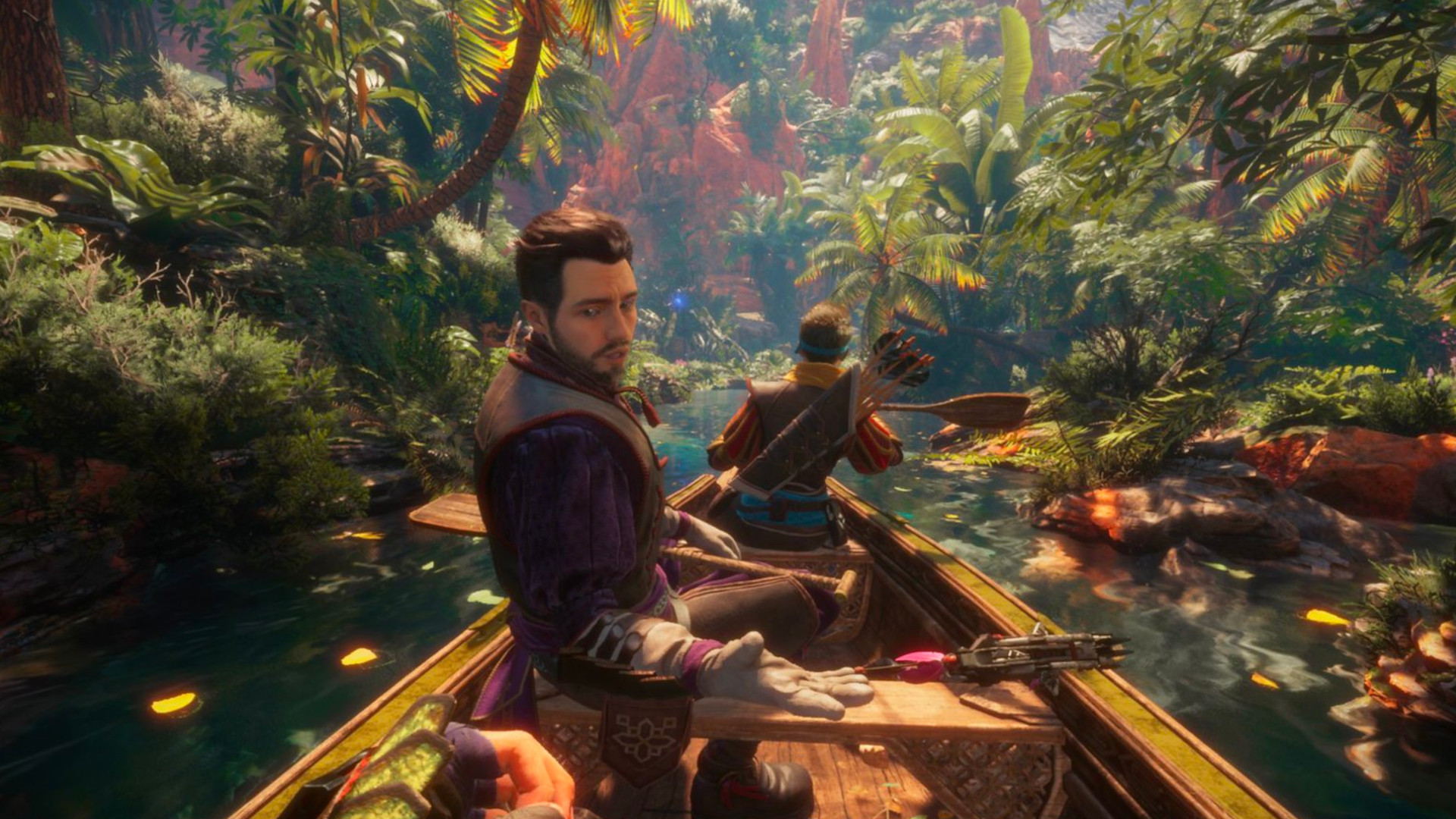 The PSVR2-exclusive Horizon Call of the Mountain just got a gameplay reveal. While the game itself was in the public eye for a while, it wasn’t until the recent State of Play that Guerrilla Games — and also PS Studios’ Firesprite — opened up a bit more about it.

The story sees you in the eyes of Ryas, a former Shadow Carja Warrior with a knack for archery and climbing. While the game does have you control an entirely new character, you won’t be alone on your adventure to investigate a new threat to the Sundom. Along the way, you’ll meet both fresh faces along with classics including Aloy, though, her presence in the story is unclear.

Ryas’ archery and climbing skills won’t be the only thing you’ll need to survive the various mech-dinosaurs in your way. During your adventure, you’ll learn how to craft new gear. You can also enjoy the scenery during river rides in Horizon Call of the Mountain, though, it does sound like the machines aren’t docile during such trips.