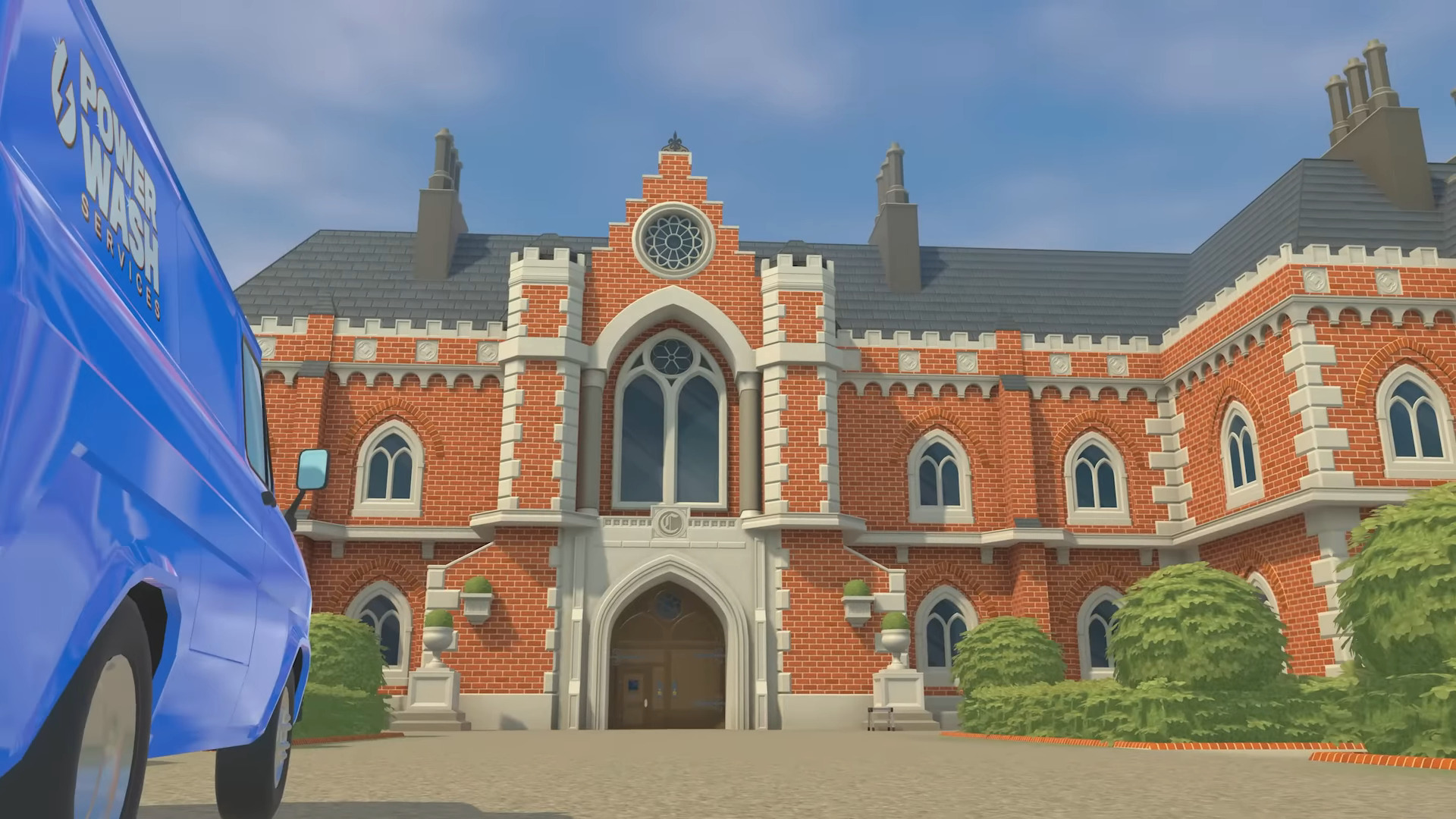 Ahead of PowerWash Simulator releasing on PlayStation consoles, it seems FuturLab has revealed a free crossover coming soon. The powerwashing sim has exploded in popularity thanks to its comforting and rewarding system and with the simple gameplay, feels right at home with doing crossovers.

Earlier this week, FuturLab revealed they’ve partnered with IP owner Crystal Dynamics alongside Square Enix to bring the iconic Croft manor from the Tomb Raider series into the game. The content will be a free update for all and will release coinciding with the PlayStation launch.

Despite the game being published by Square Enix, as of late last year, Tomb Raider rights were passed off to Crystal Dynamics, the ones who have been in charge of the latest entries of the series. Lo and behold, in this update, you’ll get to know what it’s like cleaning the Croft manor. We’re not sure exactly how it ended up as disheveled and grime-covered as it is, but we don’t ask questions, we just powerwash.

“Wash Lara Croft’s home back to its former glory with the soothing sounds of high-pressure water in the new Special Pack coming to the game.”