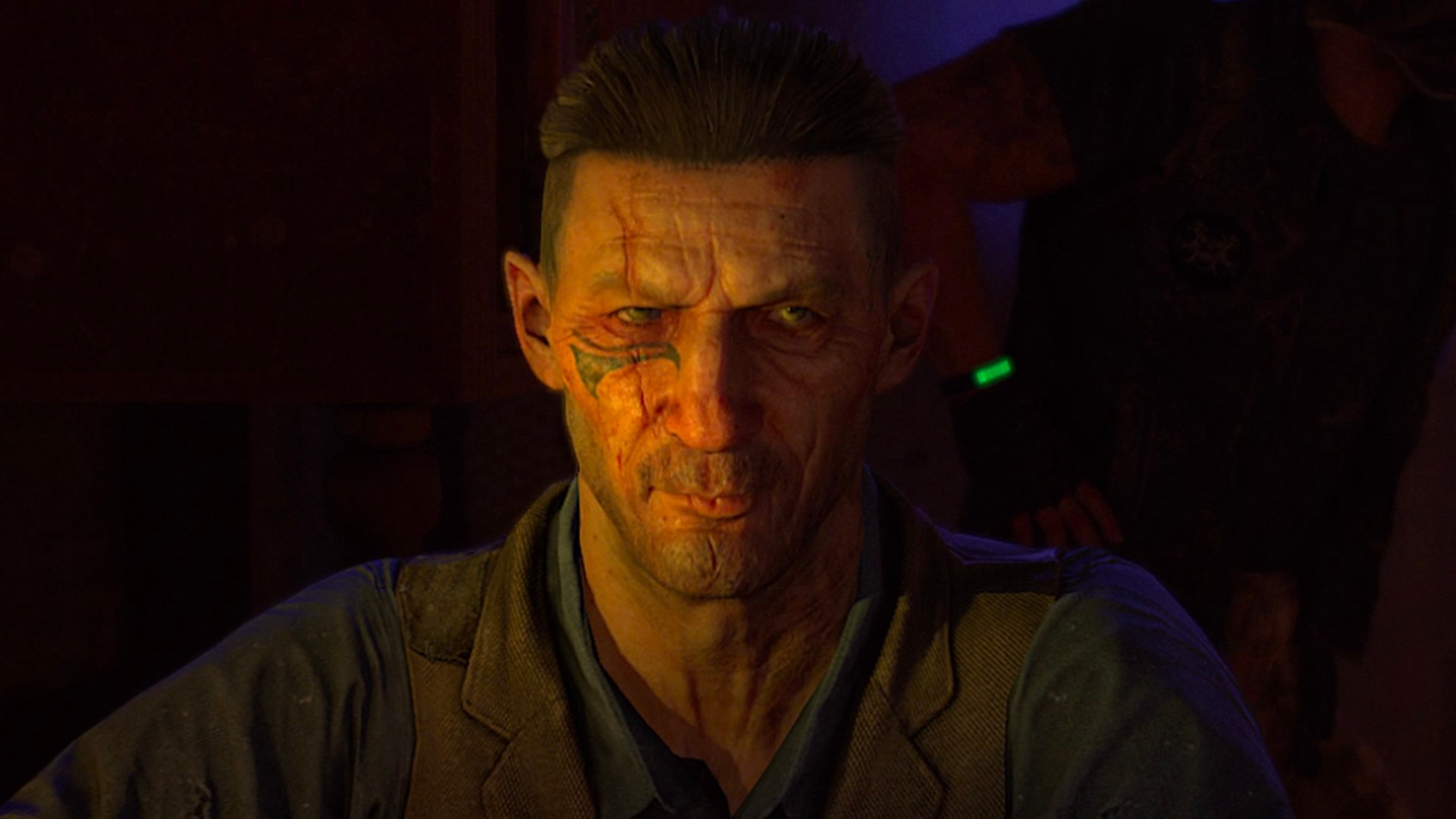 There hasn’t been a good open-world zombie game in a few years, but Dying Light 2 Stay Human is the best one since Days Gone. This game delivers the goods as a sequel, building upon its predecessor and improving elements like making the parkour mechanics more robust and adding looting mechanics. While the narrative falters and the gameplay do not innovate in its genre, Dying Light 2 is a fun action RPG that graphically offers comfortably satisfying open-world carnage and a respectable last-gen experience.

That’ll be the Day, Pilgrim

Dying Light 2 puts you in the shoes of Aiden Caldwell. He’s a Pilgrim, one of a group of nomadic individuals who travel across the country to carry messages and packages between the last remaining survivor settlements. While that is his occupation, Aiden’s primary goal is to find his lost sister, Mia. He travels to the city of Villedor after hearing intel from an informant but soon gets tangled up in growing tensions between factions. The main rivalry is between the survivors of the Bazaar and the military-esque Peacekeepers, as well as some other minor factions. Aiden will pick up work as a Pilgrim and decide which faction to side with through a series of multi-choice scenarios.

Since Techland marketed the game to boast meaningful choices and an emotional plot, this story is disappointing. The subtitle of “Stay Human” tries to be clever since Aiden is not only half-infected, but it also implies that the game tests your moral rationale. Well, the most tangible consequences of most choices boil down to what gameplay-related perks you receive rather than a world-building impact. Sure, there are multiple endings, but everything you do before does not matter. Even then, the narrative is not strong enough for you to mull over your options or think about the consequences, as the characters and main plot are run-of-the-mill for the apocalypse genre. There are a few good side quest stories here and there, and the cutscenes are decently well-made, but the overarching plot feels bloated throughout most of its 50+ hour runtime.

Thankfully, this sequel’s improved gameplay makes up for its ham-fisted narrative. The sequel goes fully RPG with leveled loot and health bars, although the nitty-gritty of combat remains identical. You’ll find instruments — blunt and sharp — as well as pieces of armor that affect your stats. Purchasable or discoverable blueprints allow for crafting certain weapon mods, consumables, throwables, and more.

Of course, though, you’ll need to embrace your inner survivalist and gather supplies by looking through abandoned buildings, gathering herbs, etc. Thankfully, this doesn’t get boring, and you’ll find yourself scrapping with bandits and zombies as little or as much as you want. The melee action is simple but satisfying with each swing, although your instruments will break easily, there is no way to repair them. The lack of repairing is acceptable since you’ll garner an extensive arsenal of weapons, doing away with the micromanagement that bogged down the first Dying Light.

Like its predecessor, where the game especially shines is in its free-running. This time around, it feels more exhilarating than ever. Since most zombies cannot climb, society has taken to higher ground. As such, you’ll be jumping from rooftops to desolate towers, and it’s amazing how seamless it feels. You can now balance on beams, swing from bars, and use ropes. You’ll also gain some sweet ways to traverse, such as a grappling hook and even a paraglider. There’s even some parkour sprinkled into combat too. If you are fighting a group of human enemies and execute a successful counter, you can jump over an enemy and drop-kick another. As you level up, you’ll gain points to spend on new abilities that allow for more dynamic traversal and combat. Exploring the world and fighting in these ways, with such great mechanics to match, is a treat.

The city of Villedor is an exciting gaming setting teeming with activities and enemy types. You’ll feel right at home with the types of things you’ll do to conquer this open world. There are very familiar activities like climbing up a windmill to repair a radio, rewarding you with new quests, merchants, and a settlement to rest up for the night. Moreover, that’s another story, since night-time is a parallel playground of danger and opportunity. Zombies become far more aggressive during the night. New enemy types appear too, like the “Spitter,” which spits acidic projectiles, or the “Banshee” that make fearsome but dodgeable leap attacks. New opportunities appear at night, too, like the “Night-time Stories,” as well generally high-risk, high-reward gameplay. There’s much more to do, I can’t list off, but you’ll be busy and satisfied with the amount of content.

A great emphasis within the narrative and gameplay loop is your relationship with the varying factions. When you do certain activities or missions, you’ll have to choose whether to favor one faction or another. As mentioned earlier, the narrative implications aren’t very consequential or engrossing up until the end of the campaign. However, the rewards you earn depend on which choices you make. Do you want combat gear such as molotov lanterns or a crossbow pack? Side with the Peacekeepers. On the other hand, the Survivors reward parkour-related additions like placing ziplines and airbags for your travels. The more you help, the more hostile or friendly a particular territory will become. It’s not Fallout: New Vegas, but I like how the factions accommodate different needs with these incentive-heavy rewards.

It was Built for Last-gen Anyway

Let’s talk graphics. The game has a slightly more stylized look than the original, boasting rich tones of color, both synthetic and natural. You’ll see ultra-violet lights intensely illuminated so you can know where to go to fend off your half-infected body fully turning (UV lights are what drives off the hordes). Moreover, some lovely warm daylight tones make the city more inviting, even if that hampers the horror atmosphere. Fans of the original’s more gritty aesthetic may be disappointed, but there is a lot to love visually. Beyond artistic choices, the PS4 version of Dying Light 2 holds up well, with the Pro version running at medium graphical settings and the base PS4 is at low settings. Unfortunately, there is no 4k resolution or HDR, but this last-gen version runs at a very stable 30FPS.

Since this review came late, I tested the co-op functionality. It works similarly to other open-world titles, where you can set your game to public or friends-only. If you set it to public, you can activate a “Distress Signal,” which players can respond to promptly in other sessions. I used distress signals often, and players joined very soon. It’s an excellent four-player co-op, and the ability for other players to vote on the story’s dialogue options is incredibly neat. Developer Techland is planning to integrate full cross-gen play, so stay tuned for that if you want to play with your PS5 buddies.

Developer Techland accumulates all they’ve learned from their action-horror catalog, delivering solidly fun zombie-slaying in this sequel. Its long-winded story may miss the mark in keeping you captivated, but the fun to be had more than makes up for that. And the PS4 version is a great option to play, running at very stable performances and maintaining very acceptable visual fidelity.