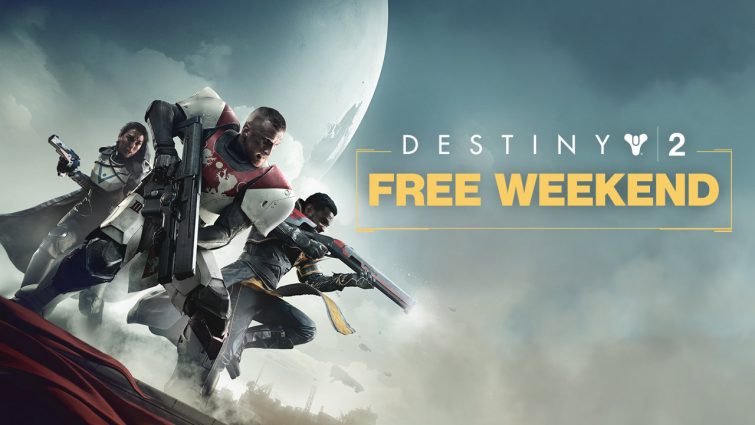 If you haven’t already had the chance to check out Destiny 2, this weekend would be a good opportunity to play it. Starting this Friday, June 29th, Destiny 2 will be free for the weekend. That includes the campaign, multiplayer, and the ability to create and level up your guardian. So, basically the whole game. Your data will also carry over if you decide to get the game.

Obviously this is a move by Bungie to try and bring in new players. What that might say about the state of Destiny remains to be seen, but there have been plenty of improvements since launch and a big, new expansion coming in a few months so there is plenty to chew on in the world of Destiny. If you haven’t already, I would suggest giving it a try.

You can pre-load the game now and get it ready for the weekend. Here are the dates and times for to play Destiny 2.

Did you play Destiny 2 when it came out? If not, are you going to check it out this weekend?