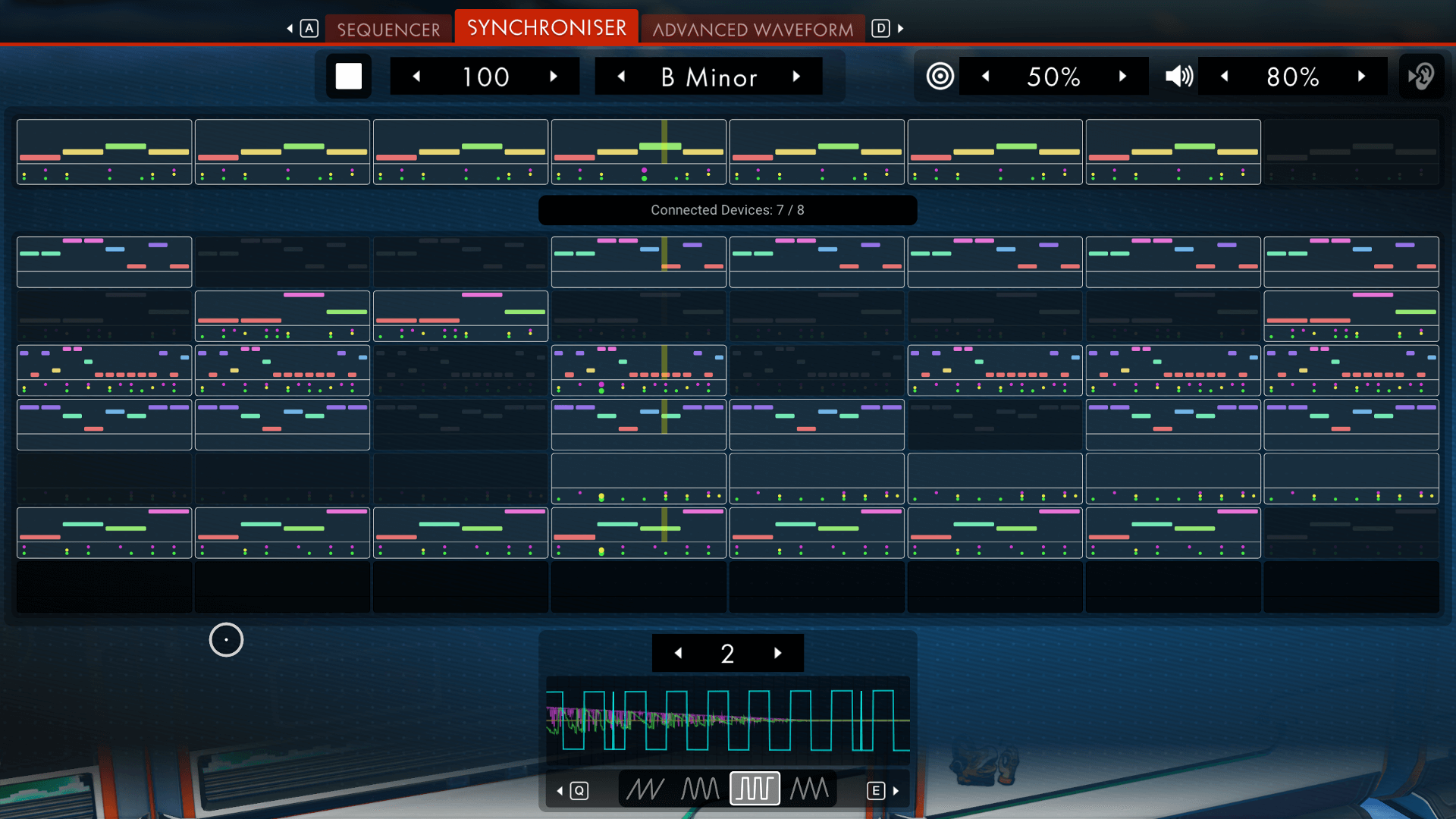 It seems Hello Games is still working hard on the space exploring game No Man’s Sky. As well as putting out updates we didn’t know we needed. In a surprise release today they rolled out update 2.24 for all platforms which includes what looks include a fairly robust music making software. It’s called the ByteBeat Device and once placed in your base will allow you to create all kinds of music and sound.

When you build the machine it’s all ready to start making procedurally generated music that adds to your base ambiance. You can simply tinker with what is generated but it’s also deep enough that you can use it as a full fledged music production machine. Similar to something like FL Studio. You can even adjust waveforms to create all new sounds. They also mentioned that you can also wire it up to lights to make them work along with the beat of the music. Creating sounds in bases has been something the community has been asking for apparently and they listened, and then some.

What do you think about the ByteBeat Device? Do you think this adds to the game?