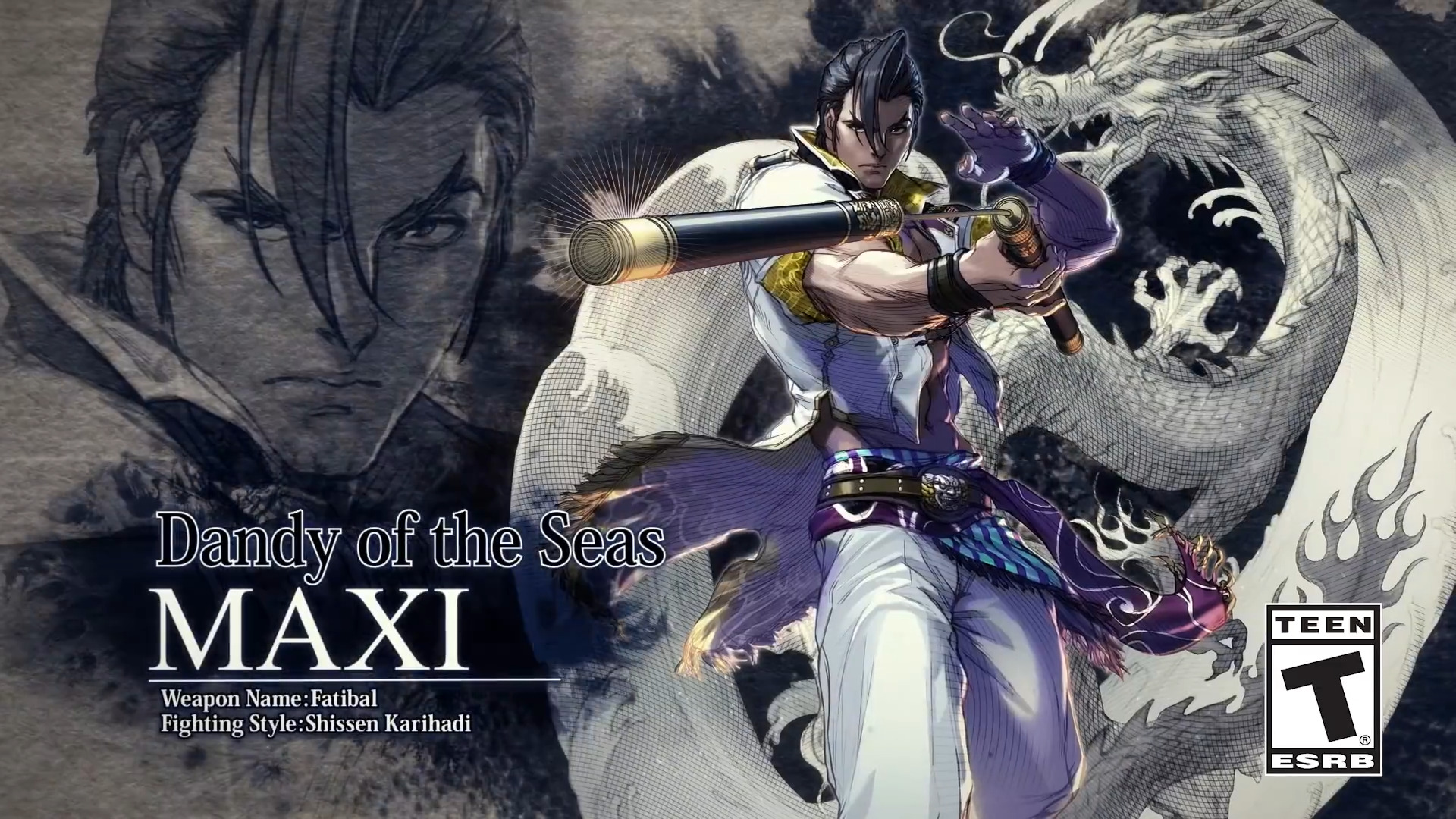 Yet another playable character has joined the ever-growing roster of Soulcalibur VI characters. We’ve seen the iconic Nightmare and Siegfried alongside newcomers like Grøh. We’ve also seen the return of the staff-wielding Kilik and now, Maxi.

Maxi has been in many of the past games and appears to keep the same style that he has had over the years. For those who were fans of this quick, nunchucku-brandishing pretty-boy you won’t have to relearn every single move as it seems he has the exact same style from previous games with a few new moves here and there.

Soulcalibur VI is said to arrive on store shelves sometime this year.