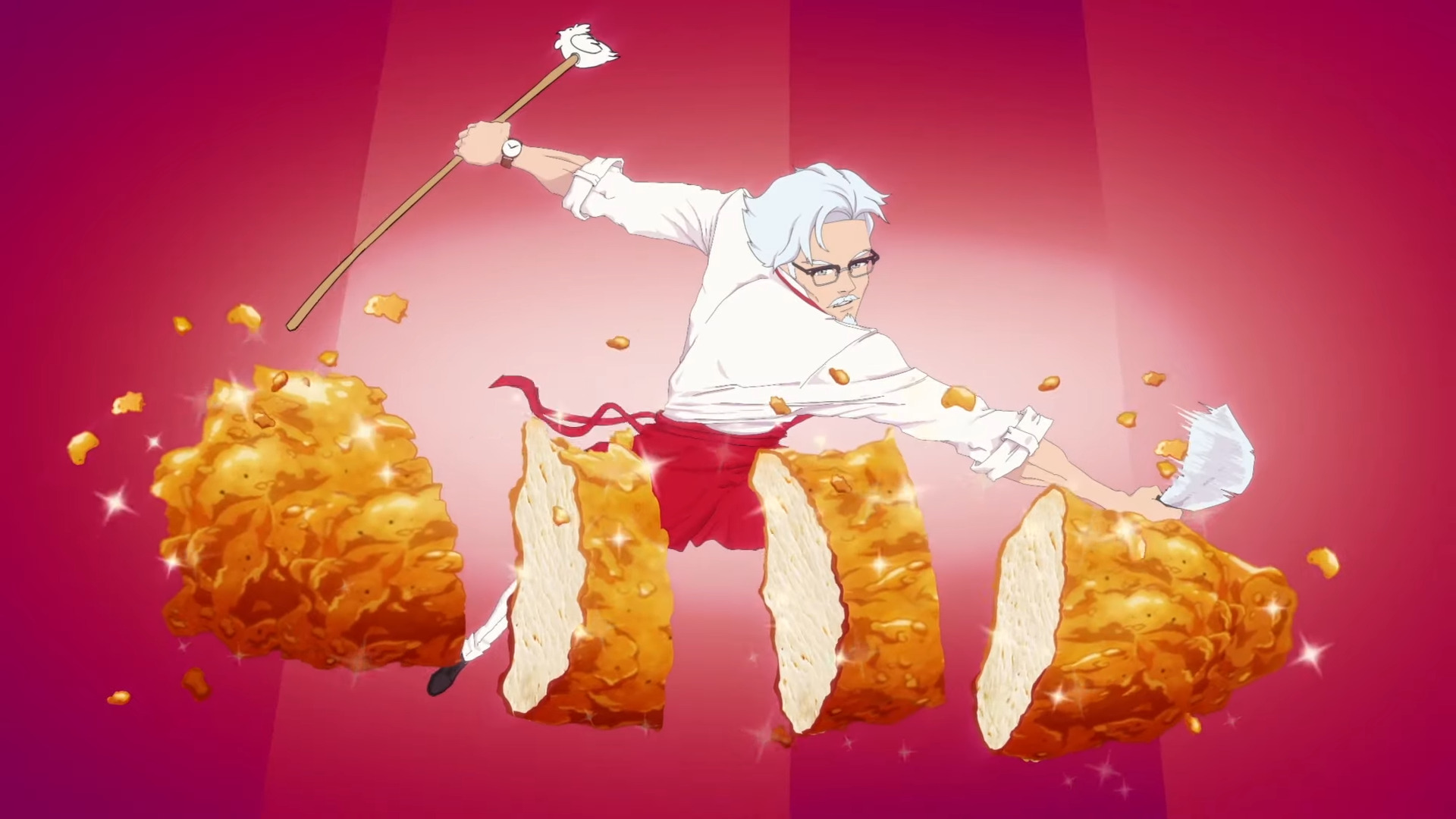 KFC has been on a mission to reach out to a wider audience. Last year, the restaurant chain known for their fried chicken, came out and made KFC Gaming, a Twitter and Instagram account dedicated to sharing memes. That’s no joke, you can find them in the search. And now they’ve gone off and joined the publisher space with their upcoming game, I Love You, Colonel Sanders! A Finger Lickin’ Good Dating Simulator.

September 10 was a bizarre day as fans and random social media users alike saw KFC’s regular account and KFC Gaming confirming their decision to make the dating simulator. The Steam page is currently up, complete with an anime-themed trailer and a description that’s just about seething with cheekiness.

The page really hammers in the fact this is the real deal with the first line of the description reading:

From the same people who brought you the bucket of chicken, comes the world’s first Colonel Sanders dating simulator.

I Love You, Colonel Sanders! A Finger Lickin’ Good Dating Simulator is going to release September 24, 2019, on Steam.

I guess, why not?!? Marketing works in many forms, and to be honest this isn’t the weirdest thing i’ve seen.