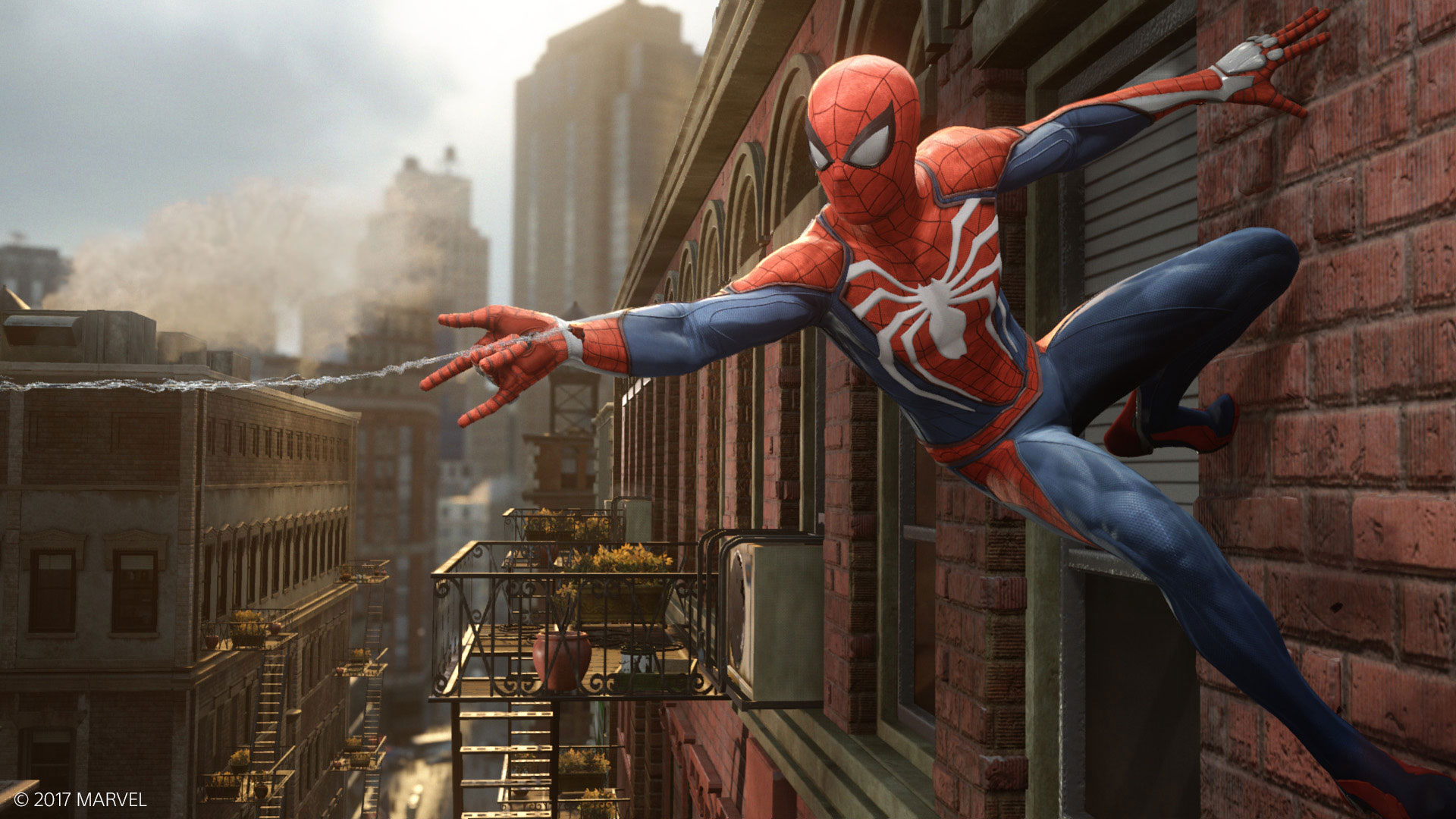 Insomniac is really hitting it hard with the Spider-Man hype. Which makes sense since it’s a first party game. This time they gave us plenty to chew on at their Comic Con conference, showing off quite a few cool things to look forward to and giving us some more details on the story itself.

We’ll kick things off with the trailer they revealed at the conference today. This video gives a glimpse of quite a few story elements and shows off even more characters. I’m still waiting for Doctor Octopus to show up.

If you take a gander at the Playstation Blog post Insomniac put up earlier, they talk about some of the themes of the game and interesting new characters. I particularly like how they are making partnership as a theme for the story. It gives the game some heart. Which is as it should be for a Spider-Man story.

If you’ve been following along you’ll know that Insomniac has been slowly unveiling different suits you can get by pre-ordering the game. Along with all the other big news, they also showed off their last suit called the Velocity Suit. It’s a custom suit made specifically for this game by comic book artist Adi Granov. Looking good Spidey! A nice little tidbit they slipped into the blog post is that even if you don’t pre-order the game you can still earn all these suits in-game.

Not only did Adi Granov work on the Velocity suit, he’s also working on a new PS4 theme. While it’s not quite done yet they gave us a little tease and it looks pretty good.

And last but certainly not least is the unveiling of the Spider-Man PS4. I’m pretty on the fence with this one myself but that doesn’t mean it isn’t doing the game justice. It’s one of the more simple designs we’ve seen on the PS4 but boy is it red. I’ll let you be the judge.

What do you think of all the news for Spider-Man? Are you excited or would you rather pass? Do you like the look of the Spider-Man PS4?