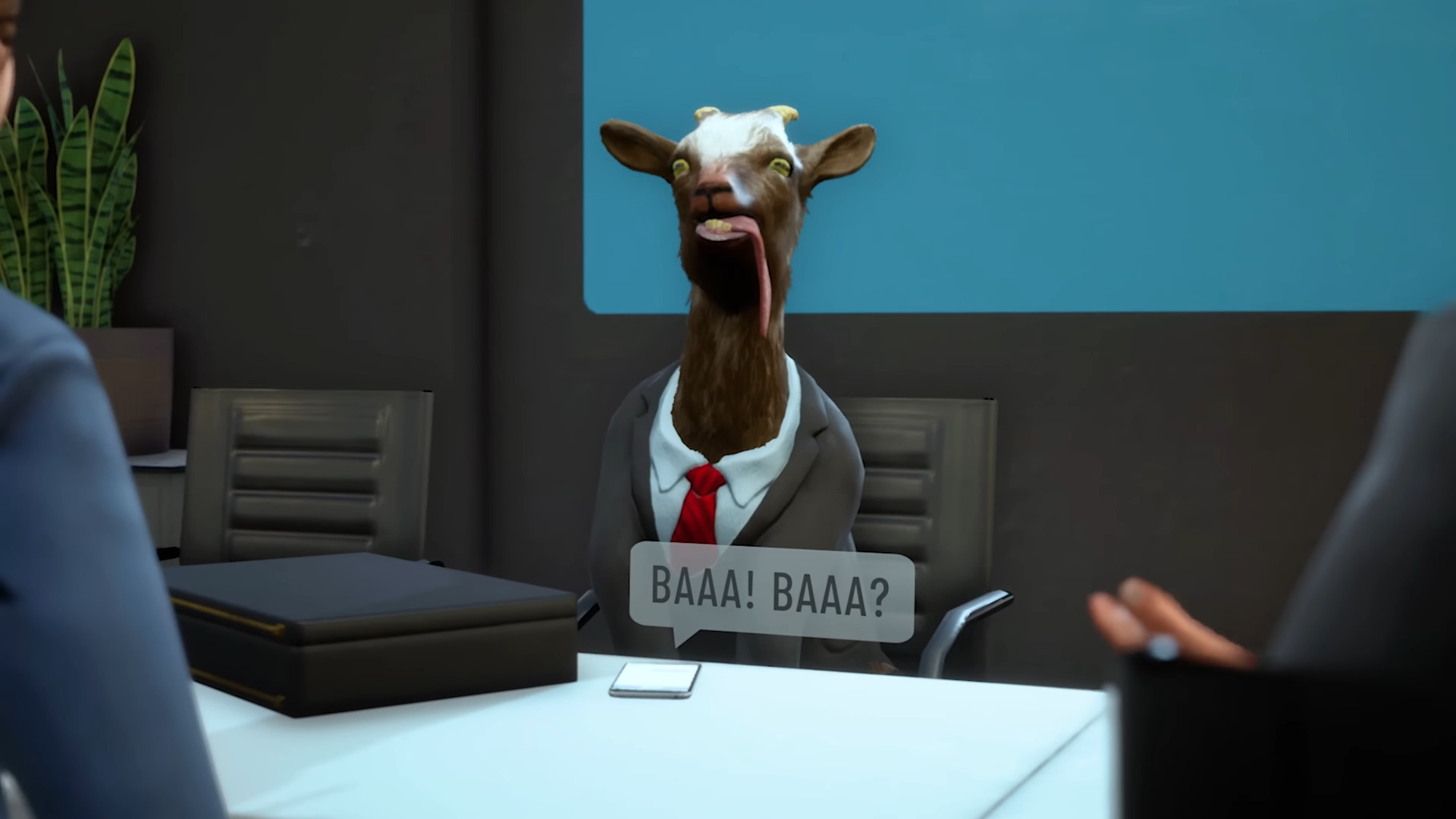 Coffee Stain North was forced to pull one of its recent trailers for Goat Simulator 3 over the use of leaked GTA 6 footage.

As reported by Eurogamer, the trailer features an NPC named Shaun. He ends up interviewed about his time working on the wacky goat game. At first, it was all zany, standard goat game stuff like the NPC bragging about his rag-doll skills.

After asking about other roles, though, Shaun mentions his other works in the pipeline, including directly mentioning that he can be seen in a major leak. As this plays on, the trailer shows a modified version of the leaked GTA 6 footage.

Needless to say, Take-Two Interactive was not amused by the inclusion and took it upon themselves to take down the video. Instead of letting it be, as it could be argued as transformative, but we’re sure Coffee Stain’s perfectly fine with being the developer that was forced to pull its trailer because a bigger studio told them to.

This sort of headline is exactly the stuff you’d expect from Goat Simulator 3 anyway, so not bad, Coffee Stain, very on-brand. We can also expect there to be some sort of Easter egg hidden within the world somewhere about this.