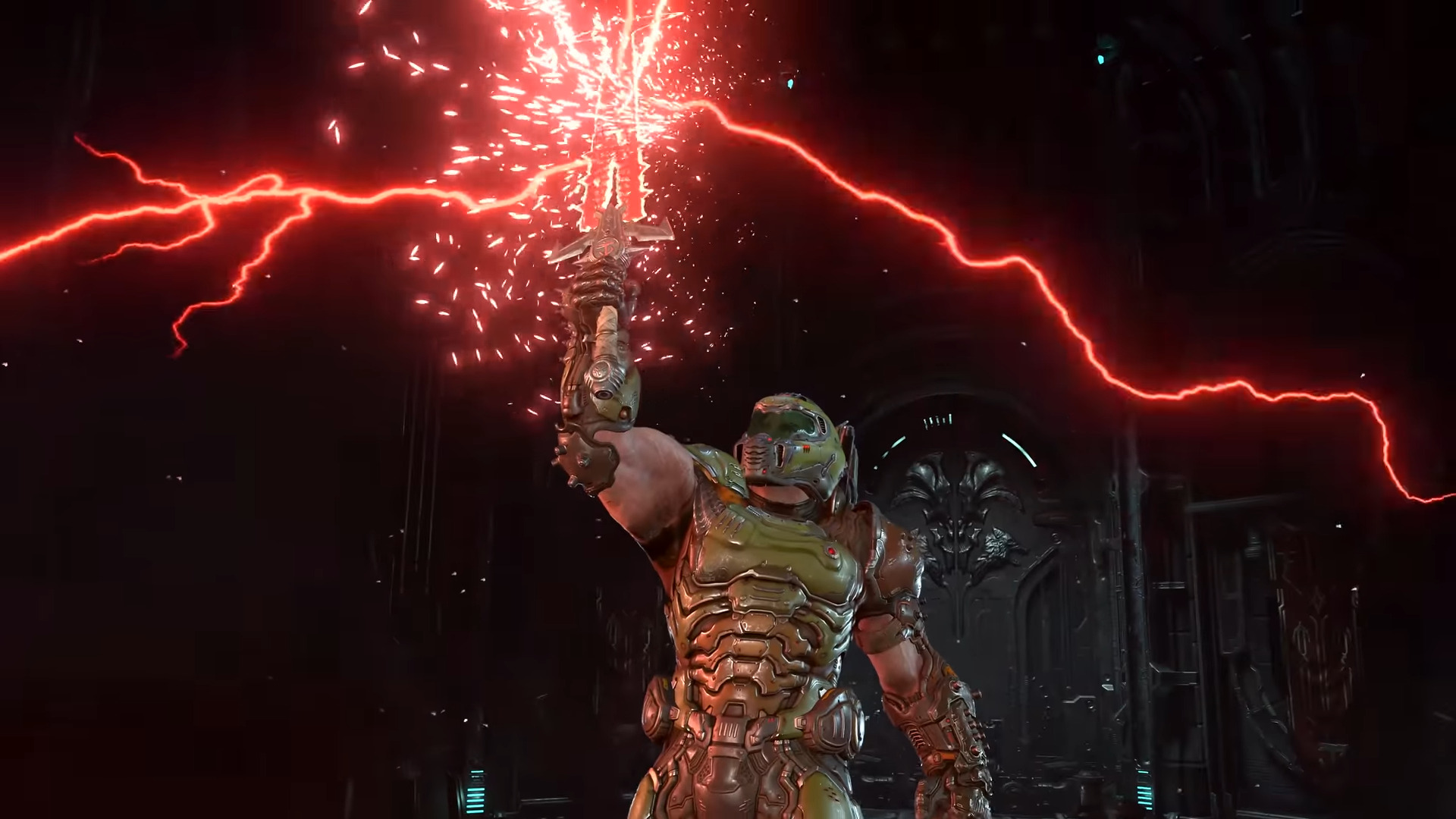 May 9, 2020 Gabriel Stanford-Reisinger — No Comments

Bethesda is offering up a sneak peek to their upcoming DLC for DOOM Eternal in the form of two screenshots on Twitter. The DLC has no release date and not much else other than these two screenshots, leading to fans having to speculate what it will entail.

The images are of two areas that are going to be in the DLC. One appears to be an oil rig in the ocean while the other looks akin to Khan Maykr’s realm.

Fans don’t have to wait too much longer for an update, though. Bethesda on Friday, detailed their plans for the first update in a blog post. The update will be complete with bug fixes and improvements to the game itself. For starters, there’s more weight to you getting slain by a demon. Once you are pounded into oblivion, that demon that ended you will be bulked up and put into a fellow DOOM player’s game.

They’re also adding in a slew of new things for their multiplayer mode labeled BATTLEMODE. These extras added include poor connection detection, anti-cheat software, a death report screen, tutorial changes, and Echelon leveling for those with nowhere to go. They’re also implementing Bethesda.net support, allowing you to play with your friends.

Single-player won’t be forgotten. In the update, Bethesda is addressing concerns players had with their campaign. Following this update, a great deal will supposedly change. Better demon tutorials are on the way alongside the ability to dash vertically in the water, change the toxic level when swimming, and balancing the game itself.

All in all, it’s looking like Bethesda is trying to prop DOOM Eternal up. It’s unclear if this DLC will include Mick Gordon’s music following the debacle.