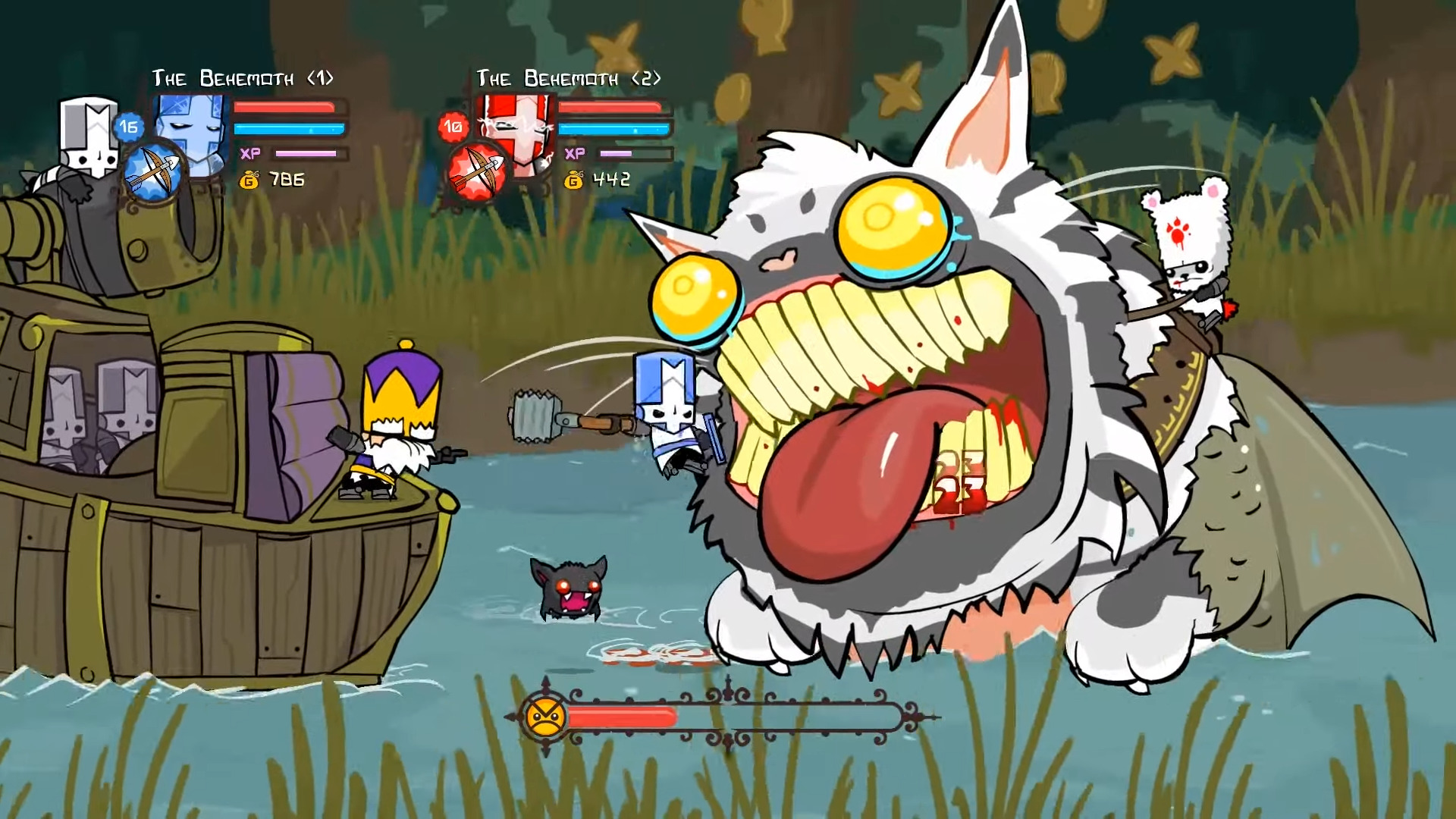 The Behemoth-developed Castle Crashers Remastered is coming to the Switch next month and the PS4 version has entered the finalizing stage. The remaster was announced earlier this year to be coming to consoles, but the release date was never made clear. Though, with August coming to a close, they felt it was appropriate to launch a trailer along with a blog post announcing its upcoming release.

The game got a remaster a while back for Steam and Xbox One. But, as said in the release date announcement, they’re generations behind when it comes to most game consoles. Their last PlayStation game was on the PS3 and the last Nintendo game was on the GameCube.

The post details what “remastered” meant and listed off the big differences. The game will feature all the charm its original had in store as well as five times the texture detail. The finicky gamer will also be happy to hear that 60 FPS is an aspect of this remaster and all DLC characters and items are unlockables. The remaster will also feature a brand-new mini game labeled “Back Off Barbarian”.

Castle Crashers was initially released back in 2008 as a co-op sidescrolling beat ’em up. The game continued to grow in popularity, leading the developer to make PS3 and Steam versions.

Castle Crashers Remastered is coming to Nintendo Switch September 17, 2019, with its PS4 port likely close behind. The game will cost you $14.99 on the eShop.