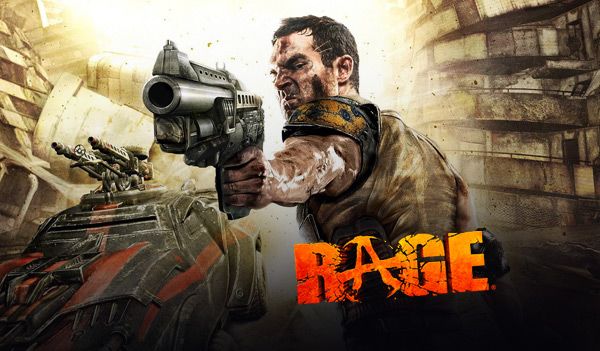 What is it that Bethesda is teasing on it’s Twitter account? It’s that time of the year with E3 just weeks away, some publishers start teasing some of their big reveals they’ll be showcasing at the show. On May 9th, Bethesda retweeted this from the official @RAGEgame account relating to a possible RAGE 2 game leak from a placeholder picture from the @WalmartCanada account, using big pink lettering and a big pink Anarchy logo that fans of the original RAGE will be familiar with (though I don’t yet get the pink connection):

As we can see in the tweet, the RAGE account points out the inaccuracies of the font, lack of all caps, and incorrect key art, but never once dismisses the information that RAGE 2 is actually a thing.

And finally, people getting onto what looks like a tour bus with ‘Anarchy Tours’ written on the side :

Certainly the look of the fashion on the person getting on the bus in the above tweet wouldn’t be out of place in the original RAGE .

The original RAGE game was development by id Software, the same developers behind DOOM, Wolfenstein, and Quake. It was a post-apocalyptic first-person shooter with similar traits to Fallout, Borderlands, and Mad Max. There was a sequel planned but cancelled back in 2012 in favour of another DOOM . With the success of the latest DOOM and Wolfenstein games, it feels like it would be a good time to revisit RAGE 2.

Will we have to wait until E3 for the big reveal or has the cat already been let out of the bag? Feel free to speculate in the comments below.