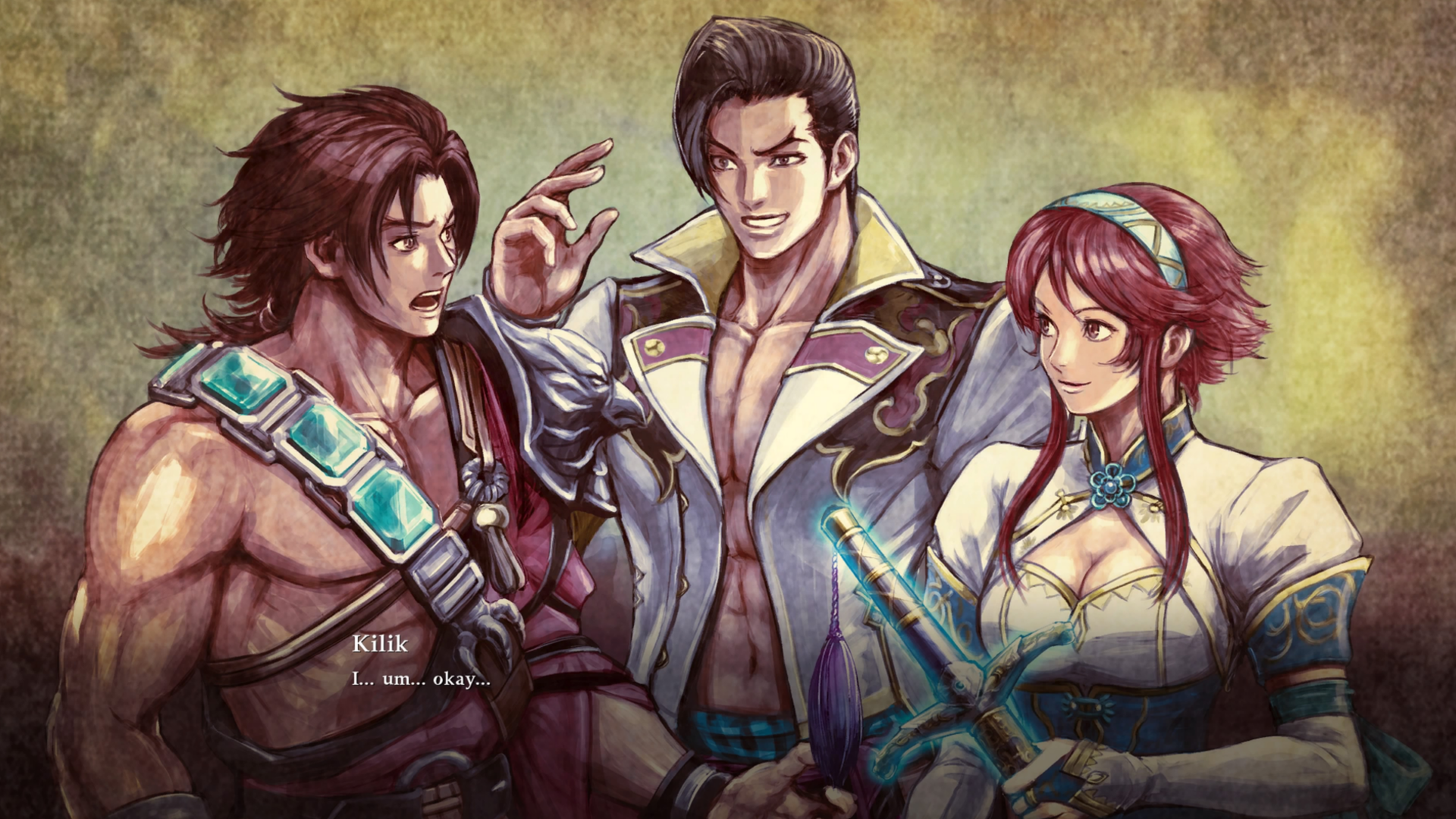 The Soulcalibur series has brought its specific brand of weapon-combat to the world for quite a while. Starting as a 1995 Japanese arcade game under the name Soul Edge. This series has been majorly developed by Project Soul and published by Bandai Namco Games. Now, it’s one of the most notable weapon-combat games out there. Soulcalibur VI is the most recent entry to the roster.

Did this entry bring anything new to the table that the previous Soulcalibur entries lacked? Should you buy it? Well, that’s what you’re here to learn and what I am here to answer.

Let’s start with what should be the most important aspect of a fighting game. The gameplay has barely changed from its previous incarnations. Circle still does a kick, square still does a light or quick attack, X still blocks, and so on. This isn’t a flaw; this is standard fare for fighting games.

One thing that was introduced was a strong move that can take a chunk your opponent’s life away once a meter reaches the top. It was in other entries, but it was easier to understand in this one, for me. A quick time event seemingly linked to the button you push following it being activated was also implemented and was pretty interesting. The time slows and the camera pans into this “epic view” as it moves around to show the player and opponent coming in to strike each other. I personally, couldn’t figure out how to activate it myself but trust me, you’ll see it eventually during a fight against the AI.

Speaking of AI, it could use a bit of work. I’ve found that if I block (or sometimes even if I don’t) there’s a significant delay before the opponent actually attacks sometimes. I’ve had moments where right as I block, they attack. Meanwhile I’ve had times where I wait a real-time three minutes before they attack. This is a minor gripe, mostly because this could easily be fixed with a patch.

The game consists of a handful of modes like any other Soulcalibur game. There’s the story mode, labeled as Soul Chronicle Mode but, we’ll touch on that in a bit. There’s Battle Mode which houses the meat of the game. One of the categories found in Battle Mode is a training sequence where you can go to hone your skills with a specific character and their combos or just have fun beating the ever-loving crap out of any character you want. Also found within Battle Mode are Arcade and Versus which will be touched on later in this review as well. Finally, there’s Libra of Soul which is new to the Soulcalibur franchise.

This entry is a prequel, taking place prior to even Soul Edge. But it does bleed into the Soul Edge timeline. The main story follows Kilik, Maxi, and Xianghua who have just met through this journey. Their goal is to traverse to the West to find Nightmare and – in turn – Soul Edge. The story was pretty decent and generally entertaining. It’s not spectacular, but I personally wasn’t expecting an extravagant story out of a fighting game.

If you’re expecting a long story, you’ll also be sorely disappointed. Though, it is important to say that there are branching stories. Each sequence takes place around the same time and tells the story of why these characters are seeking Soul Edge.

The cutscenes combine a visual novel style with moving, rectangular avatars and flashes with hints of a classic storybook theme from time to time. A majority of fighting consists of fighting generic characters like “Pirates” or “Assassins”. This was – in my opinion – a good choice on their part. Instead of having the player fight through the same characters you could play as in other modes, they tossed in run-of-the-mill NPC fighters.

Arcade Mode is the same thing as any other franchise using this mode; you pick an original or established character and climb the ladder of an eight-fight sequence. There is no special battle, no rival battle or anything. Take it as you will. You get the standard options such as the AI’s difficulty and the number of rounds.

Climbing to the top only took me about 12 minutes, which, in my opinion, was rather short. Maybe it’s because I played on Normal. The fights weren’t incredibly easy by the end, but not hard either. I won most of the battles without even losing a round. Heck, some of them I won with perfects. I even have a trophy that says I accomplished 15 perfects outside of Training Mode.

Versus is where you can have singular fights. This is also where you can pick if you want to challenge an AI or another player for one-on-one battles. If you pick an AI, you are able to set that difficulty and pick the character they play as. It’s no different from most other games that use this mechanic.

Libra of Souls puts you in the shoes of your own original character in a similar style of the Soul Chronicle story mode. You pick your race, weapon preference, and the color of your skin and hair. The clothing cannot be changed in the creation screen. The entire game mode puts an emphasis on RPG elements with the ability to choose how you act to the people around you.

Each body type has features that others lack. For example, the Shapeshifter race has no facial features to modify. The choice of race, however, plays no part in your fighting prowess. I personally enjoyed the customization, not only of the original characters, now called “Unique”, but the other characters like Voldo, Taki, Ivy, and more.

You can, of course, choose the weapon style you want your fighter to have, Voldo’s katars, Cervantes’ duel gun-swords, Geralt’s duel swords and magic, and more. This was something different than normal. In previous entries, the guest characters were special since you couldn’t make a character with their weapon.

No game is without its share of flaws, the AI’s clunkiness is a good example. Another factor that worked against it are its controls. Even though this wasn’t a big deal, after doing the same thing over and over again because that’s what works best, it can and will get a bit boring. This is especially true when it comes to fighting the AI.

I think the only real complaint I have is that playing alone gets boring real fast. All it is, is fighting the same characters over and over again in the same locations again and again. That is something that plagues a lot of fighting games but having this in Soulcalibur VI – for some reason – irks me more than any other fighting game. Maybe it’s because there were plenty of other characters they could have added but, as of right now, have neglected.

While I think this game is really fun, especially with another player, it isn’t for everyone. If you’re someone who doesn’t like repetitive gameplay, you’re best bet is to turn the other way. If you were looking for innovation, it simply isn’t here. It’s a step in the right direction but, there’s still a lot to go. That being said, if you’re a fan of the Soulcalibur franchise, by all means, pick it up, it isn’t a bad game. Just not a perfect one. If you’re looking for more information relating to the backgrounds of many of your favorite fighters from the series, you can’t go wrong with Soulcalibur VI.