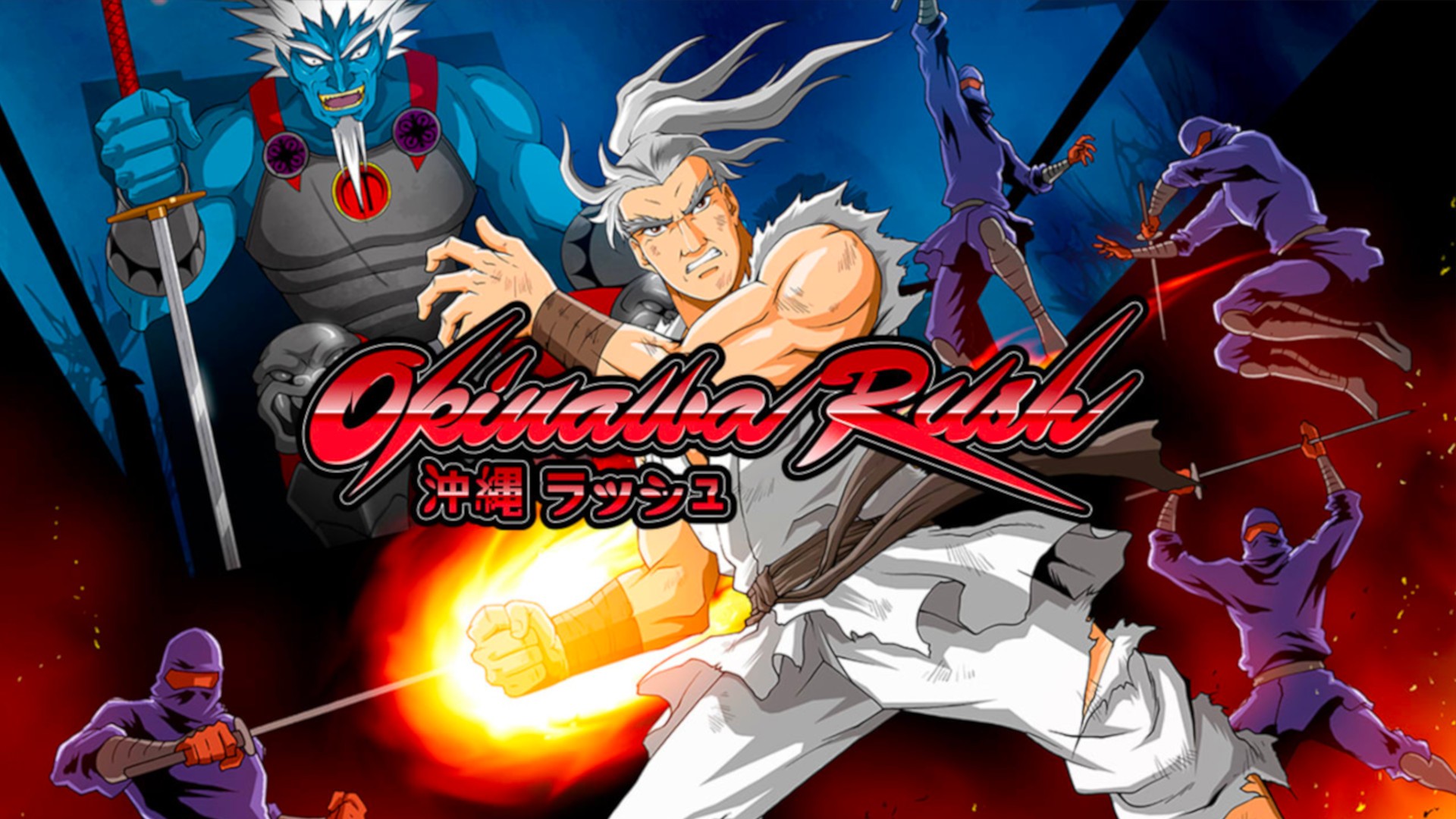 In a genre as saturated and polluted with garbage as the beat-em-up, it’s really hard to innovate and stand out. This is exactly why Okinawa Rush is perhaps the greatest example of how to do just that.

With Okinawa Rush, developer, Storybird, has spread its wings and flown the coop with this gem of a game from the bowels of mediocrity.

One of the special moves you can perform

Not A Rush Job

I was surprised when I first started playing this game that you are incentivized to practice your moveset with each of the three playable characters. Rather than just throwing you into a stage and expecting you to figure out the moveset, Okinawa Rush wants to give you everything you need to fight the forces invading your land.

There are a substantial amount of combos that you can perform and even some special moves that you can unlock with enough practice.

Once I got into the actual game, I appreciated the fact that it doesn’t hold your hand but also doesn’t try to one-up you with cheap deaths at every turn. It takes time to get you adjusted to its variety of enemies and multiple paths that you can take.

Throughout the adventure, you will also be able to pick up weapons with a durability meter and parry attacks by hitting the correct button at the right time.

If that sounds similar to Dark Souls, then that’s because it is. You can also destroy traps by tilting the analog stick in the direction that they come from at the very instant they are about to go off.

These small additions might not seem like much alone, but together they create a game with a system that stands out in one of the best ways possible.

No Need To Rush

Despite being a beat-em-up at its core, the game has substantial amounts of moments where you can take in the atmosphere and walk around to find secrets. Each level felt unique in both its design and aesthetic. There were even times when it reminded me of other games.

One level where I was in a mine looking for keys reminded me of Spelunky. Another level that took place in a colorful Japanese palace had me thinking of Muramasa: The Demon Blade.

The visual variety is on point and truly shows that the devs care about breathing life into this game’s world. Add to this the number of secrets that can be uncovered, and you have a game that can be enjoyed as both a fast-paced action brawler and a methodical, slow-paced adventure title.

Two Rush, Or Not Two Rush

The game also has a co-op system that lets players revive each other when down. While co-op in a beat-em-up is nothing new, the ability to resurrect your teammate adds a whole new layer of depth in how you want to combat each stage.

Given that the game can — at times — be fickle with the number of extra lives it gives out, having a partner to help you is much appreciated.

Although there is no online co-op, as it is regulated to local play only, I can understand the reason, as the levels are quite long and reward exploration. These are not the type of stages that you just want to hop on a random game online for five minutes.

After my 12 plus hours of playtime with Okinawa Rush, I can confidently say that this is the best beat-em-up I’ve played in the past decade.

With nine endings, a co-op campaign, a plethora of things to unlock, and a light touch of Dark Souls RPG elements, Okinawa Rush is one game that I can see both fans and non-fans of the genre sinking a good chunk of time into, if not for conventional reasons, then for the sheer variety and ambition on display here.