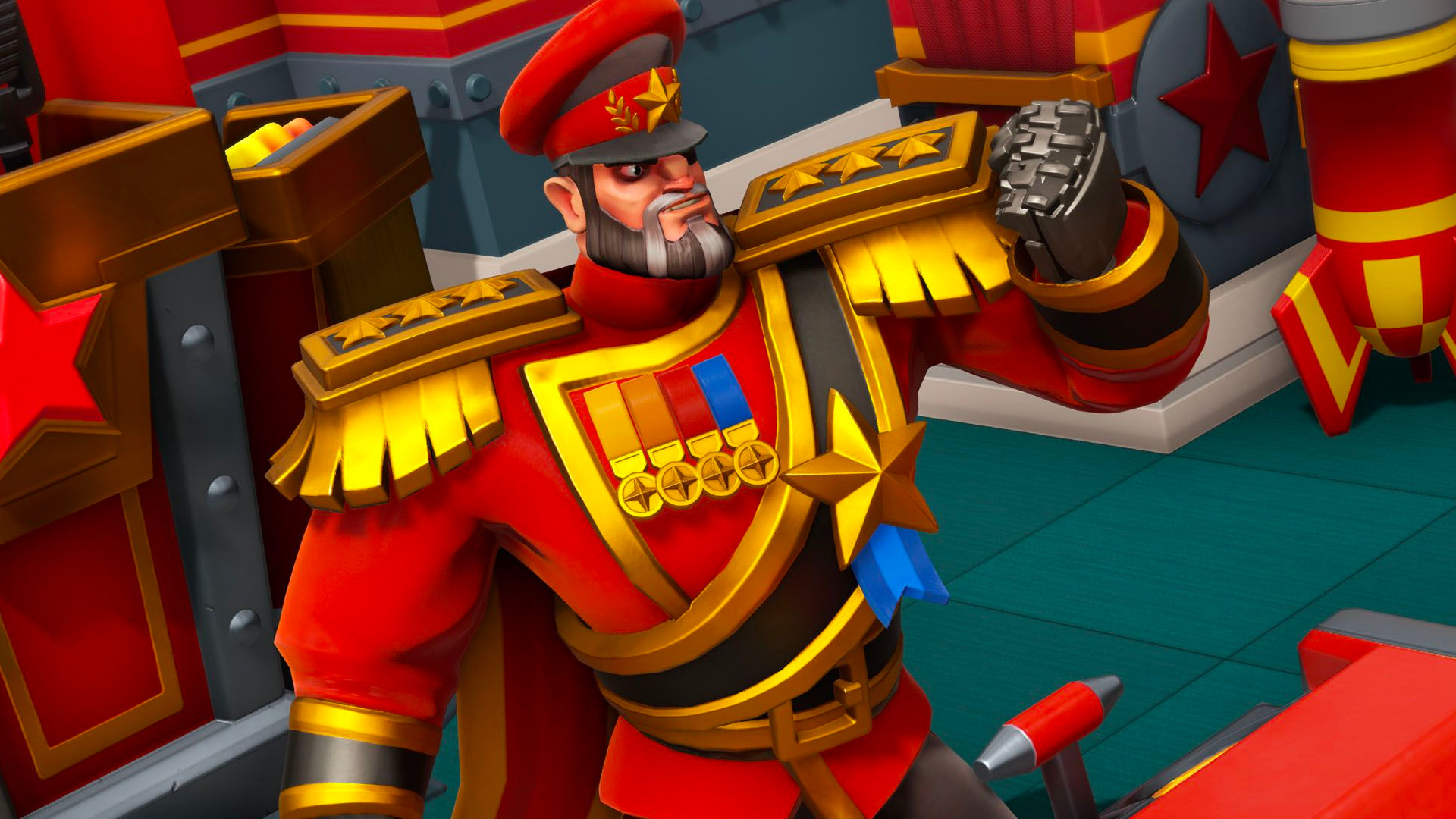 Evil Genius 2: World Domination is the type of real-time strategy game that will make fans of the genre feel right at home. After all, this is a sequel to the 2004 predecessor, and it does not significantly overhaul the pre-established formula. So while it does not innovate and can be a bit tedious, this game can offer dastardly good base-building fun.

Looking Over A Desk… Plotting Your Next Move

Evil Genius 2, as its title suggests, lets you play as a campy villain on the quest for world domination. There are four geniuses to choose from, each with their own special abilities and unique campaigns. After choosing, you’ll be expanding your mischievous operations, but not without the Forces of Justice, the intergovernmental agencies trying to take you down. They will often raid your base to assassinate the evil genius. As such, you’ll have to balance your world domination affairs with establishing a formidable HQ that not only houses your operations but also boasts traps and henchmen that will make quick work of anyone who opposes you.

The game is a satire of 1960s campy spy movies like James Bond, so it comes with the territory that the dialogue is a bit cheezy. You’ll get a lot of discussion between your chosen character and many different characters, and they are hit-or-miss in terms of humor. However, this premise is quite charming and captures the retro-futuristic feel well.

“You And Whose Army?” Well, Mine, Of Course

So you get your base, a Lair on an island of your choice, which you’ll need to expand. This base management is the real crux of the game, revolving around the building of Rooms and placement of various items with unique uses. You’ll need “Gold,” the game’s main currency, to place these things in your base, which can be earned through various ways, including Side Stories and optional objectives that can be completed passively. You’ll also need Power to run your base — I wish I didn’t have to install so many generators, it is incredibly frustrating to run out of power every half an hour. Otherwise, there is a joy to slowly expanding your evil headquarters, one tile at a time.

Your Minions will pretty much manage the practical and technical parts of everything you build and place, which is great. These guys are the cogs in the wheel — and there are several roles you can train your minions to be. Science types can conduct research to increase Minion capacity, unlock new objects, and more. Another important one is the Social type, who occupy your cover-up casino operation and tend to tourists. Then there are the Military minions, who protect your base against invading Spies, who’ll want to take out your evil genius (which will end the game). Finally is the Henchmen, who are the most powerful minions. They will be your right-hand man, either acting as the most effective researcher or the most deadly weapon in your army. This variety of servants adds a lot of flavor to the experience, and all the role types are useful and enjoyable to recruit.

No Microtransactions, But Still…

A quarter of your playtime will be spent looking at the World Map, which is the game’s greatest weakness. Here, you will be running “schemes,” which is an integral part of the gameplay loop. You’ll be sending your minions out to missions to generate gold. There are two stipulations though — the minions you send will never return and you will also gain “Heat.” This is the level of suspicion of the Forces of Justice — the higher it is, more dangerous agents will invade your lair. However, there are also schemes that can reduce your heat within a region.

The problem, though, is that the world map’s design is quite dull, and what’s worse is the schemes themselves. There’re no visuals, just flat ol’ text describing the crimes your minions will be doing. What’s worse is the ridiculous amount of time to complete a scheme. You’ll be waiting up to an hour in real-time, which is a slog when you are low on money. Yeah, the actual base-building part is solid, but this part of the game is a letdown. As it is your primary way of earning money, the whole thing can feel like an idle mobile clicker game.

Plug In That Keyboard And Mouse

This is a simple console port of the PC version, so the controls are made especially for your controller. The button allocations are ok, but as is usually the case with games like these, the game is best played on PC. Navigating through a dense selection of research projects or objects takes much longer than simply hovering over with a mouse and clicking. Building tiles is also a bit clunky simply because of the necessity of adding doors manually, which need to have four tiles to themselves and neatly fit each time. Whether on console or PC, the room construction in this game is simply not as intuitive as something like Two Point Hospital. Regardless, I recommend playing with a mouse and keyboard for a more optimal experience.

The PS4 version looks excellent — the vibrant, cartoony art style pops with HDR, and the framerate barely drops when things get hectic. Sure, there have been superior games in the sim-RTS genre like the mentioned Two Point Hospital, but this is still another great inclusion in this genre’s resurgence. It works well enough on consoles, and you get some bits of content and quality-of-life improvements with the months’ worth of patches.

Overall, Evil Genius 2: World Domination is a real-time strategy that invites you to be a cartoonish villain, boasting a solid base-building foundation. While the gameplay loop itself can become a bit underwhelming at points, with an unnecessary emphasis on passive currency, the game is appealing for its light-hearted tone and the joy of expanding an evil empire.

You can buy Evil Genius 2 on PSN here.