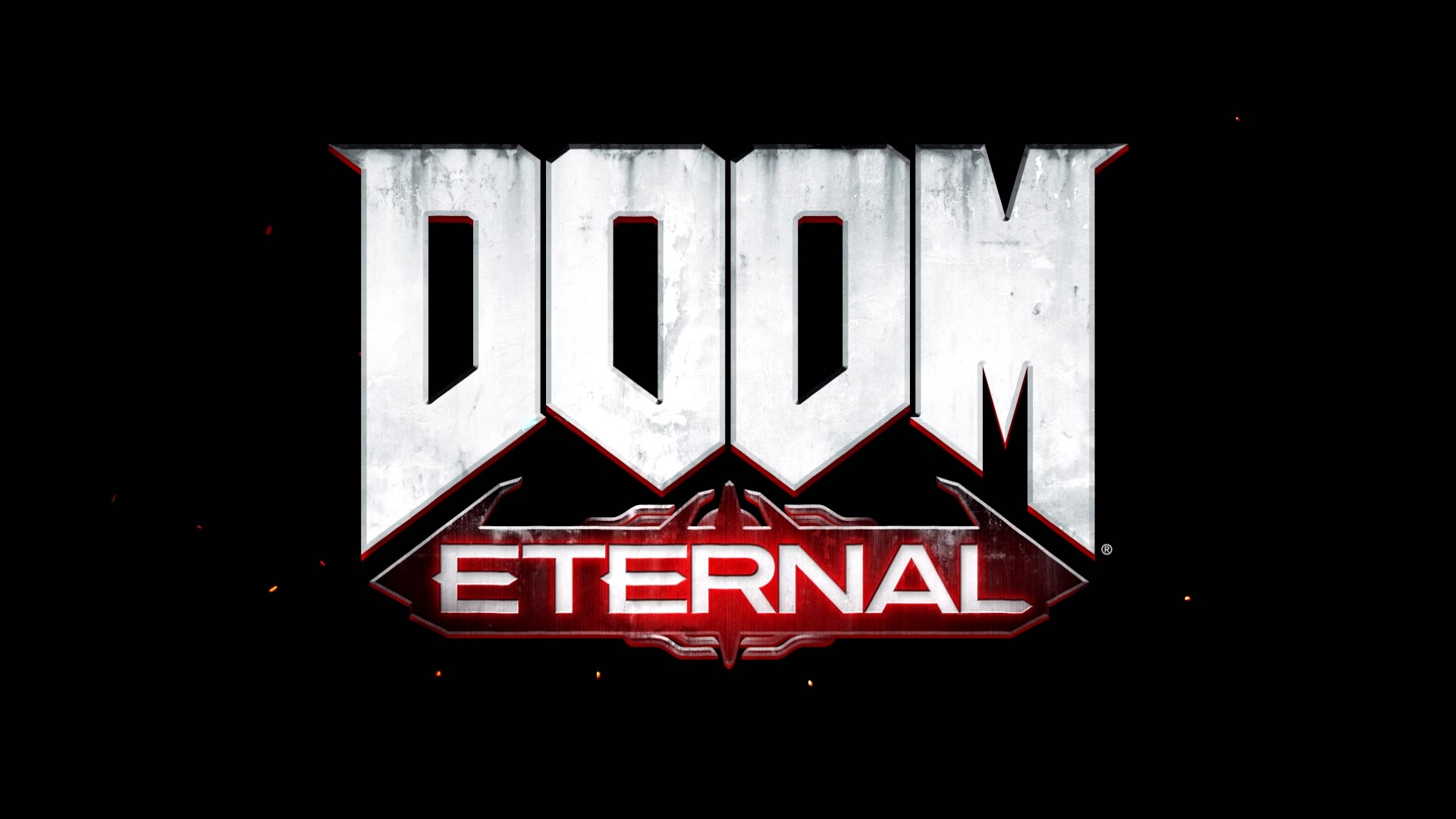 Id Software’s 2016 reboot of Doom was, by all accounts, a minor miracle. Long trapped in development hell as Doom 4 before Bethesda sent the team back to square one for a fresh take, and coming from a developer that hadn’t logged a critical hit in well over a decade, expectations were low. Of course, what we got was one of the best first person shooters of the entire generation, one of the best-looking games ever made, and a sequel that managed to pay homage to its roots while completely reinventing what twitch shooters could, and should, be.

Doom Eternal does not have the luxury of such lowered expectations. Having proven they’re still a developer to be reckoned with, id Software finds themselves trying to live up to expectations that might not even be realistic. After all, how do you take something that’s already bigger, faster, bolder and more over the top than most games ever released and still raise the bar? Is it even possible?

So how exactly do you top an already over the top game? With MORE. Everything about Doom Eternal screams MORE.  More demons, weapons and explosive tools, giving you more ways to engage in gory, bloody, campy super violence offering you more ways to brutally dismember any demon dumb enough to cross your path. More punishing difficulty, as well, providing more frustrating lows and many more exhilarating moments of bloody catharsis. You name it, and this game simply has more of it, for better or worse (spoiler – it’s mostly for the better).

There’s more story, too. Doom 2016 was pretty light with story beats, focusing on the Union Aerospace Corporation’s experiments into Argent Energy on Mars. Believed to be collected on the red planet, the UAC was actually creating portals to Hell in order to collect this energy. Hell breaks loose, and the Doom Slayer solves the problem with ultra violence. Doom Eternal picks up shortly after these events, with Hell now invading Earth itself. I came into this game expecting yet another simple, straightforward premise that did little more than establish a reason for nonstop carnage. What I got was a surprisingly deep narrative that was as ambitious and entertaining as it was utterly absurd.

The most surprising change in Doom Eternal, though, is how much they’ve ramped up the difficulty, given how challenging the previous game already was. Whereas Doom 2016 gave you some time and space to get your bearings before really throwing things at you, Doom Eternal is content to start kicking your ass from the moment you pick up a gun, and it never really lets up until the credits roll. I’m not sure I’ve ever wanted to pull my hair out while still in the tutorial phase of a game before, but I came close here. Doom Eternal drops a surprising variety of powerful enemies on you right away, with their own strengths, weaknesses and strategies, and asks you to reconcile all that on the fly, with a few sparse hints along the way, and not a lot of health with which to weather your inevitable mistakes.

Gradually, though, the game’s mechanics also start to open up as you’re given new weapons, tools and abilities to help you fight back. As in the previous game, you can eventually weaken an enemy enough to ‘stagger’ it, leaving it in a vulnerable daze and allowing you to close in for a brutal melee finisher known as a Glory Kill, which partly restores your health. In Doom Eternal, every enemy type has a unique weak point which, if you destroy it, can open it up for a Glory Kill much faster. The faster you can rack up Glory Kills and replenish your health, the better your chances of survival, which makes learning enemy patterns so you can obliterate their weak points a tactical necessity.

To get enemies to that point, Doom Eternal gives you a plethora of new ways to rain punishment on your foes, most of which have ridiculously stupid, ridiculously awesome names like Flame Belch and BLOOD PUNCH. Flame Belch turns enemies into armor pinatas by lighting them on fire to make armor shards fall out. Blood Punch is exactly what it sounds like – a massive melee attack that turns everything into a bloody mist. A supercharged Glory Kill that is built up over time and does not require an enemy to be in a staggered state, once Blood Punch is ready you can unleash it on multiple demons at once, instantly annihilating them as you are showered in extra health.

The simplest addition to your arsenal, the dash, is also the most important. Tapping the Circle button while moving in any direction allows you to instantly dodge almost any attack and, more importantly, adjust your positioning to better target enemy weak points without taking return fire. The Pinky demon, a staple of Doom games for decades, is tougher to kill and more aggressive than ever in Doom Eternal. Heavily armored in the front, it can take a metric ton of damage and, if you’re not careful, it’ll pin you in a corner and eat your face for lunch. However, a properly timed dash followed by a fully automatic shotgun salvo up the butt will turn it into kibble in a hurry.

WHO PUT THE A-RPG IN MY FPS?

Each of these abilities, along with all your many weapons, can be upgraded into more powerful variants as you progress through the game, as can your health, armor and ammo capacities, much like the previous installment. There are also new explosives you can utilize, new equipment you can deploy, and the Praetor Suit upgrades also make a return, along with Runes. This time around, there are also Slayer Gates, which function similarly to the optional missions required to unlock runes in the 2016 installment, only much more difficult to find, let alone complete. There’s so much more to the combat systems in play, I could literally spend the rest of this review detailing them, but some things are best experienced for yourself, especially since Eternal offers a significant amount of customization in play style. Suffice it to say there is no one right way to approach Doom Eternal, and figuring out your own method of mayhem is half the fun.

Eventually, as the game starts to run out of new enemy types to throw into the mix and you enhance your demon-slaying potential, Doom Eternal stops feeling quite so intimidating and sadistic, and starts to feel rather rhythmic, if brutally so, as it ratchets up the intensity and finds new ways to test both your reflexes and your strategy. The gunplay in Doom Eternal might not boast the fine-tuned perfection of a Bungie shooter, but what it lacks in precision it more than makes up for with perfectly fluid, frenzied combat, often requiring split-second decisions about which targets to prioritize, and how, while trying to keep a running tab on ammo status, gear cool-downs, which abilities are charged, and more. When there are 20-30+ enemies on the map with you at once, it can be overwhelming, but Doom Eternal seems to take glee in how punishing it can get. This was best emphasized when I spent several tries beating a very powerful, heavily armored, incredibly difficult boss about halfway through the game, and my reward was being asked to fight two of them. At once. Both my brain, and my poor, already over-worked fingers, were screaming, but I was grinning like an idiot the whole time.

WHEN MORE IS TOO MUCH

As mentioned earlier, Doom Eternal is all about giving you more, and unfortunately that extends to some of its flaws, both new and returning. The previous game had a wonderful, subtle campiness to it that worked by virtue of everything about the game being patently absurd, yet conveyed with a grave sense of urgency and (ahem) impending doom. It was a fine balancing act few pieces of media ever really nail, and so it was disheartening to see that approach thrown out the window in Doom Eternal in favor of wacky voice acting and wink-wink nod-nod self-referential jokes. Much like Borderland 2’s Hyperion Corporation New-U Station constantly cracking dumb jokes about reincarnation or the afterlife every time you respawn, Doom Eternal comes with its own holographic assistant, showing up every now and then to crack wise in the most annoyingly cheerful voice about how wonderful it is that demons are here to kill everyone and destroy earth, and how grateful we all should be.

Additionally, the already so-convoluted-it’s-useless map from Doom 2016 is somehow even more frustrating this time around, so confusing it only ever served to get me more lost. I spent a lot of time wondering if the icons showing on the map not being the same ones explained in the map legend was some cruel joke, before deciding it was better for my mental health to just stop using the map altogether and simply run around until demons tried to kill me again. This didn’t always work, either, as some levels are even less linear, and more labyrinthine, than the previous installment. I actually lost about an hour and a half of game time to wandering around a level that seemingly had no exit, with the 3D map only making things worse, before I finally gave up. Coming back fresh the next day, I restarted the mission only to realize that a Cyber Mancubus was supposed to come crashing through a wall, opening a path to the next portion of the level; for some reason, this did not happen the first time I entered this area.

The biggest complaint I have with Doom Eternal is that sometimes it’s just a little too much. There’s so much being thrown at you, in terms of new systems, new story beats and expanded lore, new enemies and everything else that it becomes too difficult to really enjoy any one aspect of what the game has to offer. Doom 2016 didn’t suffer this problem at all, with a mostly pitch perfect mix of pacing, combat and intensity that still offered one hell of a rush without leaving me feeling overwhelmed.

RIP AND TEAR, UNTIL IT IS DONE

That’s more of a compliment about id’s previous work, though, as for the most part Doom Eternal is a fantastic installment in a legendary franchise. It’s refreshing, seeing an established developer taking an established franchise and deciding to do something risky with it, and that’s exactly what id Software did here. Not content to rest on their laurels and simply offer up more of the same, when most people would have gladly eaten that up, id Software chose instead to push boundaries on all fronts, seemingly with a mission of finding out just how much they could get away with before someone started questioning their sanity.

Doom Eternal is not going to be for everyone. A lot of people will be turned off by the difficulty (though there’s no shame in playing on Easy, folks), and many more may be unimpressed with the outlandish makeover the creators have given the franchise. Those looking to test their reflexes, skills, and sanity, however, are going to find lots to love here.  Supremely difficult, extremely rewarding and, above all else, absolutely unrelenting, id Software has once again set the bar for the hyper-violent twitch shooter genre with Doom Eternal.