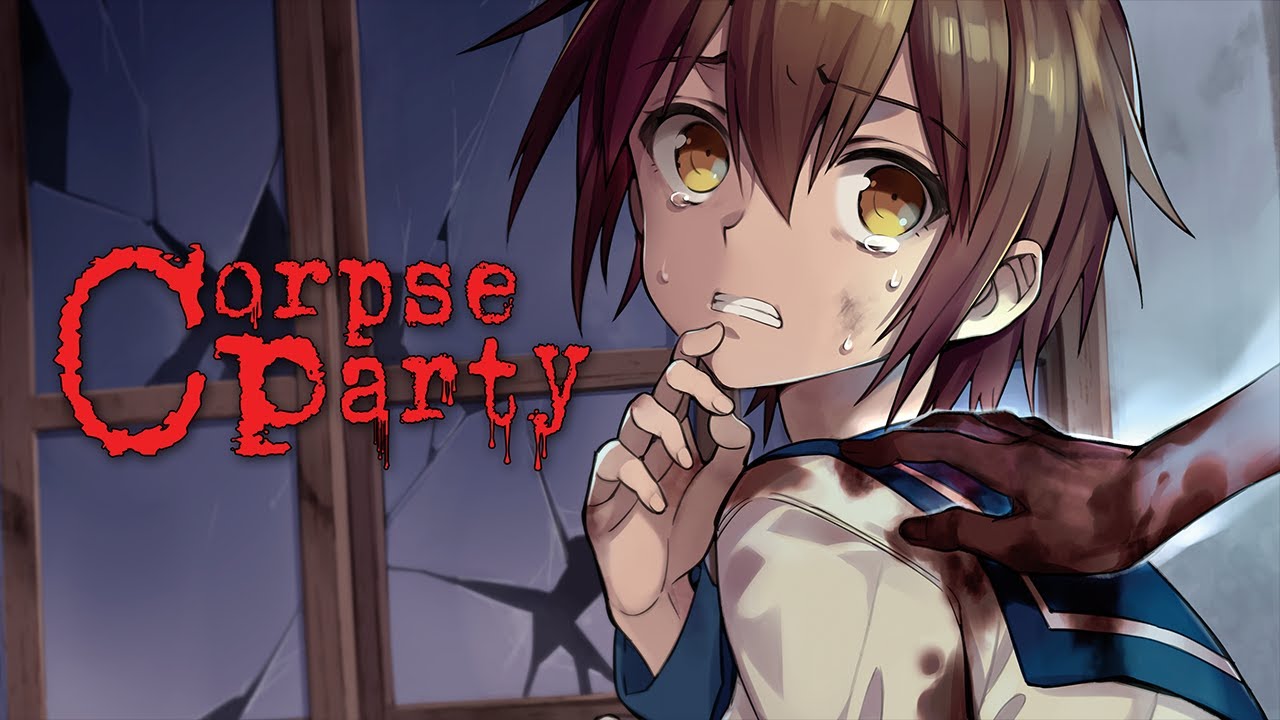 Spooky season is here, and you may not know what to play to get yourself into the ghastly spirit. Well, Corpse Party (2021) is this year’s answer to horror gaming and then some. It’s an impressive piece of the macabre with a nostalgic art style, a gripping story, and disturbing imagery.

Corpse Party revolves around a group of students from Kisaragi Academy and opens on their gathering for a classmate leaving for a transfer. So that they never forget each other, one of the gang suggests performing an incantation. However, the ritual goes horribly wrong, and the group is transported to Heavenly Host, an elementary school abandoned in the 1970s due to a series of murders. Separate from one another in different dimensions, they must find a way to survive amidst the presence of malevolent spirits.

Since the cast is split apart, you will play varying scenarios of survival-horror with every chapter, which focuses on a particular group of students. The first strength in the story department is character development, and every member stands out in their own way. You’ll get to know their personalities in how they react to these situations, and the cast is likable. There is also the mystery of the elementary school murders, which unravels itself satisfyingly and is well-paced. It’s a captivating story-driven visual novel, and the horror is more subtle than the game’s title may imply.

Top-down, third-person exploration is how Corpse Party plays. If you’re nostalgic for 16-bit era games, you’ll feel right at home with it. That is until you step foot in the creepy halls of the Heavenly Host school, which is an unnerving setting. To progress, you’ll need to enter the various classrooms searching for essential items, dialogue cues, and switches. As such, the only gameplay elements are puzzle-solving and exploration, and that’s fine. Thankfully, because the puzzles are simple, they do not distract from the story. Although it can get repetitive since you will be walking around the same locales for most of the game’s runtime, exploration is engaging for the lore and immersive, novelistic descriptions when interacting with objects.

The choices you make when interacting with certain items, choosing dialogue prompts, and entering rooms can dictate whether you live or die. You can meet your demise by losing all your HP to an environmental hazard or the many situations where you will have to run away from a vengeful assailant. There are also wrong decisions you can make that can result in failure. These range from interacting with particular objects & running out of time to picking the wrong dialogue prompt(s.) And, man, you won’t be able to soon shake off the impact some of these bad endings have on you. Prepare for some of the most harrowing descriptions of pain and death you’ll ever read, along with some haunting voice delivery, all set against a black screen.

Assaulting the Senses, one Scream at a Time

The voice acting and overall sound design are integral to Corpse Party as a distinctive horror experience. Every character is voiced in quite the Eastern anime-ish way, but the performances are still believable and compelling when they need to be. You’ll hear a lot of screams, crying, and death sounds which sells the vulnerability of these mid-teen pupils who are utterly unprepared for the horror that awaits them. Through the acting, many individual personalities develop nicely, fleshing out the characters even further. Heavily complimenting the drama is the soundtrack, which is hit-or-miss in terms of its suitability. There are a lot of upbeat songs, which are good in their own right, but for a horror game, it’s not so effective. Some of the tracks are atmospheric, but the game is at its most unsettling with no music or a droning sound.

Even if the game is a rerelease, the aesthetic is well-realized and still holds up. With the visual novel style and various anime portraits, it’ll almost feel like you’re playing Persona. And while there is a screen border for resolution purposes, this does not distract from the nice in-game sprite graphics. However, there are several filters to give the game a more fitting look. I find that it can look a little too vibrant, so I recommend applying the ‘Noise’ filter. Finally, various pieces of artwork act as visual representations of important moments, some of which are now animated. I’d say that some of these cutscene-like moments do take away from this experience, as some of the supernatural baddies look somewhat cutesy, while other pieces of cutscene art are disturbing.

My favorite artwork. The character portraits look great too

This is an enhanced port of the 3DS version of the game, Blood covered: …Repeated fear. This year’s version includes all of the Extra Chapters, which are additions that primarily expand upon minor characters and plot points. They are short and sweet supplements, and there are sixteen of them, including two new Extras. One of them is set in 2020 and features a new character. While I didn’t like the on-the-nose references to COVID-19 (a trophy is called ‘Social Distancing’), it has an intriguing premise and teases a spin-off of sorts for the franchise. Surprisingly, the other new chapter is based on a bad ending, which is a welcome change. There is also binaural audio, which means that there is now fully simulated surround sound. Corpse Party wouldn’t be nearly as effective without its atmospheric audial design, so I definitely recommend a playthrough with headphones.

You’re Never too Late to This Party

Corpse Party (2021) is a thoroughly engaging piece of survival horror. The cast of characters is likable enough, the atmosphere feels palpable, and it is morbidly fun to unlock all of the bad endings. And considering the new extra chapters and binaural audio, this is the definitive version to play.

You can buy Corpse Party on PSN here.