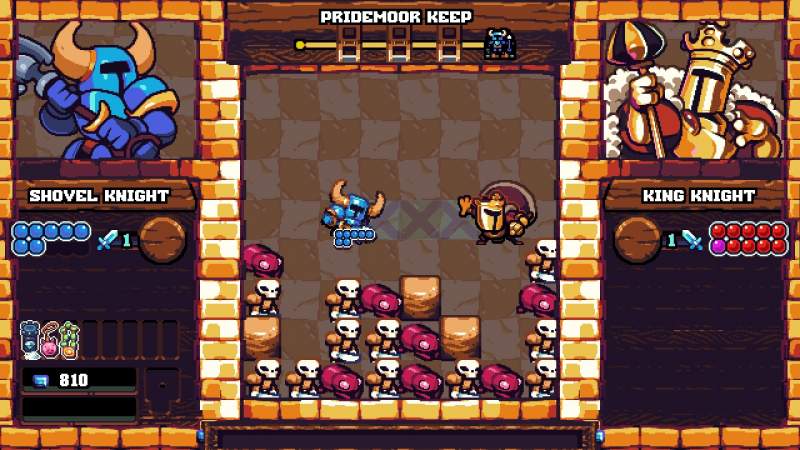 When you purchase the game, you have the option to have a discount. You should not waste your time searching for a PlayStation promo code every time you buy online, but If you want to try out different types of games, you can try this SugarHouse promo code. The casino game has unique gameplay features in specific versions. This game attracts a lot of gamers with its wide range of possibilities.

This is a short guide explaining how to obtain the true ending in Shovel Knight: Pocket Dungeon.

It’s a terrific game, by the way. This is one of the best puzzles we have seen in a long time. Whether you play on a PS4 or Switch, it’s terrific. Now let’s look at how to unlock the true ending in Shovel Knight: Pocket Dungeon.

Shovel Knight Pocket Dungeon: How to Get the True Ending

When you’ve completed all ten levels and defeated Puzzle Knight, you’ve completed the game. In a sense. There are credits, but it’s clear that someone is tying Puzzle Knight’s strings, and he’s just as stuck as the rest of you in the Pocket Dungeon. The next step in the game requires you to accomplish many complex tasks. To begin, you’ll need to visit four special shrines.

During regular playthroughs of the game, you’ve probably encountered at least one shrine. You can enter a bonus area or a shrine through a black vortex that appears in several stages. Every shrine is guarded by a massive skeletal figure known as the Shrinemaster, who must meet specific requirements to enter and claim the critical fragment within. To obtain the actual ending, you must collect all four essential pieces in one go.

Key Fragments: Where to Find Them?

Critical fragments of the game can be found in the third, sixth, eighth, and ninth levels. Due to the default ordering of the levels, these fragments will appear in Lich Yard, Chromatic Caverns, Stranded Ship, and Flying Machine.

To open a gate, the Shrinemaster needs three keys. The keys can be saved between stages, so keep a few when you don’t need them early on, so you have them when you need them to access this shrine. The first time you unlock it, you’ll also find Shield Knight, a playable character.

When you see the Shrinemaster again, he asks you to sacrifice one HP. If you have a Meal Ticket upgrade, this will hit you less heavily, especially if your characters have a lower overall health pool. If you visit for the first time, you will also find additional information.

It requires a large sum of money to complete this part. Shrinemaster will now ask for 20,000 gems, a large amount that might almost pay for two Relics at that point in the game. You won’t be able to collect this much in the first stage, so plan and skip improvements in the previous stage so you have enough gems to purchase your way in. Once you enter the camp for the first time, the Black Knight will join your camp as a playable character.

In the fourth and final part, a unique boss battle will occur with the Shrinemaster. You should have a good handle on your construct by this point in the game, so stick with the strategy you created to take him out and grab the final piece.

Once you have all four fragments, go to the Scholar’s Sanctum and fight Puzzle Knight as usual. With the key in hand, you’ll unlock new story portions and a new location, as well as two new boss encounters. When you succeed in completing this extremely challenging gauntlet in one run, you will get the actual ending.