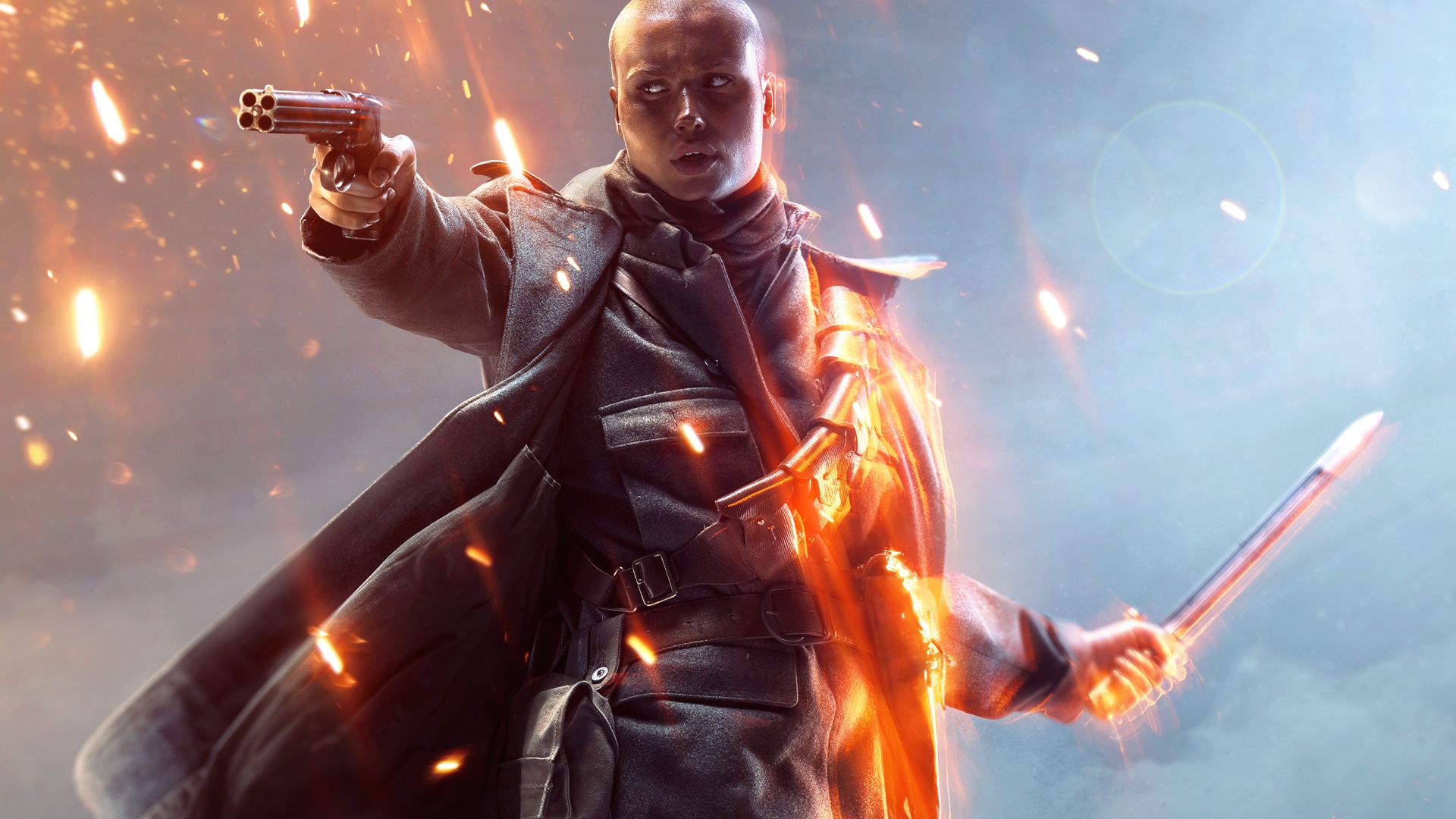 Advertise in this spot for $30. Seriously, please do it. We need food money.

This past week, EA and DICE announced the next installment in their critically acclaimed and commercially lucrative Battlefield franchise. Going back to World War II for the first time in several installments, the game also features female soldiers in prominent combat roles. This revelation went about as well as you’d expect, if you’ve been following gaming at all over the past five years, with hordes of angry young men protesting the “politically motivated” attempts at “social justice”:

How dare this company force (gasp!) women on this obviously male-dominated industry (that is actually female-dominated if you go by the raw numbers). How dare they ignore their user-base (by choosing to be more representative and inclusive of their user-base). How dare they ignore “historical accuracy” by depicting women fighting in a war they never fought in (that they actually fought in).  It’s a real “clusterwhoops”, alright. Let’s see if we can’t break this down and get to the root of the problem.

Let’s dispense with that last argument first: Women most definitely did fight in World War II. Yes, even on the front lines. Yes, in large numbers, up to 100,000 in some countries. Women played a central role in all aspects of the war effort, even if they weren’t typically part of America’s or Britain’s fighting forces (though several did serve on the front lines in the Air Force, and more than 350,000 women served in the US armed forces during the conflict both at home and abroad). Sometimes it’s easy to forget that this was called World War II for a reason; by the end of the war, almost every nation in the world had joined the fray to some capacity. Many of these nations employed women in combat roles, several of whom were highly decorated. The former nation of Yugoslavia (now Serbia, Macedonia, Montenegro, Bosnia and Herzegovina, Croatia and Kosovo) had military forces exceeding half a million, and women made up over 100,000 of their fighters. Russia, which played a central role in the eventual defeat of the Axis powers, deployed women in both their infantry and their air forces while much of the French Resistance was made up of, and led by, women.  Those who genuinely care about historical accuracy are generally aware of this, but historical accuracy was never the issue here, any more than “ethics in games journalism” was the real issue behind Gamergate.

But that’s really beside the point, because DICE has never been particularly concerned with historical accuracy (nor should it be), which makes any concerns about historical accuracy either hilariously ignorant or hilariously disingenuous; take your pick. Battlefield games have always played fast and loose with history, even when portraying ostensibly historical events. Liberties are always taken in creative media to portray more dramatic narratives, which is exactly what DICE has always done. In that context, it should only matter whether women in combat roles can aid in creating the sort of dramatic narrative that the game is going for. On that front I think the obvious answer is “yes”.

One of the few things these outspoken “critics” seem neither willing nor able to acknowledge is that the inclusion of women in games can really only benefit everyone, unless your only real objections are based in juvenile misogyny. Women comprise more than 50% of the global population; they, and their stories, are central to the human dynamic and understanding who we are. The more often they are represented in the stories we collectively tell, as an attempt at acquiring that understanding, the better.

Even more important is the realization that games as a medium do not belong to any one group of people. Video games most certainly do not belong to this extremely vocal minority group of young, (mostly) white males who presume to be the gatekeepers of acceptable representation. One of the best things about games is that, no matter who you are in real life, once you’re in a game you can become anybody, or anything. Your imagination, and the imagination of developers, is your only limitation. The notion that we should only ever be allowed to be men, or as is more often the case white men, is really just a feeble plea from insecure little boys to handicap the possibilities of gaming in order to assuage their fragile egos. If women in games bother you so much that you place faux-historical accuracy above equal representation, it’s probably time to put down the controller and get some fresh air.

Advertise in this spot for $30. Seriously, please do it. We need food money.