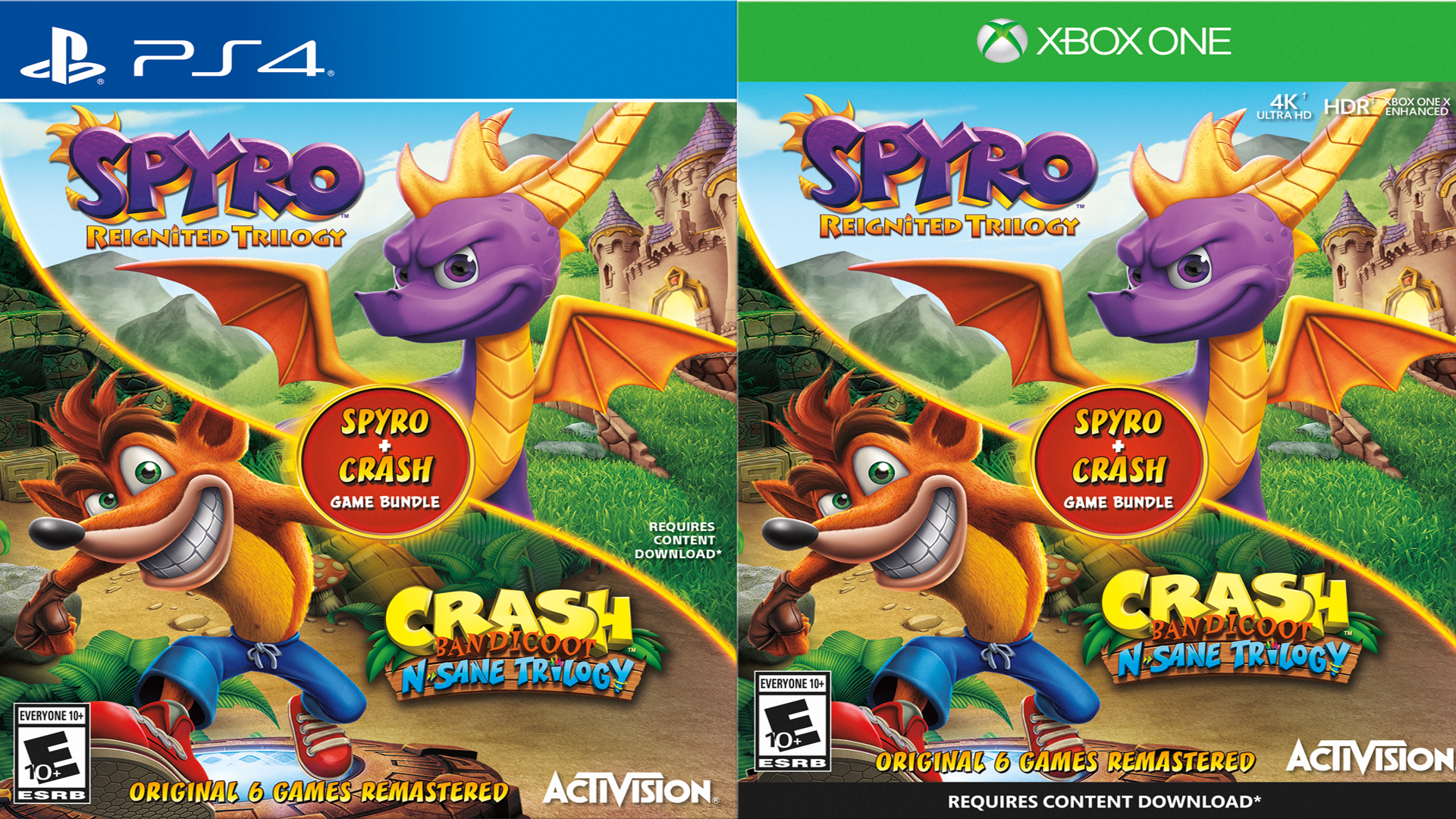 According to a ResetEra user, Spyro and Crash will be coming together into one bundle. That is if the now unlisted Wal-Mart page is to be believed.

This ResetEra post contained information and a list of retailers with pages for the bundle including Wal-Mart. The set is set to release this November. The thing that makes this post stand out is the evidence. Even though most of the listed sites have no cover art, the Wal-Mart listing does have box art.

The post goes into other details such a listed price of $59.99, which is a steal of a deal for essentially six games. It will also require content download. Most of the information was pulled from Wal-Mart’s digital storefront. Its description, however, remained on display.

Your favorite Dragon and Bandicoot are back! With the Spyro + Crash Remastered Game Bundle, you get two fully remastered trilogies, the Spyro Reignited Trilogy and the Crash Bandicoot N. Sane Trilogy, for a total of six iconic games.

The Crash-Spyro bundle, aptly named the Spyro + Crash Remastered Game Bundle, has yet to be announced, as such, this still counts as a rumor. But with Wal-Mart leaking this, it wouldn’t be surprising if this was a real thing. If the post is to be believed the bundle will be released November 13, 2018.