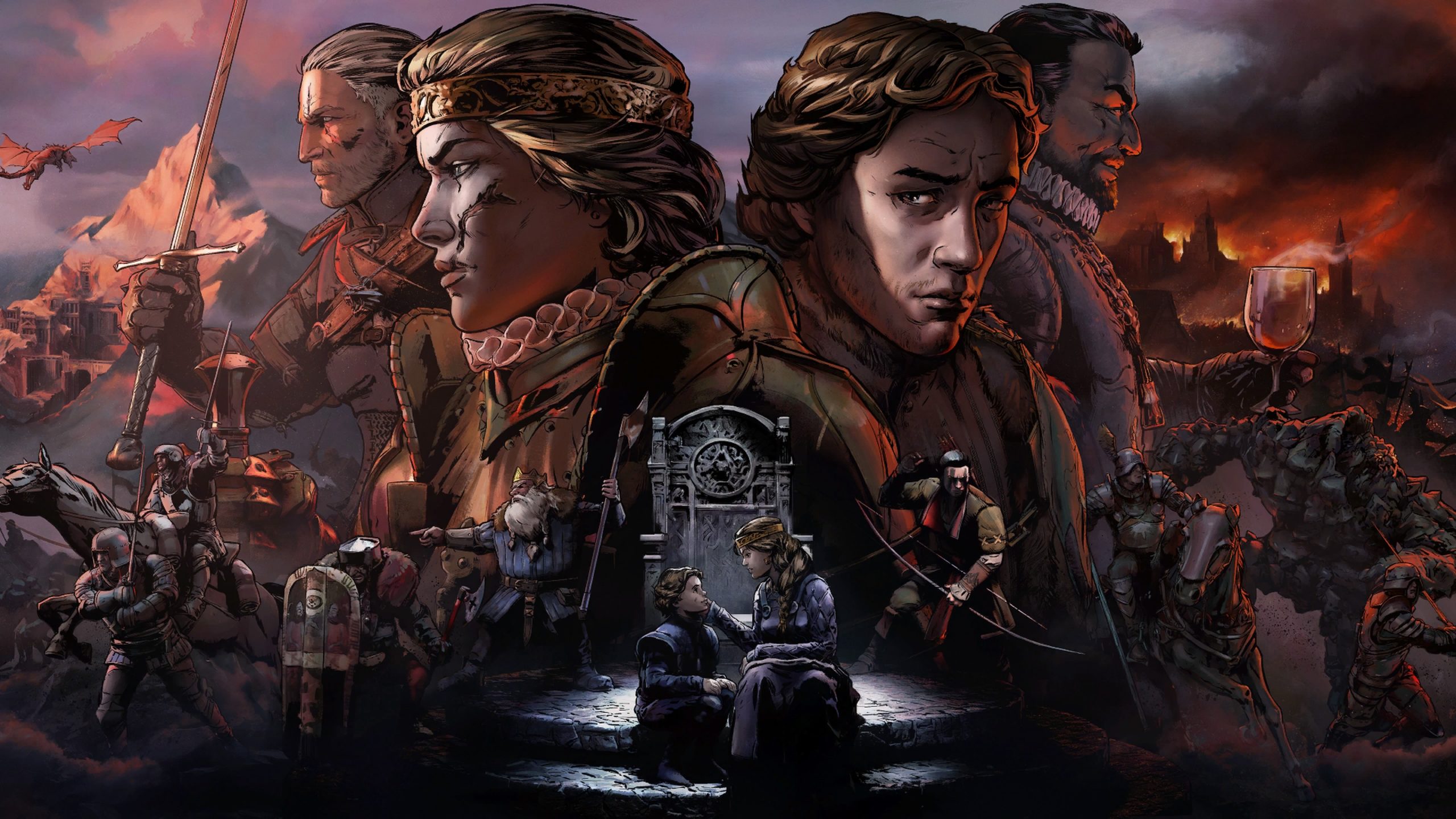 Somehow, Thronebreaker: The Witcher Tales outstrips its card game mien to become an astonishing hybrid of rapturous visual novel presentation and fun resource management. This review will attempt to focus primarily on the non-Gwent aspects of the game, which is not a devastating omission considering the gameplay is strikingly similar to its eponymously titled F2P card game counterpart. The game shines brightest with its story and characters. Thronebreaker tells a truly epic fantasy tale that embodies the best parts of the adventure genre, crafting an effortlessly compelling narrative. Even if you hate card games like myself, there is a surplus of quality to enjoy in this enriching RPG.

The Legend of the White Queen

Set three years before The Witcher trilogy, Thronebreaker follows Queen Meve, ruler of Rivia and Lyria. What starts as a mission to stop the Strays, a group of muggers, soon develops into a full-blown war between the Nilfgaardian Empire and the Northern Realms. After a group of conspirators executes a plot against Meve, she gathers a ragtag group of loyal partisans and the previously hostile bandits to take back her home and fend off the imperial invaders. Unlike Geralt of Rivia’s often impartial stance on political affairs, Thronebreaker’s protagonist has a duty to uphold the values and interests of the North, ensuing an engaging perspective on familiar Witcher lore and history.

The White Queen and her cast of followers are characters that feel more fleshed-out and nuanced than most characters in The Witcher trilogy. Heck, even the writing and story is better than The Witcher 3’s superhero-like narrative that culminated in facing the cliched evil force ‘Wild Hunt.’ Thronebreaker’s accounts are personal and close-knit — you will get to know your followers through the trials and tribulations of a grim situation. Even though Thronebreaker has barely anything to do with witchers, the presence of the series’ gloomy atmosphere and the chance to explore unseen regions should entice many fans of the series.

As well as Gwent, the gameplay has another part to it — exploration. In-between battles and cutscenes, you will be walking across five beautifully rendered regions from an isometric angle. Each realm is diverse in terms of topography and visuals. Chapters can take place over moon-lit grasslands or snowy mountain ranges. Either way, you are treated to a subtle visual treat, showcasing lush colors and contrasting outlines that makes everything look discernibly striking.

As commander of an army, you will have to gather resources for the war effort. This is achieved by exploring, as you can frequently stumble upon piles of wood to collect. Gold can also be obtained by looting enemies after a victorious battle. Lending an ear to a peasant’s troubles can also yield a surprising donation. The thing about Thronebreaker is that it rewards this kind of patience — from exhausting dialogue to exploring every square inch of the surroundings.

Triangle brings up a map that authentically imitates the noble art of Medieval vellum-produced maps. Here, several icons steer this crusade towards the right track. ‘Points of interest’ can be scenarios that offer choices for you to consider supplies, gold, and morale, with the last of those attributes impacting your army’s strength. One-time offerings can be made at wayside shrines to increase morale if you go on a streak of unscrupulousness. If you sacrifice too many soldiers for the greater good, there will be Conscription Posts for hiring more forces. Finally, there are Golden Chests for intrepid collectors, rewarding a hefty chunk of coin and ‘epic loot’ for the Gwent multiplayer card game. Overall, gathering resources works as it should, and there are plenty of opportunities to regain/balance your currencies.

Set up Camp; Ride Before Dawn

Your camp is the backbone for assuring victory over the enemy. There are places that each serve an essential function. The command tent is for customizing your card deck and recruiting units, and the workshop is for upgrading Meve, the camp, and the retinue. You can also gradually build more structures like the Training Grounds, which can be used as a practice mode. Base management works well for a PC port, although a snap-on effect for the hand cursor would have been ideal.

The most exciting places to be are the Royal Tent, where you can read documents (seriously), and the Mess Tent. This is where you can chat with your party members and uncover what motivates them to fight in your company. These conversations dig into the backstory and sometimes even the psyche of characters. Personalities range of the not-so-merry band can range from a verse-preaching zealot to a scarred veteran. The indelible dialogue on display here makes for one of the best cast of party members in an RPG recently.

Compassion — The Basis of Morality

While on the journey, many main and side-story scenarios will be put forth that lead to a multi-choice selection. These are presented in the vein of a book, with a picture, a narrator, and sound effects to help visualize the scene. Some may even appear in the face-to-face cutscenes. In any case, the moral fiber of the player’s being will be tested. Will you listen to the advice of your subjects or go with a gut feeling? To paraphrase Kreia from Knights of the Old Republic 2, “[Sometimes] you do more harm with an open hand than a clenched fist.” Compassion and generosity can sometimes lead to misfortune for everyone — so a limit must be made according to the situation. Decisions can give way to impactful consequences like a party member leaving the group or the demise of an entire group of people. Choose wisely.

Let us get this out of the way. Although I am no fan of card games, Gwent feels so standoffish to the point that it seems to drive away newcomers actively. The tutorials and visuals during battles do a poor job of easing a newbie in the groove of Gwent’s nebulous rules and ponderous pace. CD Projekt Red developed an incredible and detailed isometric world to roam around. Therefore, it could not have been that difficult to make the gameplay that of a different genre. The option to skip battles on the ‘Adventurer’ difficulty setting is a godsend if you share the same trepidation. However, if acquainted with Gwent, puzzles, and fights with other kinds of special conditions, mix up the formula nicely.

Gamers everywhere should give the royal treatment to Thronebreaker: The Witcher Tales. It is a stunning display of storytelling that rarely stumbles throughout a 25-hour runtime. While bogged down by the stiff card-playing, the easy mode can turn Thronebreaker into one of the best visual novels around. With 30 endings and an arresting art style, this is one utterly unmissable tale.