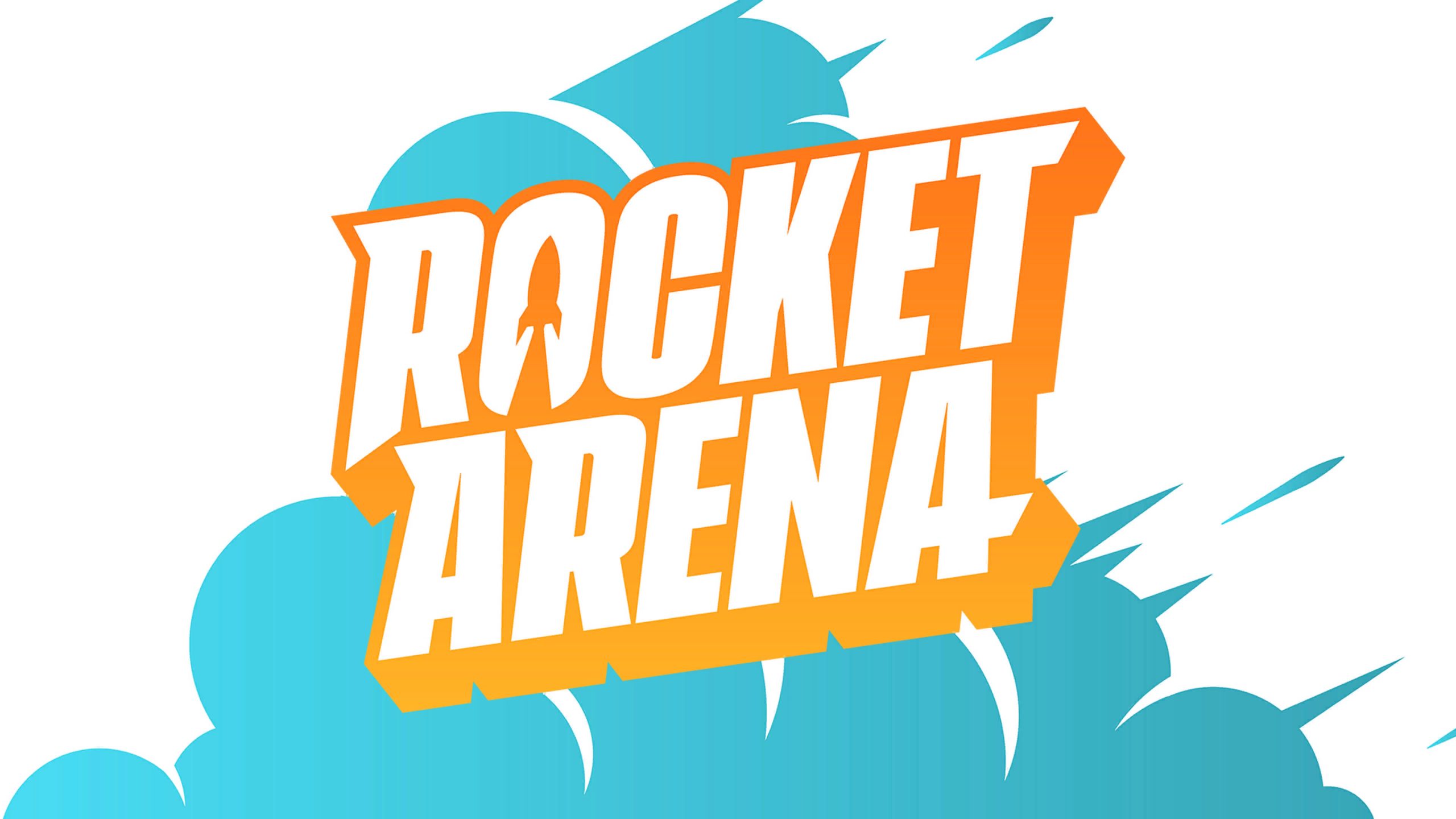 When Overwatch achieved tremendous success upon release in 2016, the ‘hero shooter’ was born. This is a sub-genre that aims to replicate the appeal of that Blizzard FPS by boasting closed quarters maps and a host of colorful characters to play as. Since then, we have seen a string of successes and failures in this team-based gaming sphere. Ultimately, Rocket Arena is the conclusive cap to the hero shooter saga. This final entry may become a tale of tragedy when it comes to the recurring player base, but it deserves to finish this generation of character shooters with a bang, even if there are a few whimpers along the way.

The Context of Crater: Overview of Lore & Structure

The ‘Rocket Championship Tour’ attracts rocketeers around the world of ‘Crater’ to duke it out against each other in exotic and futuristic locales. There are ten ‘Competitors,’ or ‘Heroes,’ and ten maps where the mayhem will take place. Practice mode allows you to hone your skills and private hosting can be a good way to battle friends. If they play on different platforms, crossplay is available across the board (PC, PS4, and Xbox One). Matchmaking in general is divided into ‘Social’ and ‘Ranked’ divisions, with the former prioritizing casual play while the latter taking place in seasons that link in with ‘Blast Passes.’ While this is a microtransaction, all future heroes, modes, and maps shall be free for everyone.

All Competitors have a triple jump and a ‘Primary Rocket’ attack with which you can even rocket jump. They also have a ‘Special Ability’ and ‘Secondary Ability’ that have cool-down rates. Your ultimate goal is to chisel away at your opponent’s health bar up until it overloads. The higher the gauge, the farther away they will fly when hit by an attack. The comparison to Super Smash Bros has been thrown around a lot, and I am inclined to agree, although there is a lot less room for error. A ‘Megablast’ is when a hit sends you flying out of the stage, and there is nothing you can do about that. I wish there were more of a chance for recovery, like that of Smash‘s percentage-based health, but the ability to frequently dodge almost remedies that. All-in-all, it is a refreshing and deep heterogeneous mix of mechanics.

In social matchmaking, you can select ‘Arena’ which will select a game type at random. At this time, there are four different modes. First and foremost is ‘Knockout,’ which is similar to a classic TDM-type thing where you will need to rack up eliminations. Next up is ‘Rocketball,’ an odd match type that revolves around scoring goals with a giant ball. What’s strange is that the two teams’ holes barely represent goals — a net or other such fitting would be much more appropriate. With a hole, the scoring and physics of the ball are lumbersome. The next mode I will talk about is ineffective conceptually. ‘Mega Rocket’ requires you to capture landing zones of rockets… and that’s it. Sure, the king of the hill-type gameplay is fun, but the insubstantial objective dampens the experience. The rocket theme gets wearisome after a while — why not protect a crashed-landed UFO or something similarly more imaginative?

A diamond in the rough is ‘Treasure Hunt,’ which tasks the team with keeping hold of a treasure chest, as well as to collect coins throughout the map. Both of these phases are simply fun, and running away with the chest is particularly amusing. Unfortunately, you cannot filter out modes just yet, so the random nature of matchmaking will force you to play Rocketball and Mega Rocket if they pop up. What’s worse is that I could not quit matches, which meant enduring these banal sessions or disconnecting altogether. To top it all off, nobody can join a session mid-game. This means that if teammates or opponents leave, you could be experiencing, for instance, a drawn-out battle against one player. If you endure and stick with the classic Knockout mode, as well as the robust ranked playlist, there is potential for great (if restricted) matchmaking.

Exploding onto the Scene

So, half of the modes are not particularly enjoyable. Not an auspicious start, right? Well, the characters more than make up for shortcomings in the objective department. First off, each character plays in completely peculiar ways. Their rocket weapons’ ammo ranges from limited and accurate three-round bursts (such as illusionist Mysteen’s ‘Card Rockets’) to infinitely impact-based (sea queen Amphora’s ‘Charged Torpedo.’) Like the best class-based titles such as Team Fortress and the earlier mentioned Overwatch, Rocket Arena skillfully molds diverse playstyles to the point where not one character feels remotely reminiscent of another. Everything also feels at balance — cool-down rates seem just the right amount and damage-dealing is suitably stabilized. It is truly impressive to state that none of the characters disappointed me from a gameplay standpoint.

I should also propel some praise toward the designs and personalities of this roster. Unlike other class-based games, there is not one Hero that I particularly dislike. While this is mostly positive, I do think the reason for the roster’s likability is that they are incredibly innocuous. Each character is cheery and amiable almost to the point of banality. This is indicative of the team chat functions, where you can spout generic lines such as “Good job!” and “No, that was all you!” A bit more edge and complexity would have done wonders for potential lore-building, but this innocence does personify the feel as a whole. The game is gratifyingly non-gritty, unlike 99% of the shooter market.

The mild and cartoony art style works wonders for both characters and locations. The heroes have this kind of facial aesthetic highly reminiscent of a CGI Disney movie (Frozen, Big Hero 6, etc,) which gives the game a warm and gentle look. This extends to the world, too. The ten maps each complement the characters in terms of where they originate from, which gives the locales a nice sense of place. They are also invigorating in terms of layout and look. You could be fighting in lush greenery or under the sea, but any type of locale shines in its own way. You can really gaze at the graphics once defeated. Instead of dying, you ride a rocket that hovers over the whole area. It is incredible to not only survey the detailed environments but also survey the chaos happening below.

This sub-heading here covers the progression system of Rocket Arena. As hinted previously, the game seems fueled on microtransactions. Thankfully, these are cosmetics only, and that’s where the bulk of incentive comes in for leveling up. You unlock new skins and decals for characters, and they can look pretty cool. Another customizable part of your profile is your ‘Totem,’ which is displayed at the start of each match. These are a little vapid, to be honest, and I have never been a fan of customizing stationary objects in the first place. There are also daily and weekly challenges that award you with the common and premium currencies. Progression could’ve been expanded upon, and earning XP is nebulous at best (no XP pop-ups show during gameplay). Ultimately, it’s a fun but superficial grind to get some nice new outfits.

Something more major to consider when leveling up is ‘Artifacts.’ These are gameplay modifiers that can drastically buff a character’s stats. You find these after finishing a match, and they are upgraded automatically as you equip them. These can be used to create builds that prioritize speed over strength, that decrease delays in abilities, or the like. Artifacts add a whole new layer to the gameplay, encapsulating Rocket Arena’s deceptive density.

Skyrocket Me to the Moon

Rocket Arena is an admirably light-hearted shooter that soars when it comes to characters. The roster is full of versatile playstyles and memorable personalities that will draw you in, and the addicting gameplay could keep you there if you can get behind the floaty but satisfying combat. While the lack of content and underwhelming multiplayer suite doesn’t fully justify it not being free-to-play at the moment, things will only get better with time, and, fundamentally, Rocket Arena’s launch is worth the force of its trajectory.

You can buy Rocket Arena on PSN here.