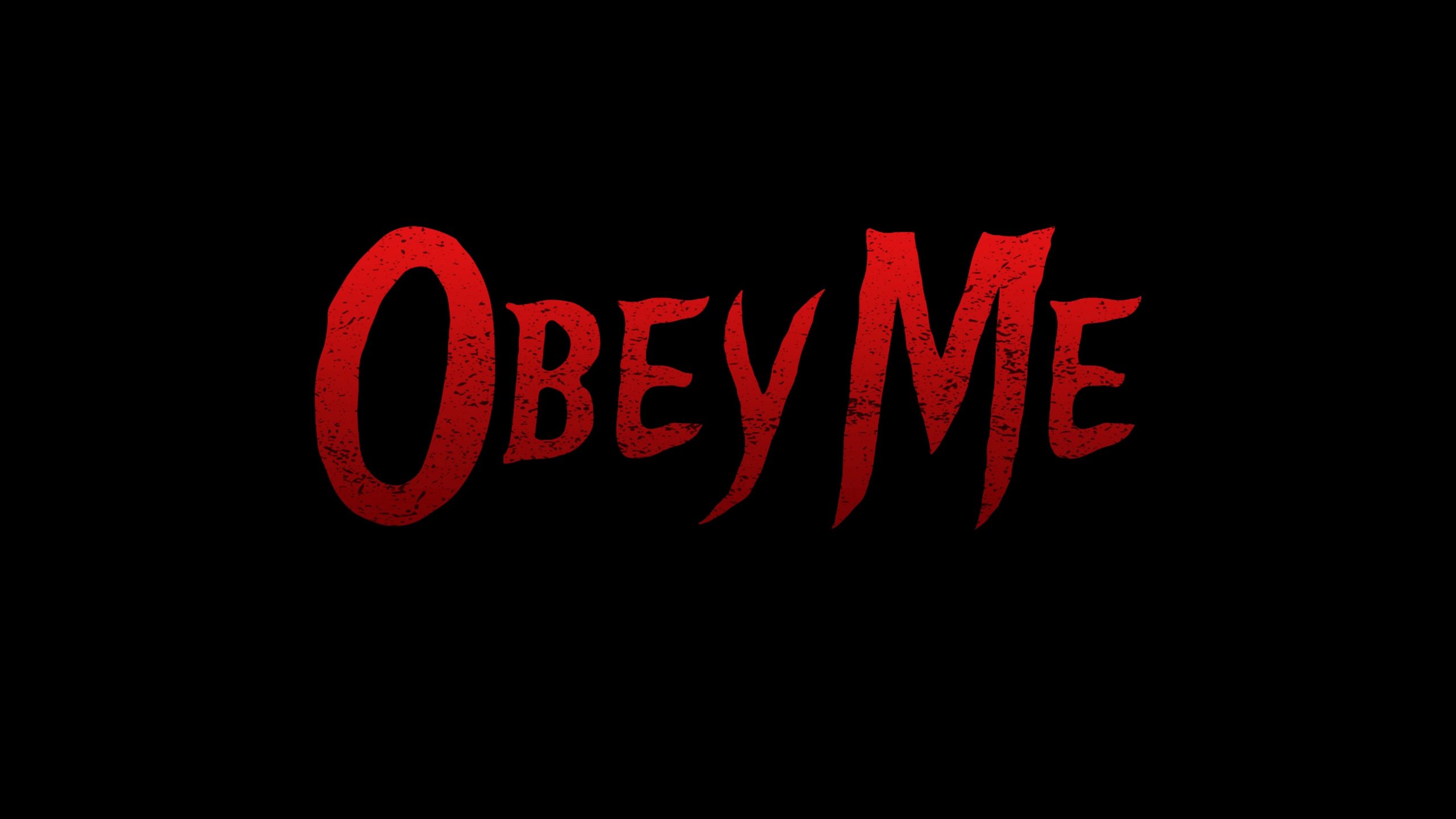 Obey Me is an isometric brawler with addicting combat and unrelenting pace. It takes the concept of the war in Heaven and gives it a radical edge. The developers have dubbed this as ‘holypunk’, and I, for one, welcome this new subgenre with open arms. While it may be short and even shallow in some respects, this game gives you the tools to become a celestial badass. That’s good enough for me.

A Setup to a Set-up

The story is set in a world where the forces of Heaven and Hell wage war on Earth (and the Seventh Seal hasn’t broken yet). Vanessa is a subordinate lesser demon to Ammon, the king of the sin Avarice (or Greed.) She is typically a ‘Soul Collector’ until, one day, a special assassination assignment comes up that shakes her to the core. Tagging along is her trusty companion Monty, a Doberman hellhound. Soon, they both get wrapped up in a web of conspiracy that they must untangle.

Obey Me has a foundation of lore and history already established. As such, you can occasionally feel detached, listening to explanative conversations that expect you to know a little too much about the characters and setting. This should not come as a surprise since there was a limited comic book series released beforehand that gives the backstory. As for the game’s plot of intrigue, the protagonist herself simply wants to go home, take a shower, and buy some new boots after it is over. This desire is reflective of how I felt about the story.

I wanted to see a day-in-the-life approach towards a demon assassin and her pet pal. The comic book series explores this concept more — and I wanted the game to share this episodic format in which, for example, each level would be an assassination contract on a small target. However, the game goes big, devolving into an end-of-the-world scenario with a reluctant hero who has superficial regard for the safety of humanity. As countless dead humans are strewn everywhere, she does not acknowledge them one bit, seeing it all as an inconvenience. While pulpy and inconsequential, the characters’ repartee and shreds of appealing personality are a standout. Vanessa is so cool it hurts, and Monty is funny even to a cat person like me. Altogether, the character chemistry is memorable, and the voice acting is on-point.

Here is where Obey Me truly shines: in its slicing, slashing, and pulverizing. Swarms of demons uniformly block your path, but they are just punching bags of meat for your awe-inducing arsenal of heavenly and hellish weapons. There is the ‘Azia,’ a swift dagger capable of lots of stabs in quick succession. The contrasting follow-up is the ‘Vonpho,’ a hammer covered in ‘Corruption’ with slow swings but hard-hitting impact. A mix between these two weapons is ‘Iadmir,’ gloves that initially give out slow strikes until building to a blinding flurry of blows.  And, finally, we have ‘Baltim & Aldara,’ a traditional sword-and-shield combo that can consume damage and subsequently use it to power up attacks. All of these weapons control diversely and beautifully, and they can be swapped on the fly to create stylish attack strings.

Monty is also no slouch in battle. He has three variations of ‘Dog Form’ that he can use to help with Vanessa’s decimation. ‘Hellfire Monty’ inflicts burning effects on enemies. ‘Miasama Monty’ conversely uses corrupted bile so enemies can fester away. Lastly, ‘Sacred Monty’ can brand enemies in divine light so that attacks will hurt even more. These forms’ primary purpose is to ‘Trigger.’ This is an excellent mechanic that is indicated by a blue bar below each enemy. Once that bar is filled, a baddie should be hit with a trigger attack, which will stagger bosses and inflict a status effect if the enemy was fully charged. There is also the ability to ‘Fuse’ by collecting enough ‘Spirit Dust’. Amongst power and health boosts, fusion mode will give you a neat trigger weapon. These are dynamic systems that reinforce the kinetic flow of battle.

The twelve chapters will take you from slums and sewers to a ravaged mall and an ancient angel temple. Lighting is excellent, and the water ripple effects flow nicely. However, I have some mixed feelings about some of the unimaginative-looking sections. What you mostly see is a trail of indiscernible destruction in the streets and a bland color scheme throughout. Similar titles like Darksiders and The Darkness took advantage of Gothic and Byzantine architecture, injecting character into their locations. This game doesn’t do that as effectively — but hey, at least the final area reflects the antagonist’s unimposing and dull presence, right? Though, I will say that some of the locales do nail that netherworld aesthetic very well.

Gratuitous blobs, dubbed by our heroes as ‘Pink Cancer’, is seen spread over the environment throughout. ‘Corrupted Nodes’ are small pockets of this nastiness that can explode if stepped on. This is one of many environmental hazards you will have to dodge your way through, alongside lasers, flamethrowers, floor spikes, and blades. I did not enjoy these parts, and I felt these were a lazy way of padding out the levels. These obstacles were even more annoying when considering the bouts of lag— with chapter six being a terrible offender. This is where I died a few times due to the engine not processing the fire effects correctly. Hopefully, these hellish technical issues will be fixed upon release.

Closed combat encounters are judged on performance. Continuously attacking with triggers at full charge will increase  ‘Efficiency’. This multiplier, alongside damage taken and time beaten, will give a rank. At the end of a level, these scores will impact an overall chapter rating, alongside completed time and deaths. This scoring system is great for earning trophies/achievements, but the game has no leaderboards to get competitive. In fact, there is near-nothing to come back to after completing Obey Me. That is, besides some collectibles like the radios and lore-filled notes.

You can earn ‘Soul Cores’ by defeating enemies and shattering soul crystals. With them, you can unlock new skills and upgrade weapon damage/trigger capability. There are also ‘Purified Astral Crystals’ that increase Vanessa’s max health. As much as I have ripped into Obey Me’s flaws, collecting souls and upgrading brought me back to the golden age of God of War and other old-school hack and slash titles. I loved the arcade progression, and I am looking forward to a second playthrough for a clean-up towards 100% completion.

A Story of a Girl and Her Dog

Obey Me is a thrilling brawler with excellent co-op and awesome action. The elegance of combat will make you feel like a supreme badass, and every weapon is brutally satisfying. While the narrative did not live up to its full potential, I would love to see another adventure starring the cool punky blonde Vanessa and the hilarious hellhound Monty. Overall, this is an auspicious debut from Error 404 Game Studios.

You can purchase Obey me on PSN here