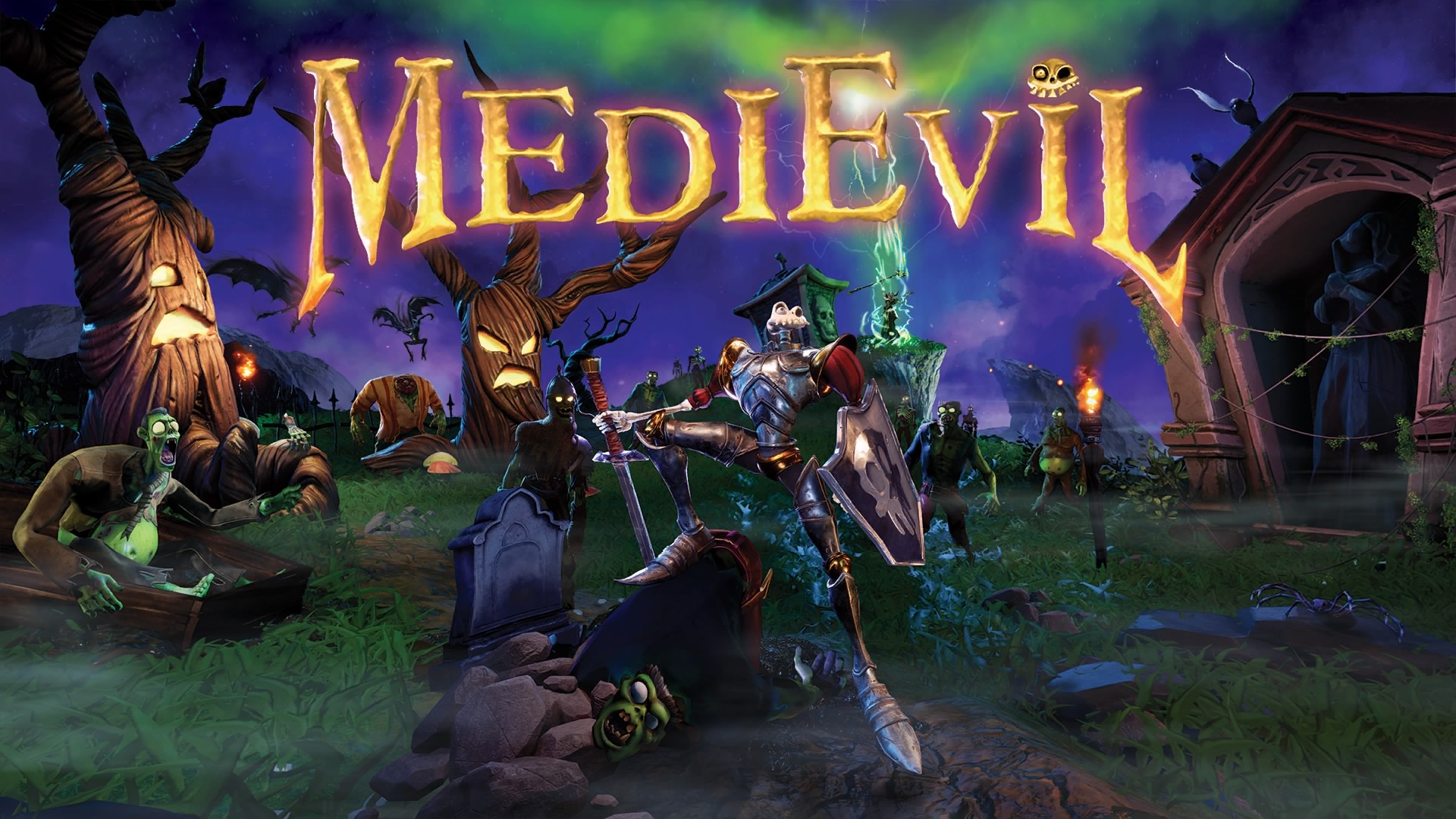 I got into gaming relatively late in life, compared to most of you. While I had a Nintendo Entertainment System and a mostly broken copy of The Legend of Zelda as a child, I missed most of the SNES and PlayStation1 eras, being much more involved in sports throughout high school and college. It wasn’t until my sophomore year in college that I discovered I had a congenital defect in my hips, which ended my middling aspirations towards professional baseball overnight. Left with a new, and quite big hole in my free time, I eventually decided to try out this weird looking game my roommate had rented from the local Blockbuster called MediEvil. Having not played a videogame in almost ten years, I was absolutely blown away at the production values, the style, and the amazing Burton-esque 3D world through which Sir Daniel Fortesque romped on his quest for redemption. I stayed up all night and completed the game in a single sitting, and on that day I became a huge game nerd.

So when I heard that Sony was finally getting around to giving MediEvil the remaster treatment, I was quite excited, as you can imagine, but also a bit worried that they might fumble the execution; a lot of remakes and remasters end up being low-level efforts that aren’t worth the trouble, or complete overhauls that fundamentally change the game. 2019’s MediEvil is neither, but instead a wonderful homage to the original where the developers’ love for the franchise is apparent in all aspects.

Long ago, Sir Daniel Fortesque was heralded as the Hero of Gallowmere, a broad kingdom full of magic and wonder. When the evil Lord Zarok unleashes his armies, Sir Dan leads the charge… and is immediately felled by an arrow through the eye. His massive army picks up the slack and repels the wicked sorcerer, and Sir Dan goes down in history as a legend, his ignominious defeat covered up for the morale of the kingdom. When, years later, Zarok unleashes a spell to waken all the dead as part of his unholy army, Dan is also re-awakened and given a chance to finally live up to his name, and actually save the kingdom for real.

The various Gargoyles scattered throughout the land, however, have their doubts. These mythical creatures not only supply Dan with the requisite gameplay tips players need to succeed, the openly mock Dan at every turn, making sure both he and you are aware of how far you’ll have to go to truly earn your reputation, and despite the passage of 21 years they’re still as hilariously snarky as ever, and among my favorite NPCs in games. They set the tone of the game right from the start, which is a near-perfect blend of dark gothic atmosphere and droll humor that never falters throughout the game’s 19 levels, which take players from Dan’s Crypt to giant mausoleums, fields full of possessed scarecrows and pumpkins, insane asylums, ghost ships, haunted castles and more.

Each of these levels are comprised of the basic fetch-and-use gameplay loop that was so popular in game design in the late 90s/early 00s. Your path is routinely blocked by doors requiring specific runes to unlock, and obtaining said runes can be as simple as locating them on the map, or solving puzzles/defeating enemies to make them appear. Levels are almost entirely linear in how you progress through them, but each level also offers a Chalice to collect that requires 100% completion and some extra logistical challenges to obtain. These Chalices are vital to actual progression through the game, as each one grants Sir Dan a visit to the fabled Hall of Heroes, where actual legendary warriors reside for all eternity drinking beer and, apparently, arm-wrestling with one another.

Every hero you visit will either chide or cheer you on, but all will provide you with new weapons, gear or other goodies to make you more powerful. They are the only way to acquire better weaponry than your default small sword, and absolutely worth seeking out for that reason alone, though the fun in hunting them all down is rewarding in its own right. Developer Other Ocean also threw in a new collectible for the remaster, the Lost Souls, which are much more difficult to find and require some extra work to actually complete, but also come with their own set of rewards if you can find them all.

One of the biggest, and most pleasant surprises in MediEvil for PS4 is the way they updated the visuals. Quite simply, I’m not sure I’ve played any remaster that has done as good a job updating the overall aesthetic for modern hardware without ever betraying the atmosphere of the original.  Levels are accurately and lovingly recreated, with only a few changes here and there for the sake of functionality. The result is a sort of surreal mix of familiar nostalgia and awe-inspiring new sights. The art style is phenomenal, with commensurate level of technical skill; if I didn’t know any better I might assume that Other Ocean built a game engine from the ground up for MediEvil, rather than using Unreal 4. To date, this is the closest I’ve come to seeing a Pixar movie play out on my console.

I’ve always loved the overworld map in this game, which is used to navigate between the various levels, and this is one area in which Other Ocean has improved upon the original considerably, with some subtle but very effective animations and visual effects. It’s one of the few world maps in games that is genuinely aesthetically pleasing to look at.

MEET THE NEW DAN, SAME AS THE OLD DAN

As mentioned previously, this remaster is wholly content to replicate the gameplay experience of the original down to the last letter. While that’s a positive for fans of the PS1 game, it does come with some caveats for new players who might go in expecting modern control and camera schemes. Those people are going to be disappointed, perhaps severely so. I found myself dying and having to restart levels solely because bad camera angles or sloppy platforming mechanics made certain jumps/navigation tricky, despite having already played the game several times over.

There’s also an issue with the inventory management system, which was perfectly serviceable back in 1998, but distinctly lacking compared to today’s games. Pretty much everything just gets chucked into one big menu screen that you bring up with your touchpad, and while the remaster allows you to skip through different categories much more quickly, you’ll still find yourself constantly diving into the menu and hunting for the specific gear/weapon you need.

Overall, MediEvil caters more towards the die-hard fans of the franchise by delivering a near-identical experience with incredibly updated audio-visual presentation, but I firmly believe it will serve as a great introduction for new players as well. I’m sincerely hopeful that this remaster is successful, because I want to see more of Gallowmere in the future, not less.