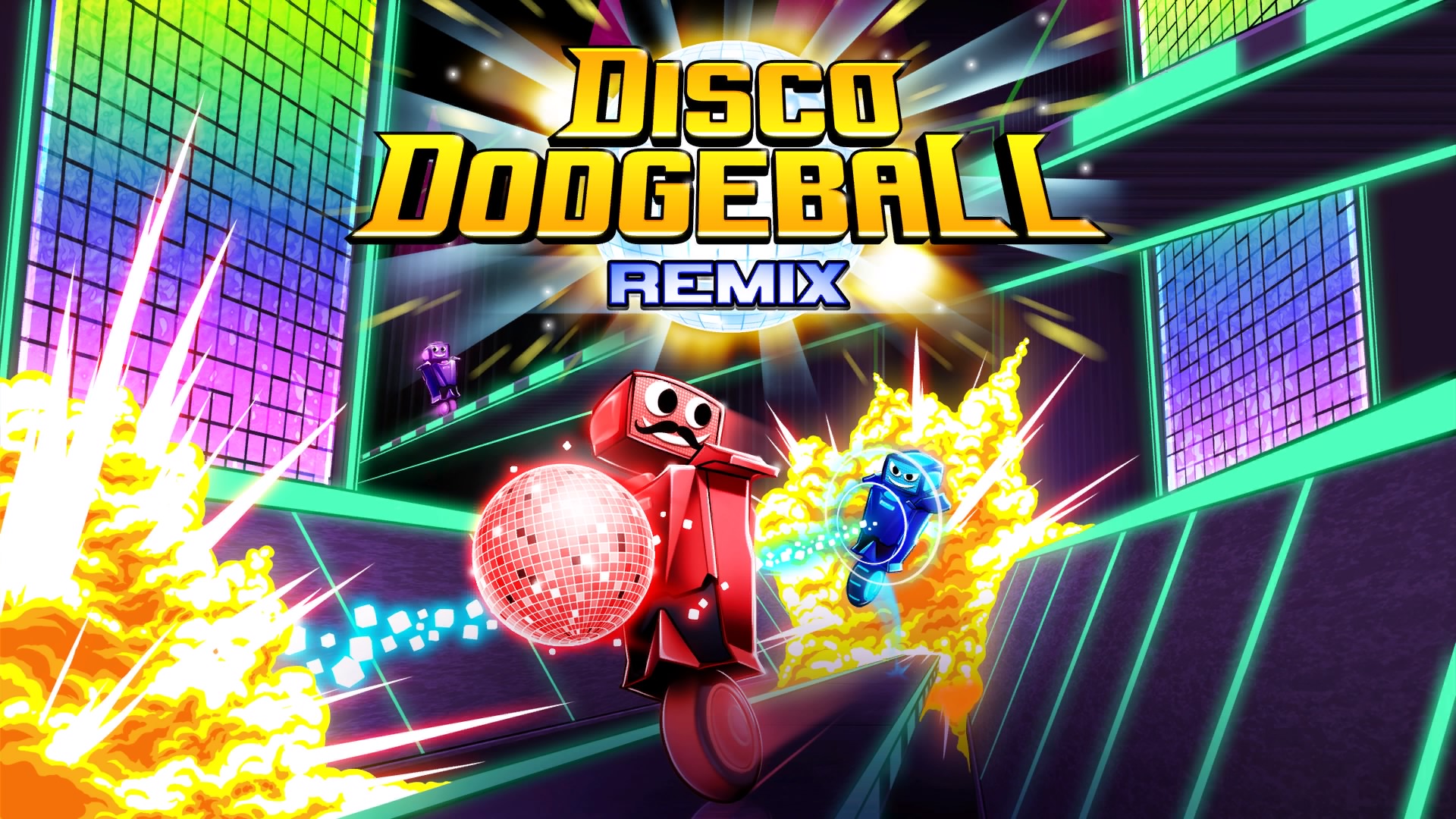 Have you ever played dodgeball to the heavy kick of loud electronic music? A simple child’s game suddenly becomes a battlefield as natural selection separates the warriors from the weak. Add in neon rooms and robots, and you have Disco Dodgeball Remix. It’s a first-person shooter that lets you relive your glory days without the bruises! This family friendly title has a lot to offer for such a deceivingly small package. Easy to learn but hard to master today’s game has enough depth to keep players entertained for quite some time.

Operating the robot avatar takes a little more finesse than it seems, so I started out with Training. Disco Dodgeball Remix doesn’t feature human characters but the robots are able to do some pretty amazing things. You roll around a Tron-like arena picking up glowing disco balls and hurling them towards anyone unlucky enough to be in your sights. As you navigate the ramps and gaps, you’ll have access to boosting, jumping and a handful of game changing power ups. Meanwhile upbeat dance music bumps in your ears, bringing the energy of sci-fi entertainment to life.

Disco Dodgeball Remix features single player and multiplayer options, allowing you to assert your robot dominance online with friends or on the couch with the kids. Single player has several modes to choose from, like challenges or Arcade mode. Challenges allow you to try game types with specific rules set in place to make the matches more interesting. One mode has you ricochet shots for points. Another gives you a jetpack and homing balls to strike fear from above. Arcade mode, easily my favorite, acts as a mock campaign. You begin with 6 lives and must survive rounds of increasingly difficult enemies. Completing a map nets you cash to buy power ups or more lives. It’s a true test of skill as you master this oddly addicting mode. If classic dodgeball is calling your name, try doing a bot match with the Elimination setting. One life per round means the last team standing wins.

Earning experience in any mode will level up your account, unlocking a ton of customization options to ensure you’re looking your deadliest. From funny hats to mustaches, this remix lets players dress up their robot in all manners of fashion so they can command the court in style.

If you like explosions and flashy games, Disco Dodgeball Remix should be up your alley. The visuals seemed silly to me at first. It’s just goofy robots scooting around for little disco balls in a bright room. But that first hit was just so satisfying to watch. I picked up a ball and charged it with destructive power. It shimmered with light like a super saiyan. In an instant it rocketed across the room, into its intended target, and sent fire and embers everywhere. Time slowed down to highlight the kill, allowing me to revel in my euphoria for a split second. When the music swelled again, I was back in real time, seeking out another orb to relive that first moment of victory.

The beat of the music mixed with the pulse of the lights made this cute looking game come to life. I never expected to be so invested in a competition of what is essentially Lego people throwing balls at each other. It felt like a solid little game. At first I was a bit frustrated at how the controls worked. I missed a lot of easy shots and blew up a number of times. But after increasing my sensitivity and playing a variety of modes, I started to understand what worked for me and what didn’t. And what worked for me was the options that Disco Dodgeball Remix offers mid-game.

If you explore the map a bit, or stumble into one while avoiding impending disco doom, you’ll find power ups littered all over. These babies give you some serious advantages over your foes, so grab them before they do. My personal favorite is the boomerang ball, which returns to you if you miss your shot. My first two matches I was fumbling around like a newborn, tossing up lobs like a certified wimp. That all changed when I fell into the boomerang. I was virtually untouchable. Features like this are nice for two reasons. In practiced hands, like those of an adult, they can turn the tides of a losing fight in mere seconds. But in the hands of a child, they can level the playing field or ease the learning curve. Because this game is surprisingly difficult to master.

With a game that is so heavily doused with contrast, it obviously has some pitfalls. The most glaring problem with is accessibility. In general, games warn players of flashing lights and health hazards. This game is very high on the list of those which may cause eye strain or other serious health issues. Just for kicks I tried to turn off all the glittery bits in hopes of making it easier to look at. While all of the environmental lights can be reduced to a simple black and gray room, the balls still retained their retina burning glow. In all honesty, the one match I played with these settings put more strain on my eyes than those with all environmental lights on. This game seems to be geared towards a younger audience, so this might concern some parents.

The controls take some getting used to and there doesn’t seem to be a built in aim-assist, so lining up shots takes a bit of precision and luck. As for gameplay, some of the challenges are fun to try, while others are just too hard to complete without hours of practice. Oddly, the AI is fairly balanced until they grab a ball right near you. It almost always ends with them snapping directly to you and insta-killing you before you can react. I’ve seen more Quick Draw kills from the bots than I care to remember. If not for power ups like the homing ball or the boomerang, I would have given up on trying to fight back early on.

With everything said, Disco Dodgeball Remix remains a fun game at its core. While it does have some pretty strong problems to own up to, it has the potential to be a fun game for killing time. The music and chaos that ensues can get your blood pumping, but the bots may get that same blood boiling. And though it may be hard to find a true multiplayer match online, it can be a very fun experience as a couch multiplayer game or as an arcade crucible to attempt. It was nice to relive my favorite childhood pastime in a futuristic setting, and I still enjoy the thrill of a good dodgeball throwdown. If you feel like giving it a try, I’m sure you would enjoy it. Just be warned: it’s pretty shiny.