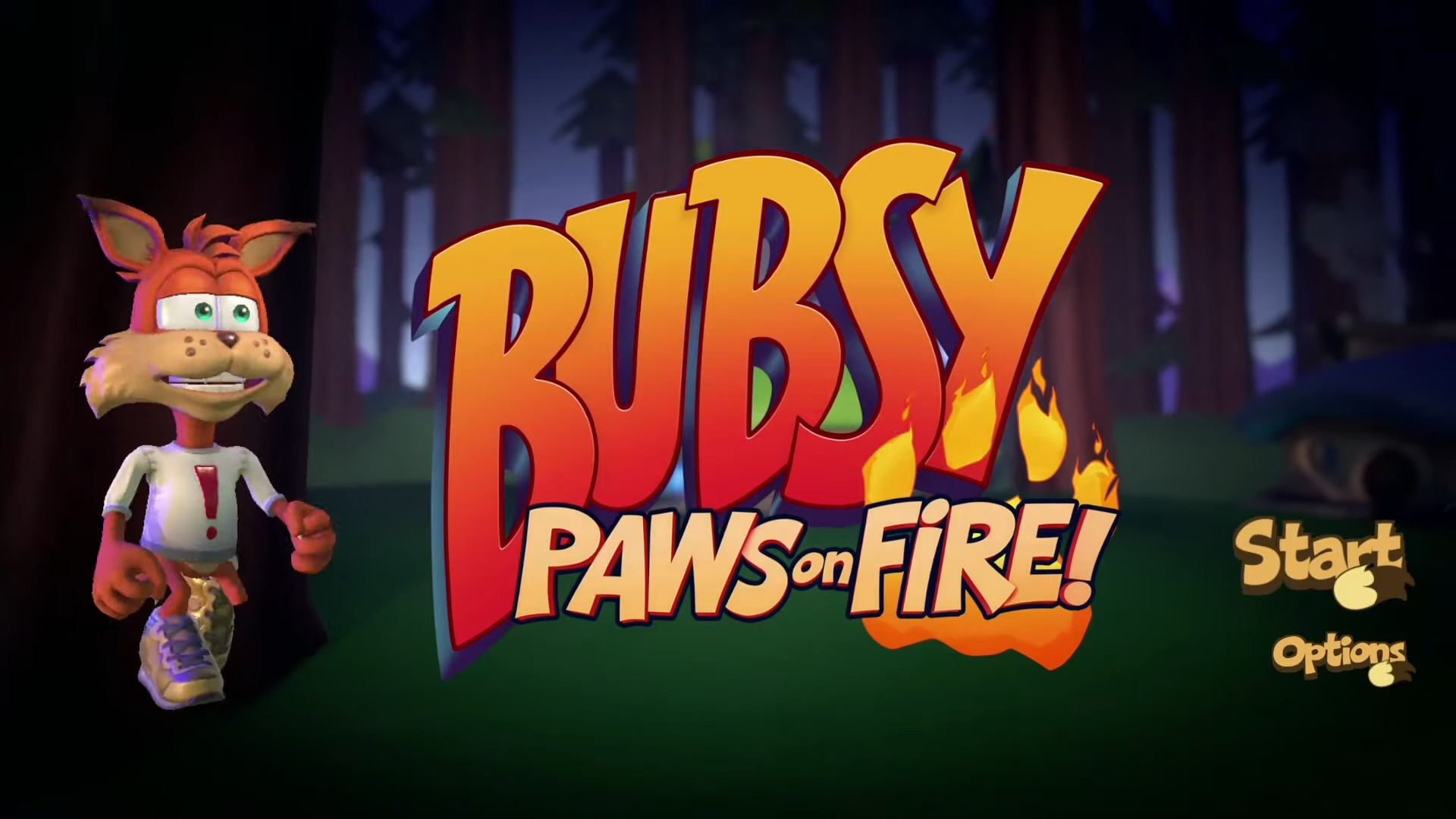 When I was asked if I wanted the opportunity to review Bubsy: Paws on Fire!, I was a bit wary. This was my first hands-on experience with the infamous feline’s franchise. But, honestly, I’m glad I experienced this game because it made me realize how simple yet hard video games can be.

Before we start I want to get one thing clear: I’m not one for platformers, it’s nothing against the genre, and I do enjoy them from time to time. But, a lot of the platformers I do find myself enjoying aren’t just platformers, they’re usually combined with another genre. It’s my own personal taste, but I’m always willing to give a shot to a game of any kind.

Not So Purrfect Story

The story is pretty standard in the grand scheme of things. Bubsy is tasked in stopping evil business pig, Oinker P. Hamm, from stealing every animal in the galaxy for his “Amazootorium”. Given Bubsy himself is an animal he feels he could be in danger, so naturally, he takes the mission up and starts his journey. It’s a triad and true storyline, honestly. It’s not unique, but it’s not too “bad”.

Bubsy captures a large portion of dialogue of the opening scene in an attempt to be funny, though, it’s just as corny as if it were made back in the 90s. Also, for some reason, there’re two other bobcats that call him uncle who only appear as speaking characters in the opening scene and in the accessory shop.

Saws Are Not Your Friend.

Rather than its previous game, the people behind Bubsy: Paws on Fire had some fun and allotted three potential characters to play as in each level, Bubsy, Virgil, and Woolie. Each of the characters have different abilities and paths to go down. For example, Bubsy can glide with each jump and pounce forward to defeat enemies or Virgil has the ability to double jump and slide under certain objects.

On the other hand, we have Woolie who, for some reason, plays basically a completely different game. She is in a small UFO since she’s an alien and goes off flying around in a saucer.

The game is essentially an auto-scrolling collectathon. You play through levels to collect objects that vary in design depending on the character you play as. Though, from what I can find, there isn’t much repercussion from missing collectibles. This can be a good or bad thing. I made this joke that I feel is relevant, I feel sorry for you if you live and breath this game. The mechanics are – while easy to remember – hard to master. You need to be extremely precise about when to jump.

Even though it plays smoothly in a sense, I still can’t shake a single feeling: This is a glorified mobile game. Every aspect of its gameplay brings me back to feeling like I just played a port of a mobile autorunner.

The biggest – obvious – benefit for the player to get them into collecting everything is the “Arnold Coins”. Each character has three coin pieces you can find strung throughout the level. After you play through all three characters and find their respective Arnold Coins in each level, you can play a separate level. This level puts you in control of an armadillo named Arnold. Your goal is to collect gems and avoid any other obstacle.

Let me tell you, I’m glad they don’t keep track of lives on the screen. Paws on Fire doesn’t seem like it would be that difficult and it really isn’t too hard on the first stage. But, as soon as you begin going into the second set of levels, the difficulty spikes pretty drastically. Each of the characters represents a different “difficulty”. But, for some reason, there is no clear cut way to tell.

The tips on the loading screen indicate that Bubsy is meant for newer players while Virgil is reserved for the more “seasoned”. This wouldn’t be too hard to figure out if it weren’t for the requirement to play through the same level multiple times, basically forcing you to go through play through a level you’re not ready for.

The style and aesthetic of the game itself was charming at first, the colors were bright and complemented each other fairly well. The tutorial level was cute and a good start as it gave Bubsy and company a fairly fitting area to begin their journey. But, this quickly went sour. The second stage was a bit rough on my eyes, it was quite a bit darker than either of the two other stages. It wasn’t terrible, but I know that I miscalculated jumps because of not seeing something that was – in hindsight – right THERE. The third and final stage went back to being colorful and cute, but the charm was gone.

Donate My Body To Science!

One of the most annoying things about this game is their use of one-liners after you run into enemies or miss a critical jump. Each character has a handful of phrases that they say. Naturally, as this is a platformer, you hear these phrases a lot and it began getting really, really, really annoying pretty quick.

The voices are also pretty grating to lisen to. The quality or mixing isn’t bad, only the annoyingly stereotypical or high-pitched voices.

Bubsy: Paws on Fire! is a game that you may actually find enjoyment out of. Behind its childlike design and mobile-friendly layout is a genuinely challenging platformer. Gameplay may feel stale in a mere hour or two and the death screens may grate your ears every now and then, but it at least provides a challenge and fairly solid gameplay. Am I saying I enjoyed this game? Not really, but I certainly enjoyed it more than I expected I would from such an infamous franchise. It also proved, to me, that the developers are really trying to bring Bubsy back and improve upon him.