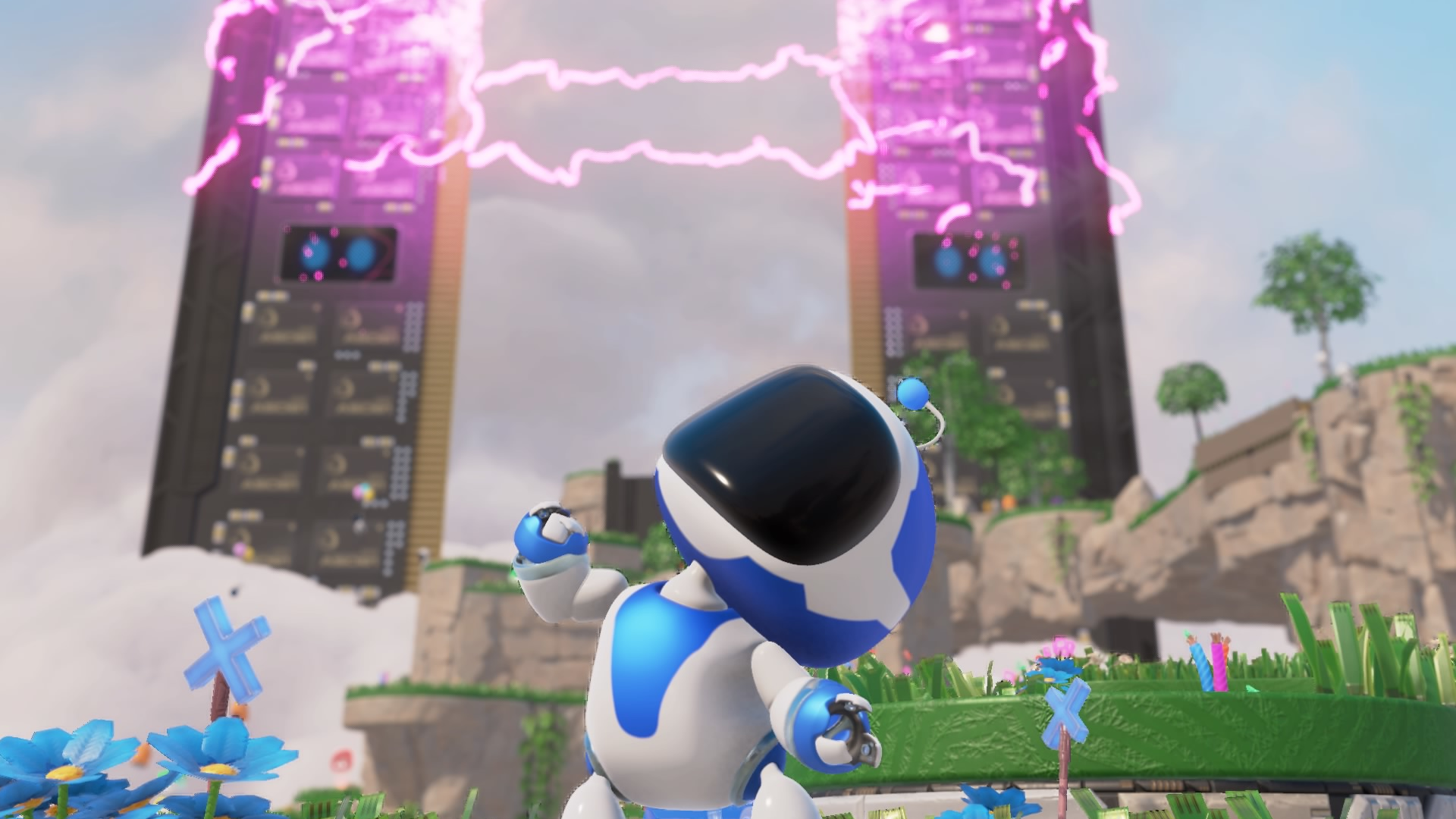 Wow, look at that, I’m writing a review. If you’ve been following the publication for a while, you know I tend to avoid reviews – I’m the news editor, after all. With the new generation, though, I figured I might as well do something special and pen my own thoughts on PlayStation Studios’ PS5 launch title, Astro’s Playroom.

Simply put, it’s a game that comes pre-loaded on the PS5 and gives players a taste of what developers can do with the new and improved hardware. In it, the game puts you in the shoes of a cute little robot making its way through various sections by jumping, fighting, flying, and, in some cases, rolling through maps. It’s simple.

Astro’s Playroom is nothing but a collect-a-thon where the player tries to nab PlayStation coins, puzzle pieces, and “artifacts.” This isn’t a detractor; in fact, I kind of liked how these mechanics played out in this game, as opposed to some others. It gave off a Crash Bandicoot or Jak and Daxter vibe that a lot of collect-a-thons lack. It also, however, changed it up by using all the PS5 features, such as the new adaptive triggers, to break up the otherwise run-of-the-mill collect-this-keep-running gameplay.

I enjoyed the homages in the game, too, including a section where some of the fellow bots were dressed up like popular game characters or flocked around notable game items, such as Cloud Strife’s sword.

Astro runs extremely smoothly, with very little input delay. All of the other features on display, from utilizing the speaker and microphone built-in to using the touchpad on the center of the DualSense, also really tried to revolutionize and show off what you should expect in the future. But at this point that’s to be expected from a development studio as established and accomplished as SIE Japan and Team ASOBI!

I played through most of the title, netting four of the artifacts and some of the ones you have to go out of your way to get. Of course, each of the artifacts were different generation PlayStation consoles that, in all its high-def, motion-detected glory, you can move around and gawk at if you want.

The end goal of each area in the game is to get the ending artifact, which is just a different generation PlayStation console. That said, it isn’t just the console that are labeled artifacts; you can also find yourself a DualShock or other accessories that make it feel kind of like a promotion of its first-party products.

This gave me something extra to do, and I don’t know why, but this little thing made me feel accomplished. It isn’t like they were hidden, though, it was just out of my way. But when I actually got the sub-artifacts, it was pretty pleasant, since some of them were an absolute pain to get and that made the game feel harder than it actually was.

It’s Not That Hard

The difficulty curve in Astro’s Playroom is nearly non-existent. The hardest time I had while playing the game, for the few hours it took me to beat it, was more thanks to the controller and how different it feels. Sure, there are moments of difficulty, but outside of its last level, the challenge is fairly light and, for the most part, mellows out after that section.

The hardest part I had to deal with (aside from the last level) that was unavoidable was in what the game affectionately calls the GPU Jungle, where I had to operate a monkey suit, using both the motion controls (by tilting the DualSense like a seesaw), and the triggers to grip rocks to move ahead. There were also points where I had to move my hands like a windmill with the DualSense and fling myself up. But I often accidentally missed the mark and fell below – sometimes to a different section. Other times to my demise.

Play Has No Limits

All in all, this game is perfect for what it sets out to do – make it clear the power the PS5 has while also making the game fun and enjoyable. It falls short, though, with the difficulty spiking only at the very end, and none of the four-section paths providing much challenge. It is a must-play if you want to experience all the PS5 has to offer next-gen players though.