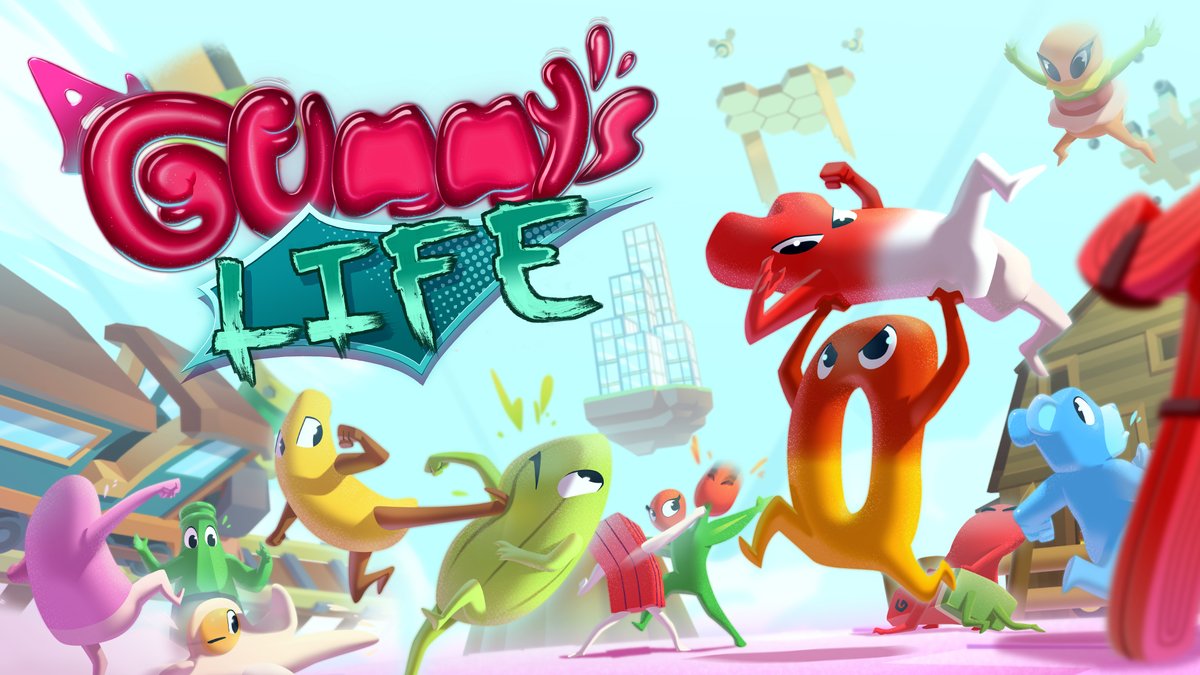 Sometimes you want to chill and play a nice party game—something that you can enjoy with friends and have a chuckle. A Gummy’s Life is more satisfactory, serving as a sweetly casual treat for those who want ridiculously hilarious party action. And yes, it’s definitely a worthy replacement of Gang Beasts.

There’s no plot, A Gummy’s Life is just about a bunch of anthropomorphic gummy treats duking it out against one another. There are 19 maps, more than what was initially offered in 2018, and unlockable cosmetics. In fact, since day one, there have been regular updates, and there will be many more to come. The game has grown a lot since release with these major updates, so take the initially lukewarm reception of the Switch release with this in mind.

One of the best locales

There are four modes: Free-for-all, Team Deathmatch, Hot Potato, and King of the Hill. I’d say the weakest of these is King of the Hill because it is barely like a classic KOTH mode. Instead of controlling an area, you pick up marshmallows as they spawn around the map, becoming tedious. Hot Potato, however, is very fun as each player is randomly given a bomb that they must pass onto another player before it eventually explodes. Overall, there is a healthy amount of modes here.

Sometimes NPCs such as zombies will try to pick off remaining players. Better run ’em over

You’ll be gaining most entertainment in Free-for-all, where up to 8 players can duke it out until only one jelly remains. The controls are similar to Gang Beasts with kicking, headbutting, left and right punch, holding, and throwing. Each time you land a hit, your opponent bleeds juice according to their character’s flavor (color,) which is always satisfying. Taking enough hits will knock out an opponent for a short time, which is when you should throw the unconscious opponent off the stage or place them under a hazard. Basically, it’s a refined version of Gang Beasts, although I wish there were more opportunities to climb and hang onto stuff like that game had.

Developer EP Games skilfully plays with the conventions of beat ’em up stages, designing each map in a considerably unique way. One level plays from a 2D perspective, where you have to jump on various platforms as lava rises through the area. Another map takes place on a spinning platform that increasingly goes faster as the match lasts longer. It’s a super diverse lineup, including vehicles such as the tractor on the farm and the recent addition of a level filled with bumper cars. I don’t wanna spoil the many other ways these jellies could be splattered, so you’ll have to see for yourself if you decide to purchase.

Another thing to talk about is the statistic system. You can pick one of several characters, and your choice should not be made on appearance alone. Each playable gummy has attributes, including Strength & Defence, which can change up the playing field. However, the game has no tutorial or anything explaining the mechanics, so this was just found out via critical observation. Moreover, as you play online, you can also unlock new characters and cosmetics. I could not play online, but I entered the Konami code and played with bots to attain new jelly babies. It’s a cool little incentive to play more, and the attributes somewhat add a layer of depth.

Brick is my favorite character, and the character design is cute

While it can be unclear in its presentation and provides an underwhelming mode, A Gummy’s Life is refreshingly fun, polished party mayhem. It’s a sweet treat of a cross-play party game, offering ample juicy opportunities for hilarity among friends & family.

You can buy A Gummy’s Life on PSN here.