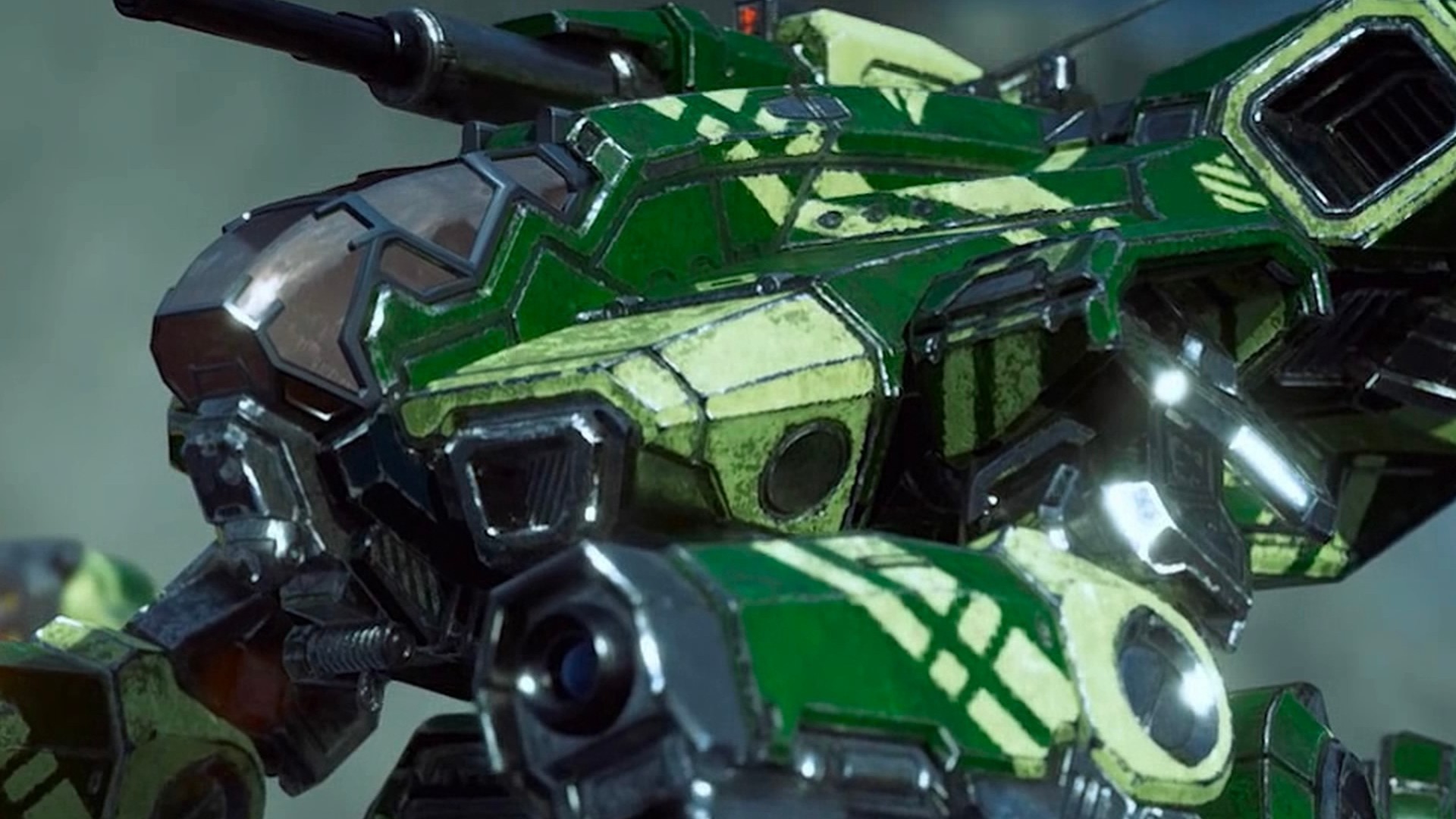 It can be intimidating to jump into a long-running franchise, but MechWarrior 5 is admirably approachable. While the menus and base management system seem better suited for the PC platform, the gameplay is high-octane but calculated fun.

In The Future… Things Suck

MechWarrior 5 is set in 3015 and revolves around a war where five intergalactic Houses compete against each other for territory and resources. This is where the titular mercenaries come in — they get hired by the various houses to do their dirty work. However, you don’t play as any ordinary mercenary, but rather the commander of a mercenary unit called Nik’s Cavaliers, Mason.

There’s some talk about the protagonist’s father, but it’s hard to feel any attachment because this narrative tells rather than shows. You’ll get more mileage out of the story if you are already invested in the BattleTech universe, which has been going since 1984. Its deep-rootedness can be seen in how every mission has a bit of story behind it, and radio dialogue will mention in-universe events. All things considered, it adds another layer to the grind, and the game generally has an interesting premise and good voice acting.

The joy of MechWarrior 5 lies in its mech combat. Controlling your robot warrior is done by moving the hip first with the left analog stick side-to-side so that the whole machine can turn before moving forward. This unique movement mechanic may take some getting used to, but you’ll soon get the hang of it. Then there are the weapons — from lasers and missile launchers to the machine gun, each weapon, to varying extents, generates heat from your mech. The whole machine could go into emergency lockdown if this gets too much, leaving you immobilized during combat. Before choosing your arsenal, though, you fill up your ‘Lance’s’ (team) four slots with Mechs. There are four types of Mechs: Light, Medium, Heavy, and Assault. Along with the weapon types, there is room for any sort of playstyle.

Combat-wise, the game is a good mix of genres. Everything you do is deliberate and calculated like a simulation, but that’s wrapped around the core of an action-shooter. Enemies come in two groups: first off is the small fry — tanks, and helicopters that will go down after one or two shots. It is incredibly satisfying to see a chopper slowly spiral down from the sky after you shoot it down, just like a scene from a blockbuster movie. Then, there are the actual enemy mechs, which are formidable. Targeting certain limbs yields advantages, like hampering movement by targeting legs or destroying a weapon by blowing up an arm. AI can sorta lay you off by being dumb or go full throttle by spamming you with attacks, you never quite know. Nevertheless, the actual combat is engaging.

If you like XCOM, you’ll enjoy the management that comes with being the commander-in-chief. You’ll be working across the galaxy, stepping foot in each of the five Houses’ territories in search of work. Jobs are the missions and they will have varying objectives. These can range from assassinating a Mech to protecting an area and holding out for a certain time. You’ll also have to consider every mission’s briefing — the difficulty level, the payout, weather conditions, etc. It’s the crux of the game, taking the job and cashing in the paycheck, with all the risk-and-reward to keep in mind. With more cash, you’ll be able to purchase and upgrade mechs and better manage expenses like travel and rent. It can be a bit cruel on the first playthrough, leaving you with a decent chance of becoming bankrupt if you lose one mission or accidentally step into the higher-level territory. However, it’s a worthwhile learning curve.

My biggest gripe with the management system is the interface. Navigating the many menus is still clearly tailored to a mouse, keyboard, and monitor. The main reason is that everything appears with text too small and buttons too cluttered with each other. This left me using the zoom accessibility option (home button and square) a lot. Another pitfall, specifically for offline players, is hiring pilots. Certain spots in the galaxy will yield intrepid mercenaries-for-hire, but on the field, their AI sucks. They just die very quickly due to a lack of clever maneuvering and passive usage of weapons. Thankfully, the game boasts four-player co-op, and your friend(s) can play as whomever you hired. It just sucks that the only time co-pilots are a viable option is when a friend is online.

This was reviewed on a PS4, which means that the framerate is half of that on PS5, in addition to dipping when things get hectic. No HDR is available on both platforms, which is a shame because the destruction and fire affect rock. Totaling buildings brought me back to the adolescent joy I had playing games like Hulk: Ultimate Destruction and Rampage, and the ragdoll physics each mech have when they die makes me chuckle. The biomes, like a swamp or forest, provide a decent sandbox for the madness to ensue, and they can look kinda pretty if you use a jetpack to thrust yourself up to a vantage point. You just gotta take this all in mind when playing missions over the 25-hour campaign because things can get repetitive if you don’t appreciate the little things.

Since its initial 2019 release, the game has seen a few major updates. First is the ability to switch between the Mechs on your team in mission, which is a somewhat effective solution to the friendly AI problem. Melee attacks are also a recent and welcome addition. And with the release of console versions come crossplay across all platforms, which is neat. However, there is no matchmaking, meaning you can only join through invites, which is fairly inconvenient. You can also play DLC that you don’t own with a friend who does, which is nice, although it sucks that both expansion packs don’t have trophy lists. Overall it’s a release with years’ worth of refinements that add value for money.

MechWarrior 5: Mercenaries is an ideal starting point for anyone who wants to get into the mecha game genre. Its technical mechanics are daunting at first, and the management system can be harsh, but there is fun to be had in the destructible environments and PvE mayhem.

You can buy MechWarrior 5 on PSN here. I recommend the Jumpship Edition.