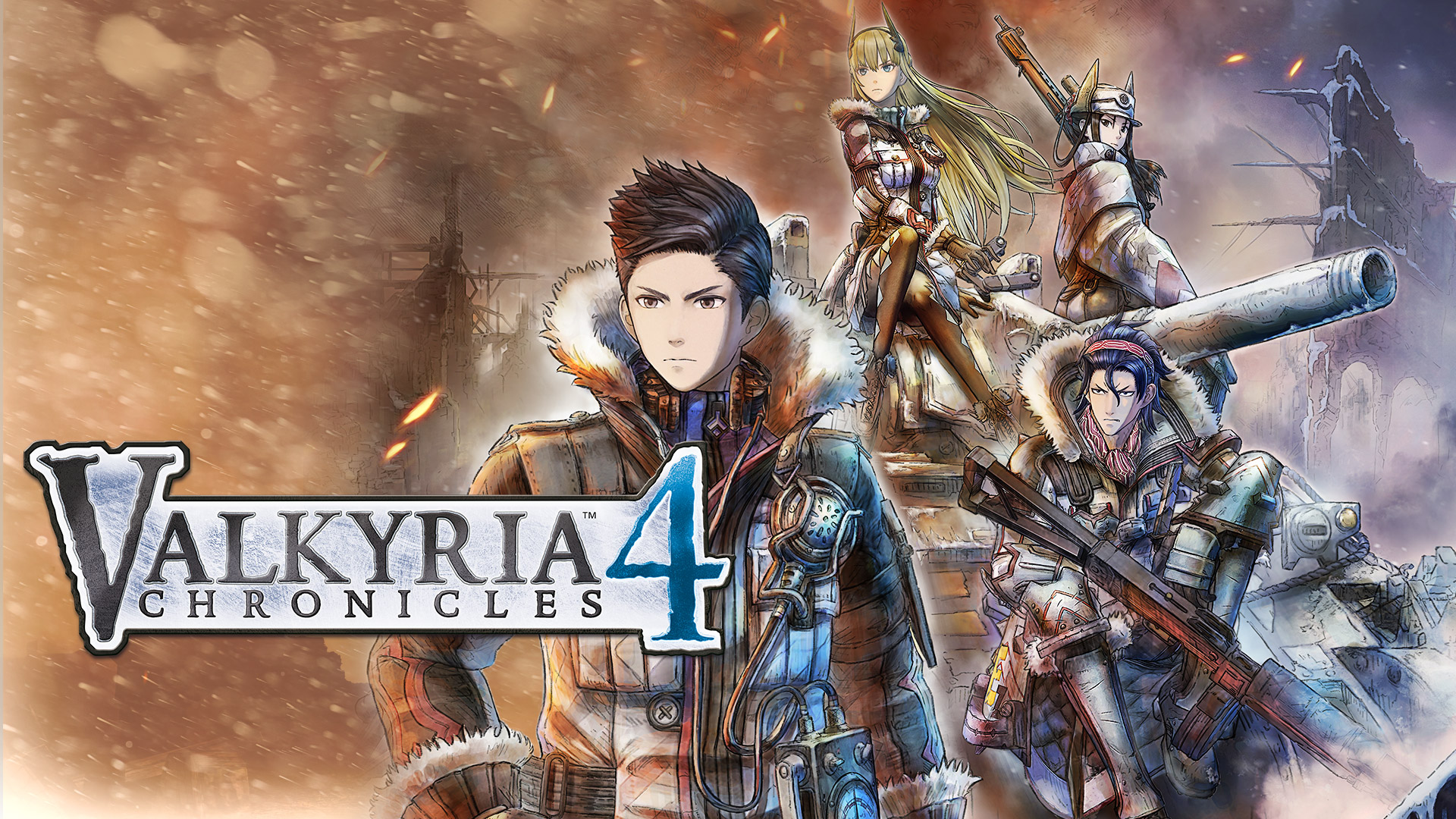 Having been a fan of this series since the first game came out for PlayStation 3 back in 2008, I was a bit skeptical about Valkyria Chronicles 4. After the trash spinoff game Valkyria Revolution left a bad taste in fans’ mouths, many, myself included, had their expectations set low. However, even if my expectations were much higher, Valkyria Chronicles 4 would have still exceeded them and then some.

Not only do we get over 50 hours of awesome Characters, story, music, and ever-evolving game mechanics, long time fans will also be treated with a blast of nostalgia by earning a chance to meet the characters from the first VC game. The game is great for both newcomers and series vets, as the self-contained story does a great job of easing you into its world.

The game’s premise is about an alternate reality where Europa, a fictional continent that represents Europe during world war 2, is under attack by the empire. As Claud Wallace, you must venture forth with your teammates to end the second Europan war. The seamless transition from story to gameplay is commendable, as the presentation is top-notch. Everything looks as though it was hand-drawn in a sketchbook and brought to life with a beautiful color pallet. Valkyria Chronicles 4 may be the best cel-shaded game I’ve ever seen.

It’s Going to Cost You

The combat; a mix of real-time and turn-based mechanics still feel as innovative and challenging today as they did back in 2008. Each battle starts with you and the enemy on a field that you can observe from the top and look around when it’s your turn. At the beginning of every turn, you have a certain amount of tokens that you can spend on your units. Clicking on a unit once you are above them will make the camera zoom in on that unit. Once you start moving said unit, their stamina bar will go down the more ground you traverse. Once the bar has depleted, that unit will no longer be able to move. During those units turns, once you perform an attack, their turn will be over.  If you click on the same unit again during the same turn, their stamina bar will be drastically lower than it was the first time you selected them. Some units, such as tanks, require you to spend two tokens. There are also a variety of classes.

The Six Classes in Valkyria Chronicles 4

There are six classes of units and they all have very different abilities – Scouts, Shocktroopers, Engineers, Lancers, Snipers, and Grenadiers. Depending on which soldiers of which class you select and where you assign them at the beginning of the match can make or break the game for you.

The scouts are quick and lightly armed; however, they have the longest stamina bar of any unit. They can cover the most ground. The Shocktroopers have stronger weapons than the scouts but have a smaller stamina bar. The Engineers are lightly armed but can patch up tanks, fix barriers, deactivate landmines, and heal wounded teammates by standing next to them. The lancers are the most powerful, armed with rocket launchers; however, they move slower and have a short stamina bar. The snipers can shoot targets from a far distance, however the more distant the enemy, the lower the chance you have to hit them. Finally, the grenadiers walk around with walking grenade launchers. They have decent stamina but require a tense few seconds to set up their launcher.

Leveling up your troops is much easier than in most games. Instead of requiring you to select an individual unit, here you choose an entire class, Every soldier in that class will level up depending on how many experience points you give to that class. You gain experience points primarily through accomplishing missions; however, you can also receive bonus points by completing certain objectives, such as winning a match without having any of your teammates die or winning a game under a certain amount of turns. You can also use experience points to acquire new weapons and modifiers for your existing weapons.

The game also features a Perma-death system for certain characters. When a character that is not important to story progression gets downed in combat, you have a certain amount of time to save them. If another one of your units manages to get into physical contact with a downed unit before a certain amount of turns expire, then a medic will be sent over to rescue them. If you can’t save them in time, then they are gone forever.

To add some variety to this franchise staple, VK4 implements something called the brave system. When one of your units is downed, there is a small chance that a bar will show up on the screen with two possible choices. If your unit was downed on the enemies’ turn, you could choose to either counter the enemy’s attack or restore one token. If your unit was downed on your turn and the brave system is activated, you can choose to either counter the attack or restore said unit’s stamina, and make them temporarily invincible for the remainder of their turn. The brave system will activate at completely random times, though, so don’t rely on it as a stable option.

A Mission for Everyone

There are many mission types to keep the game from getting repetitive; some missions will have you trying to hold out until reinforcements appear, while some are stealth-based. These missions add variety so that you don’t just shoot your way through everything for the 50 plus hour experience. My only real complaint with this game is that whenever one of my units was up against a wall, and I had another unit try to pass them, even if there was about two feet of space between them and the wall, I couldn’t move past them. This scenario happened rarely, but when it did, it could be annoying.

When alls said and done VC4 is a behemoth of a game with insane replay value, and a great cast of characters. Here’s hoping the next entry can wow us all over again.