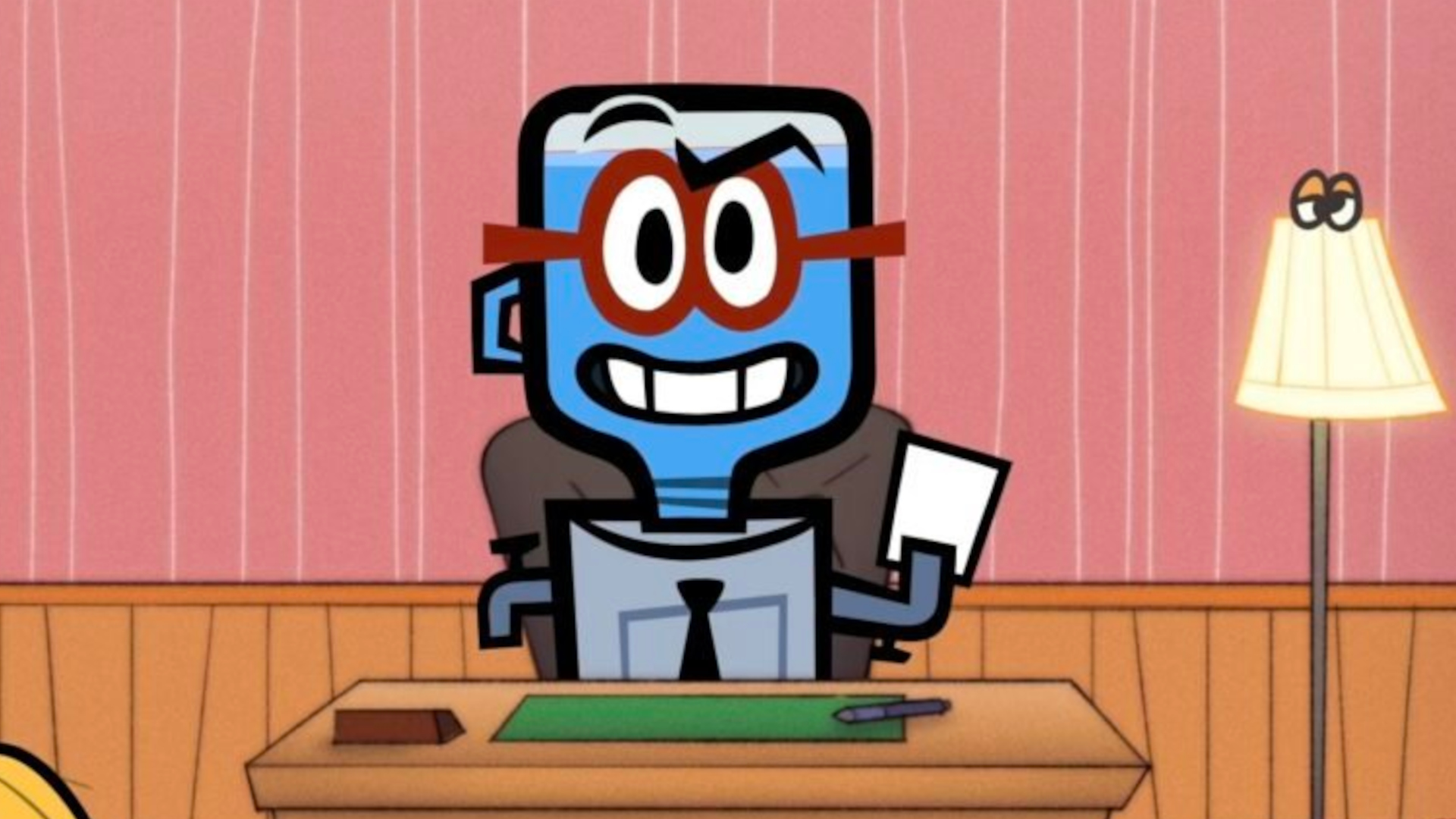 Sometimes you just want a simple, good ol’ fashioned game to play with family members or friends, in the same room, or living in a different country. From trivia buffs to artists, there is a good variety of delightful games in The Jackbox Party Pack 8.

If you don’t jack about the Jackbox Party Pack series, let me fill you in. Each entry in this franchise presents a set or “pack” of games designed to be played socially with friends, family, or even strangers. There are typically five games to choose from, and you play them all via a web browser and with a room code. Once a round starts, more people can join in but instead as the “Audience,” and the max capacity has increased to 10k Audience members at any one time. These people can then play the game in other ways, such as voting or suggesting answers. Other neat additions include the ability to filter out USA-centric questions and linking your Twitch account if you wanna stream. However, I wish the option to link your YouTube account was available.

Anyhow, I shall start to cover a game from this box-pack thingy. First off is Drawful: Animate, a continuation of the Drawful series, this time emphasizing two-frame animations. At the start of every game, each player gets a weird description, and their drawings have to match that. You get two canvases and an outline on the second canvas for you to trace your previous drawing and help you animate (make it move). The next round consists of players guessing each other’s art by giving custom answers, ranging from hilarious to accurate depending on how good your illustrations are. People will then vote on the correct description. I recommend stylus pens because drawing with your finger can be tricky, especially on a small screen.

While fun, Drawful Animate has its flaws. Firstly, it is easy to tell which one of the answers is the official description most of the time. This is because they will be well-written, lengthy, and specifically witty sentences, whereas most of your party may not put in the effort of giving long or formally written answers. This makes it easy to win for people who don’t wanna vote for their favorite answers but rather the one that looks correct. Also, everyone gets their own selection of colors, which can make things exciting but is troublesome for those who wouldn’t know how to implement, for instance, purple. There is an abundant overall fun factor, though, and people get rated both on points and how well-liked their answers were, which is gratifying. All in all, this is a great animation game for any skill level of artistry.

Here’s another art-based game, but with a twist. Up to 8 players are guests at a fancy party, but all of you have murderous intent. Everyone draws (with your touchscreen) two weapons with a prompt like “big boot” or “cannon.” One of these drawings is displayed on your profile as a reference point of your art style, and then the other Weapon will be dropped at the crime scene if you murder. After drawing, everyone makes up an imaginary “Accomplice,” and you will need to guess who wrote the name of an Accomplice to successfully kill another player. For example, if I write “Rip Van Winkle” and someone guesses I created that name, they kill me. Lights go out in this time and then turn back on to reveal who died before the investigating begins.

There are two sets of murder cases and voting determines which one will be looked into. Then, you will need to determine who is the murderer based on both the drawing and for a hidden letter in every sketch that is part of the actual murderer’s username. All players vote who they think is the murderer, and if the accused turns out to be guilty, those who guessed correctly gain points. And then the rest plays out in the same way, until round three, where the remaining unvoted “Cold Cases” are also voted upon. Although the rules and format are confusing at first, Weapons Drawn is an engaging mix of social deduction and art-making.

The Wheel of Enormous Proportions

The Wheel of Enormous Proportions is a quiz game with a twist (literally, not figuratively). It revolves around a wheel that you have to spin to ultimately win. However, before that are three rounds of trivia. The wheel is a talking sun-dial who presents you with a question and a bunch of answers to match up. So, for instance, “which of these movies did not star Robert De Niro” is one that may pop up for you with 12 options to choose from. I think a flaw shows how people who pick many answers don’t get penalized enough (it seems a wrong pick only results in one point removal instead of two). Round three will usually require a written answer. These are hard-to-guess because the Wheel will often ask what his favorite thing is or what is he thinking of.

The people with the most correct answers are each rewarded with “Slices.” These are used for the next section after the questioning finishes. You put Slices on the Wheel so that, hopefully, it lands on your Slice to earn more points when you spin. There are also other Slices you can gain, including the Power Slice and ones you can land on that grant you abilities to steal points. If someone reaches 20,000 points while spinning the Wheel, they get the chance to spin the “Winner Wheel” for a chance to win the game. It’s a chaotic, chance-based system that can surprise you at every turn. Even if someone did badly in the trivia section, they could win. It’s an enjoyable trivia game with a hilarious host (the Wheel), and I’d say it’s one of the best Jackbox trivia-orientated games.

Like its title suggests, The Poll Mine focuses on polls and their results. However, unlike Guesspoinage in Party Pack 3, the game does not use poll results from global data but rather your fellow players. So, something like “Best taco ingredient” will show several answers, and each player will pick their top three. The game then accumulates the choices into an overall ranking, and you’ve gotta guess the placements. The first round is easy enough — the #1, #2, and #3 placements — but the next stage will ask what’s #2, #3, and #4. The third and final round asks you to rank answers from worst to best. Throughout, “Torches” are your lives. You will win or lose them along the way and how many you have determines victory. The game is in teams of two, and there’s the neat “Streamer Mode” where the Audience can have their own team.

I love the game mode’s mood and ambiance above all else. The comic book styling and cave setting look striking, not to mention the weird and wonderful monsters that lie in wait behind every door. There is also a killer soundtrack, with reverb-y guitars playing along to the timer clock as it ticks. Gameplay-wise, it is pretty good fun, too, if a little limited. I wish there were an option to switch to global data because fewer players mean a smaller range of data to play with when it comes to ranking answers. Also, I don’t like how the odds are stacked against the guy who goes second, and I dislike the more silly questions. These do away with hypotheticals and actual talking points for discussion amongst your team in exchange for pure humor. Otherwise, it’s an aesthetically great and pleasingly casual poll game.

The last one to cover is Job Job, hosted by M Bubbles. They’re an anthropomorphic water cooler who is hiring someone for an office role. Up to 10 players take part in their interview, which consists of asking ridiculous questions. The first round is an icebreaker, in which players answer two prompts with at least five words. The game then shuffles and sends the sentences to other players, who attempt to answer a couple of questions with words typed by other players and even the question itself. Once everyone answers or when the timer runs out, players go head-to-head to pick their favorite solutions. The player whose response got the most votes gets the points, as well as some points for words totheir respective writers. Round two is the same thing, and round three asks you to make a “personal statement,” which racks you the most points if voted best.

M Bubbles may just be my favorite character in the Jackbox series, and the art style looks fabulous. As for the game, the enjoyment of it depends on your sense of humor. The limited grammar and punctuation available to you mean that you’ll see a lot of absurdly random statements arranged by players. Sometimes you can get the short end of the stick and have fewer colorful words to choose from, but that’s fair since chance and luck plays a considerable part in most Jackbox games. Overall, it’s a silly but fun addition.

A Flicker in the Dark

The Jackbox Party Pack 8 is a blast of a bundle. Rather than innovating the formula, this pack bursts with social entertainment that refine the foundations of earlier titles, forming the most consistent pack of games yet.

You can buy The Jackbox Party Pack 8 on PSN here.