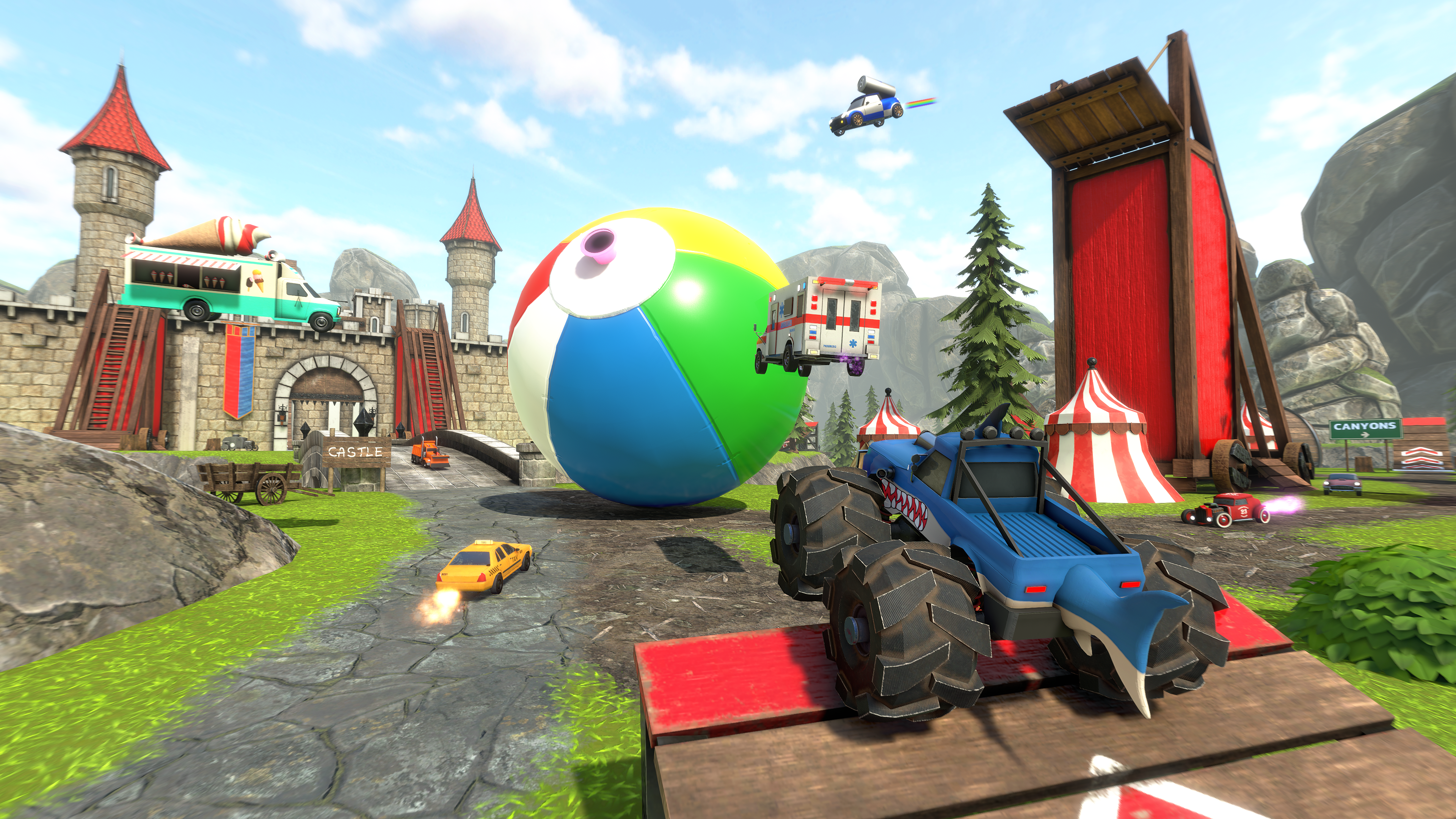 What feels like a flash game from 2010, unearthed a decade later free from corporate influence, Crash Drive 3 is everything you’d expect in a goofy cart game from that era, and then some. It’s also worth mentioning that, while we played both the PS4 and PS5 versions of Crash Drive 3, a large chunk of our gameplay was done on the PS4.

Guilty pleasures are not something that I typically indulge myself in for long periods of time. The lion’s share of the time, they are fun for a short while, and while they may be suitable for an occasional laugh, the person on the receiving end of the joke is typically the creator.

When you make a product whose selling point is how outlandish and absurd it is, you should be comfortable with a bit of self-ridicule.

This is why Crash Drive 3 is such an oddity to me.
It follows every cliché in the book and offers nothing much in terms of innovation, yet it is so delightfully shameless how it comes across that I just can’t bring myself to hate it.

A CART RACER THAT OFFERS MORE THAN EXPECTED

Crash Drive 3, at its core, is a kart racing collect-a-thon with some light RPG elements.

You perform stunts in the environments to gain points and money that you can use to purchase new vehicles, as well as upgrades for said vehicles. You also collect items and compete in mini-games with other players.

There are over 50 vehicles to unlock, and upgrading them might take a while, but it never felt as though it took longer than it should have. There’s a pretty good pacing here.

There are 10 different modes of gameplay to indulge yourself in. Many of which you would think would get boring after a while, yet after 12 hours of game time, I still find myself going back.

From cops and robbers to tank battles, the absurdity of it all makes for the perfect type of game to turn your brain off for a while and have a good time.

FUN FOR EVERYONE REGARDLESS OF PLATFORM

The controls are easy enough to get used to, but require a lot more effort to fully master than you would think from a game like this.

The game has a lot to offer in how many solo mode missions can be tackled. There is also cross-platform play for anyone who might want to play with someone on a different console.

My only real complaint with the game was that it didn’t go all out with its schlock. For example, why not have a mode where you fight a giant robot. Or maybe do something outlandish like having a level constructed entirely out of candy.

The five hub worlds are distinct and offer up their own unique personalities, but it feels like something is holding the creative team back from genuinely taking their wacky ideas to the next level.

Also, the camera can be a bit wonky at times. A few times, when I crashed into a wall at a fast speed, the camera took a few seconds to reposition itself behind my vehicle.

When all is said and done, I really had a lot more fun with a game that feels like it could have come out back in 2010 as an online flash game than I did with most modern big releases. By knowing what it wants to be and sticking with it, the development team has crafted a fun game that harkens back to the days of old in a good way.

Crash Drive 3 may be nothing more than comfort food, but at the end of the day, what’s wrong with that?