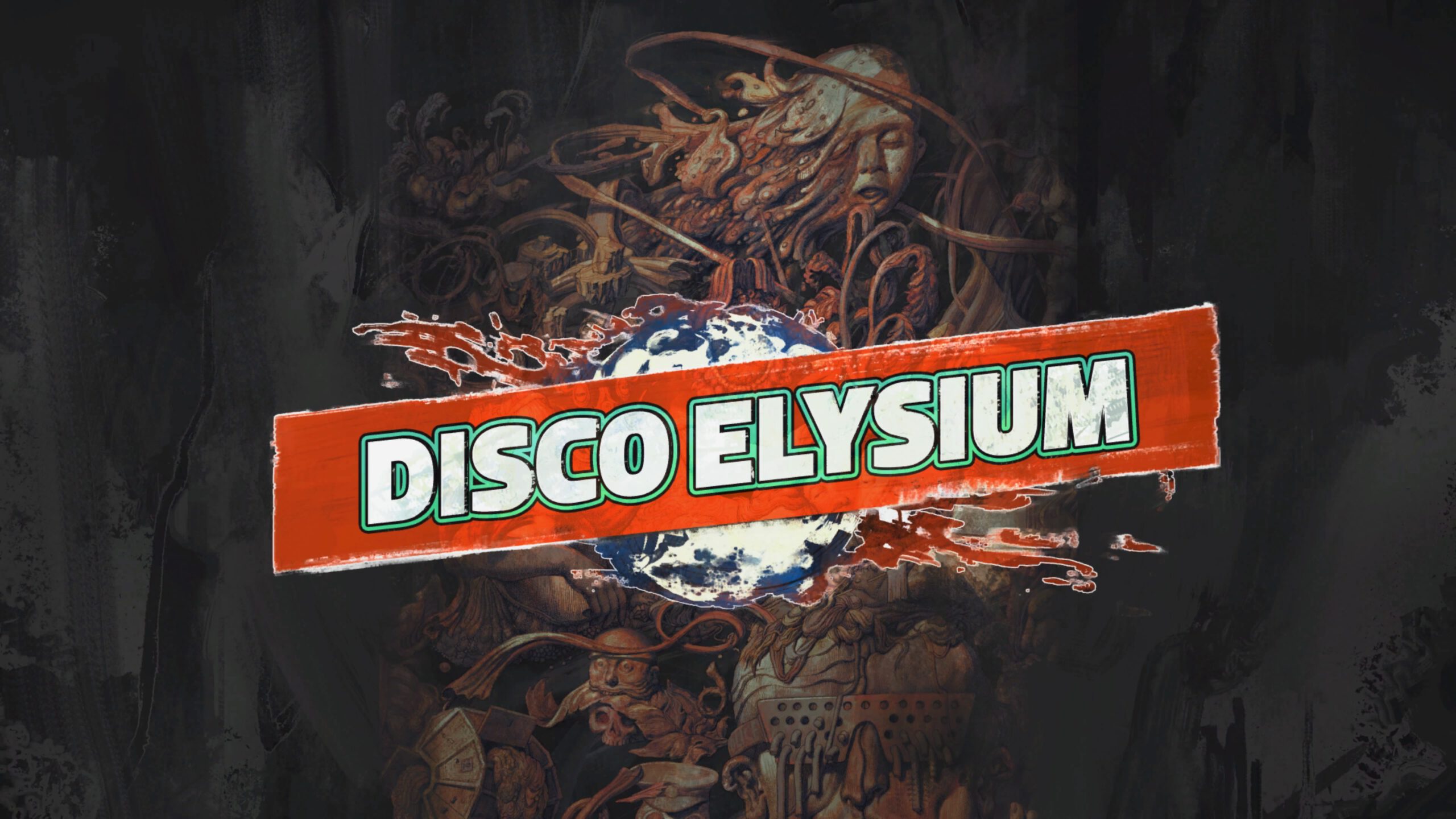 This article, Disco Elysium: The Final Cut Review (PS4,) comes late because of the bugs. Initially, there were multiple characters completely voiceless in dialogue, as well as game-breaking glitches. Although these fixes came weeks after release, it is much better to evaluate this now-stable game based on overall merit. As of version 1.51, glitches are a very rare occurrence.

Once in a pale blue moon, a work of art releases and defies its medium’s conventions. Las Meninas changed how perspective is presented through paintings. Citizen Kane shaped the structure of non-linear storytelling in cinema. Disco Elysium, an independent RPG by a small Estonian development team, is another landmark release in the development of its medium. Blending classic pen-and-paper elements with the contemporary sensibilities of dialogue skill checking is a role-playing game with an emphasis on the ‘role’ part. Not only will you be shaping your role as a detective, but also exploring your existence of personhood—your ideals, identity, and place in a rich, retro-futuristic world. To top it all off, The Final Cut adds full voice acting and new quests.

Revachol, the disgraced former capital of the world.

At the beginning of the game, you wake up from the worst bender imaginable. One of your shoes is missing, your trousers are hanging from the ceiling fan, and you don’t recognize your visage in the mirror. You don’t know where you are, but neither who you are. While this may be a traditional amnesia trope setup for the story as an RPG opener, it is genius. This isn’t just a hangover, but a rebirth—you possess a featureless mind, a blank mental slate to not only uncover who your character is but how and why your character is. For now, though, you will have to focus on solving a murder case, but more on that later…

Our hero awakens from a plain between the Void and the Veil.

Before starting this journey, you would need to select a cop ‘Archetype.’ You could pick the ‘Thinker,’ a Sherlock Holmes-type with low social skills. Next up is the ‘Sensitive’ one—A charming personality but deeply broken mentally. Last is the ‘Physical’ type, a dumb jock who punches and shoots first and does not ask many questions later. Suppose your vision of playstyle does not fit neatly into any of these three templates. In that case, you could also create your character, spending skill points into your own custom set of abilities. Although I recommend the custom character choice for a more tailored experience, one of these three archetypes will get you right into the game.

Your Own Tabula Rasa

There are four categories of abilities: ‘Intellect,’ ‘Psyche,’ ‘Physique,’ and ‘Motorics.’ Each includes a set of 6 skills, making up a total of 24. In the custom character menu, you will be overwhelmed by this expansive selection and what you should make your ‘Signature Skill.’ It is best not to overthink because skills are mostly passive early on. In general, though, they get you through skill checks and determine your approach to solving the case and battling your inner demons. It may seem like a complicated minefield at first. Still, this system is incredibly lucid once you roughly decide what sort of character you want to be.

It is not as overwhelming as it first seems…

‘Volition’ and ‘Endurance’ are skills that also act as the health pools in the game. They are, respectively, your ‘Morale’ and ‘Health.’ When particular skill checks fail, you lose one bar. When all bars are lost, that means you are insane or dead. There is a hardcore mode (one-life) if you are a sadist and many ways to poetic ways to die.

After finally sorting out a crude skill build and navigating the upper floor of a hostel for a bit, you will meet your detective partner Kim Kitsuragi in a cafeteria. He informs you of your profession as a cop and lays out your current case. A man hangs from a tree just outside of the Whirling-in-Rags (the hostel) and it is your job to find out who the murderer is. By talking to the residents of Martinaise, a run-down district in the city of Revachol. Replete with seedy and oddball suspects, it is your choice to start the investigation process wherever, and with whomever you wish. The game may be linear, but it lets you tackle it in any order, endowing a sense of spontaneity and freedom to any playthrough.

You will explore an isometric landscape, where our guy can interact with things in the environment as indicated by orbs and outlines. Orbs will give inconsequential yet meaningful details on the environment that add to the world’s believability. Then there are outlines—some containers will have them, indicating loot to be collected. These include clothing, story items, and the in-game currency ‘Reál.’ Highlighting everything interactable in the environment is as easy as pressing the L1 button, although selecting stuff is a bit more troublesome. You control your character’s head with the right analog stick, so you have to flick it in the direction you want and press X. This interactive system worked horribly upon release, but many issues are patched now as of version 1.04. Besides some trouble finding pathways to walk through, navigation and interaction in the environment work very well.

You will spend most of your time talking to the locals. And, boy, this is where things get interesting. The murder victim is bare of much notice or concern to the folks here. His death has come at a time of economic and political upheaval—a strike from a worker’s union in a cursed place for business. As such, you’ll be talking to corporate heads, a library owner, lorry drivers—people either controlling free enterprise or trying to survive in it. You will want to exhaust every dialogue option you see to unlock new tasks and advance the story over ten in-game days.  While this could have felt meandering, each day feels unforgettable as you try to navigate an expanding web of political intrigue and personal longing. Putting the cherry on top is the exploration, where you will feel an infectious industrial atmosphere.

While the world and those around you are deep and complex, there is nothing you know more than your own mind and body. To encapsulate this truth, nearly half of all dialogue in the game comes from your thoughts. Yes, that’s right—your protagonist’s psyche. As hinted at before, internal conflict is just as prevalent as the murder mystery itself. In the middle of conversations, your skills will chip in to give their thoughts in the form of occasional involuntary skill checks. And, of course, you’ll need their help for the actual skill checks.

White skill checks can be repeated, while red ones are a one-time thing.

Perhaps you inspected something in the environment? Your inner voices will come flooding in, sometimes talking to one another. For example, no matter what you do, your character is an alcoholic and drug addict. As such, the skill ‘Electrochemistry’ will pop up often to compel you to vice, possibly giving you a new quest or just teasing you to lose some Health. It’s a genuinely remarkable psychological element, with all mentality and narration being voiced by jazz musician Lenval Brown. His deep, brooding British voice will be engrained into your brain by the time you finish the game.

Electrochemistry perhaps makes an appearance too much, but addiction makes for interesting writing.

As you progress through dialogue options, new ‘Thoughts’ arise. These may be recollections of your protagonist’s fractured past or a concept in nascency. Dubbed as the feature that nearly broke the game by its creator, the ‘Thought Cabinet’ is where you will ‘Internalize’ your thoughts to gain new stat bonuses (or deductions.) Slots are limited at first, and each memory takes real in-game time to finish. Once done, you are treated to an incredible work of disturbing art, complete with narration. It is a riskier, more radical alternative to simply increasing skills each time you level up.

But how do you level up in the first place? Why, by completing tasks (quests,) of course! This is why it is good to exhaust dialogue—tasks open up plentifully when you are curious. Your log is neatly arranged into your ‘Journal,’ and this also includes the map. This is not your typical map—everything is marked by the skill checks you’ve encountered. If you fail a skill check, you can retry it later once you’ve leveled up the appropriate skill or if you get related info from a different source. Completing tasks are fun and the most prominent “game” part of this RPG.

The story in this game is so grand yet personal that you will need to experience and read it for yourself—a review cannot do it justice. What I hope to elucidate more, however, is the aesthetic splendor. The game is presented in a watercolor style, which fits the feel of the game perfectly well. Everything has around you has a melting quality, symbolizing the dilapidated, war-torn streets of Martinaise.

Even the inventory screen is eye-candy.

The character portraits are on another level—all painted by Aleksander Rostov, which imbues most characters with a striking image that you will strongly associate with that character. However, some of the in-game character models can be a little underwhelming, but that is to be expected of an indie title. And when you see a new animation for the first time, coupled with pleasant weather effects, the game feels alive. There is also the indelible, sonically delicious score from British Sea Power. Its ambiance and post-rock drone segments round off an almost indescribable mood.

Proud to Remain a PS4 Player

If you are planning to purchase this on PS4, I have some great news. It is nearly just as valid a way of playing as PC or PS5. The PS4 Pro has 4K and HDR and optimized surround sound. Meanwhile, the sole advantages of the PS5 are the faster loading times (you won’t be doing this unless you choose to backtrack a lot) and 60fps. However, you are not losing out much by playing the game on 30fps, as most animations are pretty sterile. And anyway, you will be reading dialogue along with the narrator most of the time.

Some framerate issues also prop up when there are weather effects like snow, but it still remains impressive artistically.

What’s different in The Final Cut besides the impeccable voicing of over 1 million voice lines? Well, with dialogue choices you make in particularly political conversations, you will be set on a path to an alignment. These are: ‘Communism,’ ‘Fascism,’ ‘Moralism,’ and ‘Ultraliberal.’ Adopting one of these grants you stat bonuses/reductions and opens up new dialogue. This was all in the original, but now there is are ‘Political Vision Quests,’ one for each of the alignments. These serve as consequential arcs to your character, with new art and animation. These two massive additions propel this game from excellent to near-masterpiece.

I have only scratched the surface of this monument. Just play it.

An Existential Odyssey for the Ages

With full voice acting of over one million enrapturing lines of dialogue, new quests, and an undeniable painterly look, Disco Elysium: The Final Cut is a landmark RPG. Boasting an excellent murder mystery, it also challenges the player in deconstructing a broken socio-political system and interacting with its inhabitants. The game then slowly unravels itself a dense meditation on the human condition, made possible by your dialogue choices and their consequences. What’s more, most bugs are now fixed, making the PS4 port a near-enough perfect platform for playing this near-perfect game.

You can buy Disco Elysium on PSN here. It’s a cross-buy, and there are separate trophy lists; even more reasons for multiple playthroughs.


Be sure to check out our latest analytical reviews.