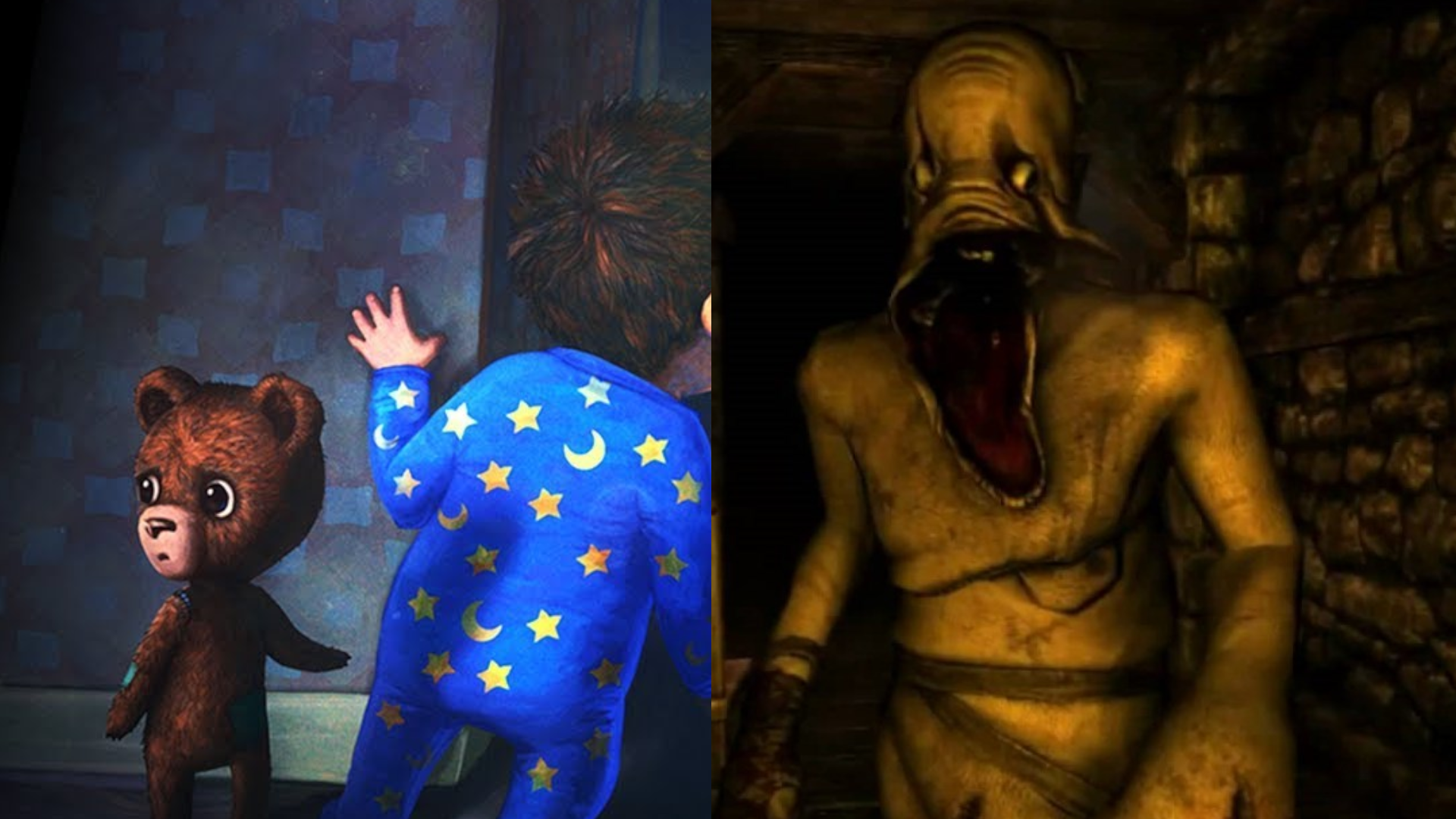 Everyone loves a good scare. But sometimes, going for grand scale and overly-polished high-grade graphics aren’t necessary. Developers all around the world create games known as indies. These games aren’t backed by big companies. Even so, the games on this list have not only made it out to the world, but also to the PS4. These are 5 Indie Horror Games on PS4.

Tacked as a PSN title, Claire puts you in the shoes of its namesake protagonist. You are supposed to go back to your comatose mother’s side in the hospital after getting a cup of coffee. But fate has other plans. Dark figures and paranormal creatures are trying to stop you at just about every turn.

What truly makes Claire unique from others is that it doesn’t rely on the graphics and cheap tricks to do the job. In fact, everything but the graphics are used to spook the player. The haunting music and atmosphere both contribute to a genuinely spooky and, some would even say, scary game.

Emily Wants to Play takes place on the final stop of your pizza delivery route. You make the grave mistake of entering the Wither’s household. After entering, you’re greeted with a door being shut. In the span of 11 PM to 6 AM, the player must piece together the history behind Emily and her dolls, who hostilely chase you.

A lot of people know of the Amnesia series. It’s a pretty well-known indie horror franchise that can be found on all platforms. Waking up in the hallway of the Prussian Brennenburg Castle, the player takes on the role of Daniel, a man who remembers very little of his past. But, as you explore the dark tunnels of your surroundings, you must also escape the clutches of The Shadow.

If Amnesia: The Dark Descent doesn’t scratch that itch, the Collection also comes with its DLC, Justine, and its indirect sequel, A Machine for Pigs.

Among the Sleep follows a nameless, recently-turned-two, toddler as he goes to find his mother in the dead of night. All the while he’s being chased by shadowy monsters. Armed with only your teddy bear to help you through, you have to pass through levels and hope that you aren’t spotted by any of the monsters.

A truly underrated horror game, Stifled uses mic activation to really push the spook factor. Playing in first person, the player has to remain quiet in real life and strategically move to make the least amount of noise possible. You can also throw rocks to distract the paranormal threat long enough to get out of range. On top of playing normally, if you want to feel like you’re in the world, it does have PSVR support.

That about wraps up our list on 5 Indie Horror Games on PS4. Did we miss any indie horror gems? Tell us in the comments!