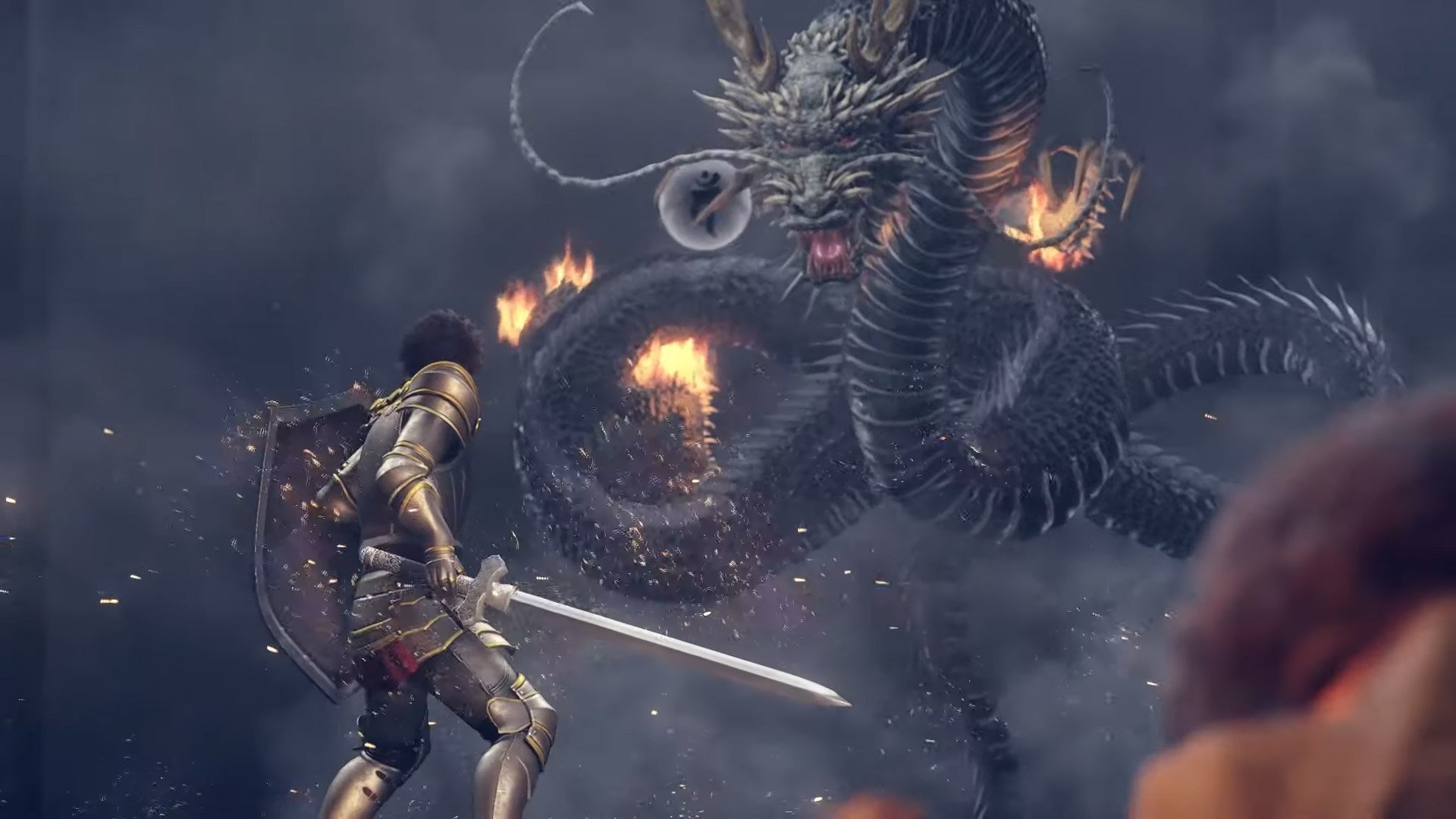 The Yakuza franchise is heralded by many fans as Sega’s best RPG franchise.

While I can’t attest to this as a newcomer to the series, if the other Yakuza games are anywhere near as good as Like A Dragon, then I can see why.

Throughout my roughly 80 hour long playthrough, I was treated to some of the most enjoyable characters, story, gameplay, and self-aware humor that had me coming back for more. 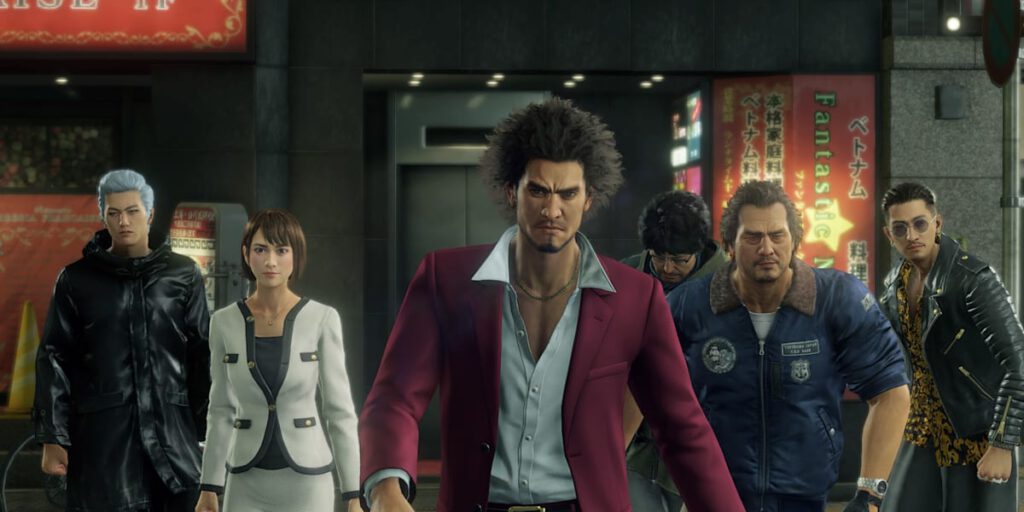 The Gang’s all here

Sent to jail for over a decade and a half for a crime he didn’t commit, Ichiban Kasuga attempts to rejoin society with nothing but the clothes on his back. His former mentor disowning him and trying to figure out how society works after being locked away for so long makes for a great hook to reel you in for this 60+ hour journey. 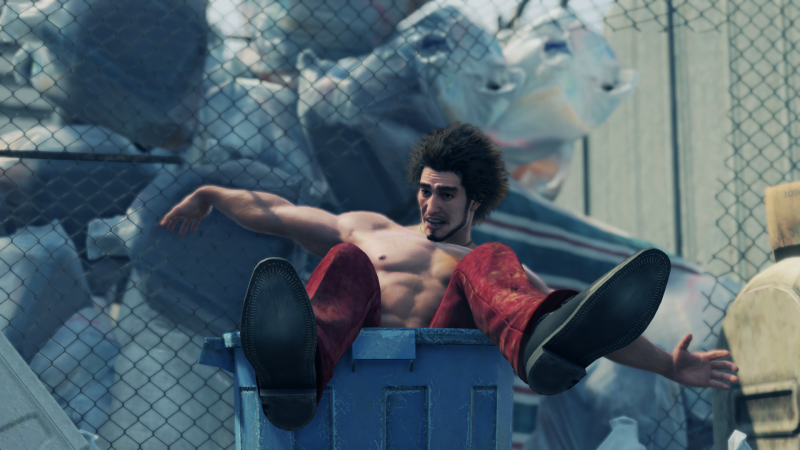 I hope our boy Kasuga isn’t too down in the dumps.

However, being shot in the chest, thrown into a garbage heap, and waking up with no money isn’t going to stop our boy Ichiban from climbing the ladder to make it to the top of society.

Like A Dragon features a unique mix of Turn-based Combat, social links to max out that can lead to unlocking hidden areas and dialogue choices, mini-games, a quasi-realistic story, and just a hint of Slice-of-life magic.

Never one to sacrifice gameplay for Story or Vice versa, Like A Dragon encourages you to get to know your teammates through many different social settings. Doing so will unlock optional cutscenes that will fill you with more of said teammate’s backstory.

It will also increase your bond with them that will allow you to unlock new skills and new job classes for those characters.

Each job class offers its own unique set of skills that certain characters can use during and outside battle.

The battles in this title are turn-based, making this the first game in the franchise not to have real-time combat. However, some elements of the combat system reward you for paying attention to what is around you, so it’s not a typical turn-based RPG. 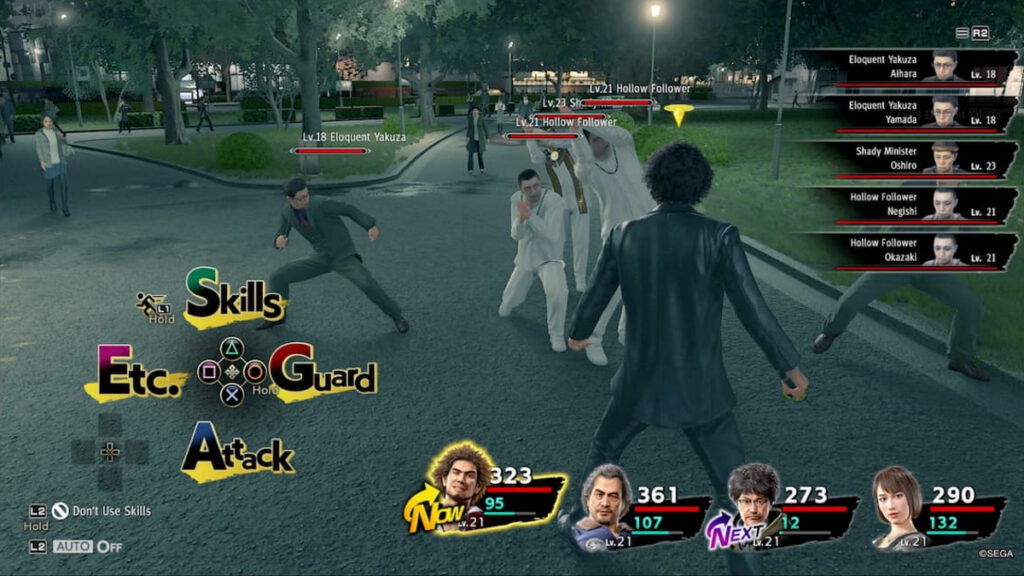 Many of your characters’ attacks require you to perform on-screen button presses to maximize their full potential.

When an attack knocks an enemy down, you will deal extra damage if you can reach them in time with another attack from one of your party members. Furthermore, when you command one of your characters to attack an enemy, and there is an item nearby, the character will pick up the item and attack your opponent.

While it may not seem like much, it does do something to make it stand out from the typical norm of turn-based battles.

There is also a gear upgrade feature that lets you create new weapons and armor and upgrade your current weapons and armor by going to a weaponsmith and combining rare items that you’ve collected throughout your adventure to strengthen your gear further. 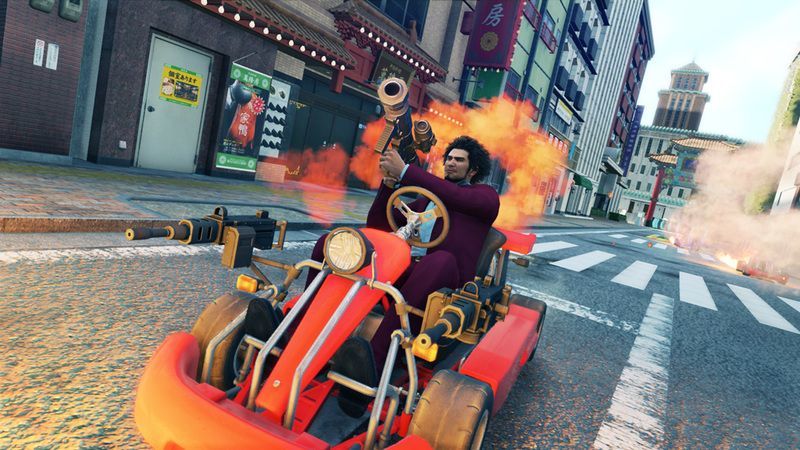 A great way to have fun is with Dragon Kart.

Like A Dragon is far more than simply a turn-based RPG set in a city; it features dozens of hours of side activities, some of which may even aid you in combat.

You can participate in go-cart events, golf, and baseball mini-games, as well as some classic Sega Arcade games, and even a casino. All of which offers you the ability to unlock items that can either be used in battle or advance your relationships with other party members.

There are also dozens of side quests that you can find throughout the city that can range from funny to serious.
This helps add to the slice-of-life nature of the game’s story.

I could spend hours searching the city for rare items that I could use to upgrade my gear and trade for other rare items.
While it may be a little annoying to have to grind for a while to get certain items either by fighting the same enemies again and again or by going to specific spots on a map, the payout is more than worth it, in my opinion. 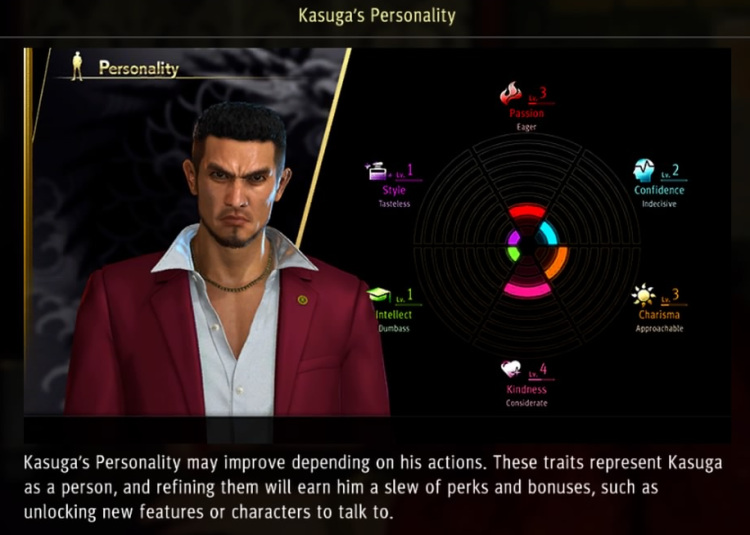 The game features personality traits that can be upgraded to strengthen your relationships and unlock secrets, similar to the Persona Games.

My personal favorite side activity in Like A Dragon was the business management side quest. You start off as the owner of a sweatshop, and through investments, and hard work, you can eventually become the owner of a top company. It took me seven hours of game time to become the best business owner in the city. The fact that I can take such a long time to focus on one side quest is a testament to this game’s staying power. 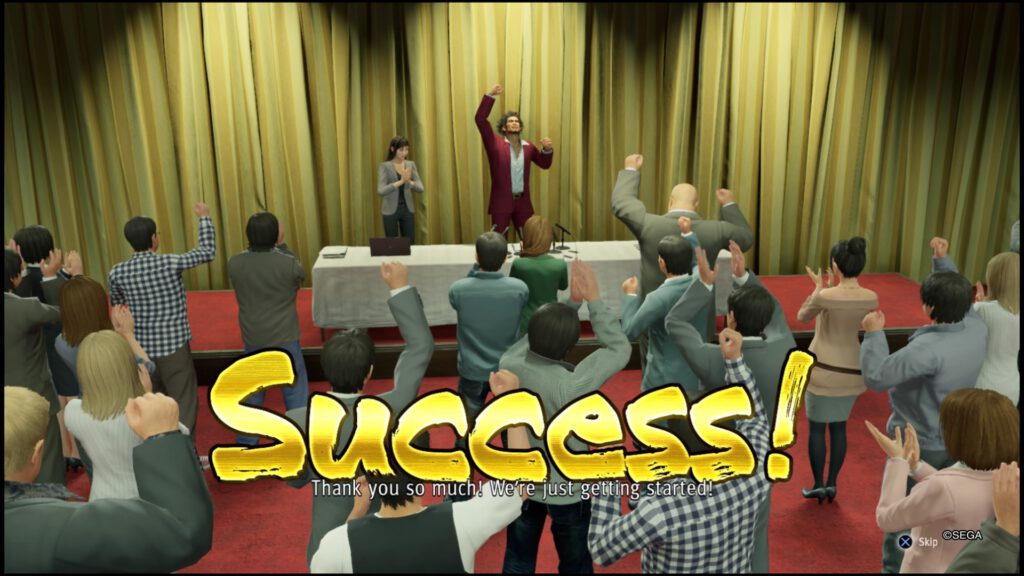 My only nitpick is that when you play this mode, you can unlock a bonus character that will join your party,
however, she isn’t in any of the significant story cutscenes. It kind of feels like a rush job that the devs couldn’t have developed slightly different cutscenes to feature her for those who worked hard to unlock her as a party member.

That said, I did enjoy the story, and the characters were well developed and fun to get to know on a personal level.

The game features self-aware humor that is done right and shows that the devs truly cared about creating a unique experience.

However, unlike SEGA’s other property that relies on being self-aware as a selling point *Cough Sonic The Hedgehog Cough*
Yakuza: Like A Dragon finds fun ways to play off of its RPG base without coming across as an adjunct as everything feels crafted to cater to the story and gameplay, not just a supplementary checklist. 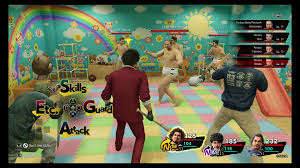 Yakuza knows how to use self aware humor in a way that adds to the game’s fun.

Someone once said that Shenmue crawled so that Yakuza could run. If that’s true, then Like A Dragon is the Usain Bolt of the series. There is so much to love and discover in the game’s 50 to 70-hour main story.

Top this off with a new game plus mode, and you have an RPG that I can easily see being played for hundreds of hours.