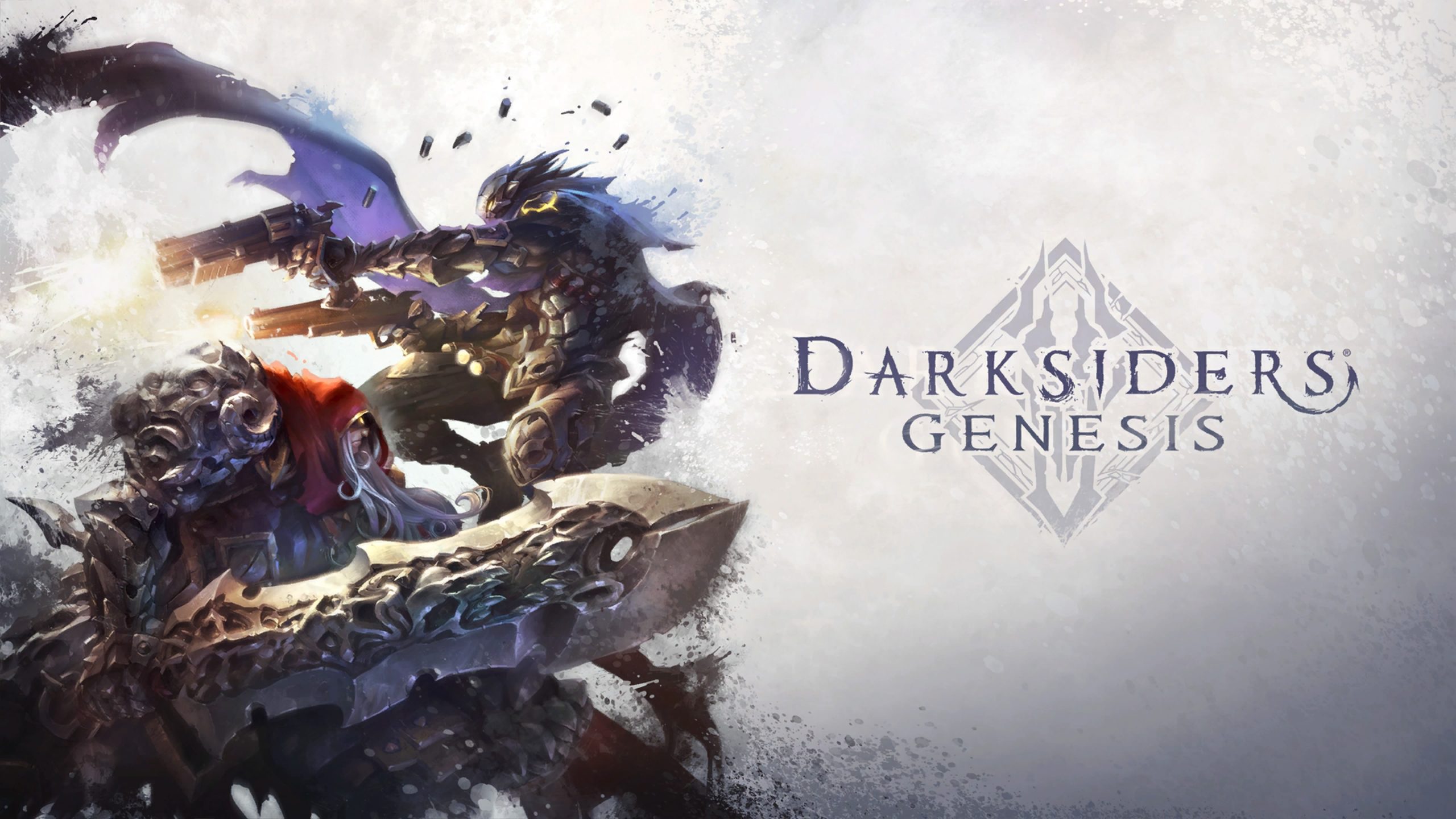 Darksiders Genesis’s existence is similar to the myth of the phoenix. It is a rebirth, rising from the ashes of Vigil Games, the closed development company of the first two entries. The foremost creative minds from Vigil returned to form the studio Airstrip Syndicate, letting mostly new artists take over their concept. This being the developers’ latest game, the result is both a shedding of old skin and a preservation of soul. By combining elements from all of its predecessors and pulling new tricks under its armored sleeve, this entry becomes an encapsulation of the franchise. Make no mistake, this is pure Darksiders. The top-down perspective is just spice to the potent mix of action, platforming, and puzzle-solving that you have come to expect from the series.

It’s the End of the World as we Know it

Lucifer, the Ruler of Hell, threatens to upset the balance between the conflict of Heaven and Hell by lending his powers to the dwelling Demon Masters. This is where our protagonists, War and Strife, two Apocalyptic Horsemen, come in. Sent by the Charred Council, they must uncover The Demon King’s evil plans by eliminating the Masters and unraveling a twisty web of power struggle and collusion. As the title suggests, this game is a genesis chapter in the story’s chronological canon. As such, the plot consequently paves the way for the series’ most pivotal story strands.

Since this is a prequel, Darksiders Genesis is a near-perfect gateway to the series for newcomers. For seasoned players, the plot will feature many familiar faces and lore beats, interwoven skillfully within the context of this tale. Strife is also an appropriate finisher to the fearsome foursome that is the Four Horsemen. While the previous games took themselves so seriously almost to a fault, Strife’s quips and light-hearted commentaries are an effective balancing act against War’s sternness and solemnity. Both characters are developed and fleshed out though, and Darksiders Genesis possesses some of the best writing in the series. It takes advantage of its prequel format to convey a tightly-knit tale of dramatic irony and mystery.

A Barrage of Bullets; A Salvo of Swords

The most striking feature that sets this apart from its predecessors is the isometric perspective. Besides this surface-level difference, the gameplay is pure Darksiders. You can control either Strife or War, each with their own abilities and combat styles. Strife is agile and shines most in his artistry of akimbo, controlled with the right analog stick. He can also pull out swift melee attacks that impose more hit frequency over damage. War, on the other gloved hand, plays exactly like he does in the first game. He delivers burly blows with punchy results, complete with the throwable Vorpal Blade. This weapon can attach itself to multiple enemies and slice them relentlessly. These two characters give you the option to go with either one of two universal playstyles: speed or strength.

Differences between the two Horsemen also include abilities and two particular divisions. Abilities come in the form of special moves that use up ‘Wrath,’ which is accumulated from dropped yellow orbs. These jaw-dropping attacks range from clone-spawning to ground pounds. Further distinguishing the characters from one another is the inclusion of ammo types for Strife and ‘Enhancements’ for War. Ammunition works in surprising ways. ‘Static Shots’ reduce movement speed and creates an impact chain to nearby enemies. Strife has two ammo slots, allowing conservation for the right occasion. For War, Enhancements act like an extra set of special moves. The Flamebrand, for example, is a fiery spinning attack that imposes gradual damage effects on enemies. Once you equip one of a new kind of bullet/power for your Horseman, a passive boost is activated. These specialties add an abundance of variety and style to every fight.

Each time enemies are defeated, you collect souls. These can be used to purchase character upgrades and abilities as well as items from Vulgrim and Dis, demon merchants selling in the hub (The Void), or at certain checkpoints within levels called Summoning Stones. Enemies also drop ‘Creature Cores,’ which is the basis for the new progression system. Each time you acquire a core, it can be assigned to an attack, health, or wrath-based slot on a skill tree. Various types of cores yield different augmentations, and placing one in a slot that matches the upgrade of the core grants an attribute bonus in one of the three main stats. Cores themselves can be upgraded by picking up the same type, unlocking upgraded buffs. With this robust tree, you can make any desired build.

Despite the influence of Diablo, these are all the progression amounts to. Rather than picking up loot, you explore the environment looking for trickster keys to unlock hidden doors and Boatman’s Keys, all to build up currency rather than to grind. There are also ‘Wrathstones’ which are made up of shards you have to collect to increase maximum, wrath power, and even new skins à la the old-school God of War games. While the creature cores, collectibles, and the currency system works well, the decision to not keep Darksiders 2’s awesomely traditional RPG leveling and loot progression is sorely missed.

When you are not performing satisfying executions on baddies, there are moments of light platforming and puzzle-solving. Some levels are designed in a way that requires the activation of beacons to unlock the path to a boss. As a result, you will have to navigate to each corner of the level to find out how to remove an obstacle. Along the way, there is an occasional need to jump in-between hanging beams and clamber across ledges. Some jumps are genuinely hard to pull off, and falling is more frequent than dying.

On another note, puzzles are a mixed bag. They are not as frustrating or superfluous as earlier entries, but they are still an unneeded distraction from the awesome monster-slaying. In an age where every solution can be searched up online, what is the point? However, puzzle-solving does shine when playing with a friend. In this case, each player has to perform specific  tasks as per their character. For example, only War can set his Vorpal Blade alight and start a bonfire, while only Strife can use Void Bombs, which conjure portals that can transfer items and characters. At least, in this way, half the work is done between two players instead of having to switch between the two Horsemen in a solo session.

Over the sixteen chapters in this campaign, there is a grandiosity in the variance of environments and bosses. Hell has been met with a disservice regarding its representation in video games as of late. Here, you can explore areas that do justice to the realm of eternal damnation. Levels take place in diverse environments ranging from the blazing bowels of pits to the frosty swathes of icy glaciers. Bosses are also awesomely unique, with each battle prioritizing spectacle over tactics or timing. It is nice to go back to the basics; to pure, unadulterated action. It does not hurt that the art style is also striking, allowing the top-down view to truly illuminate the oddly vibrant beauty in this bleak world.

A true return to form, this is a prequel that gives audiences the chance to once again bask in the wonderful hack and slash glory, this time with a friend and a whole new perspective. Topping it all off with an intriguing story that acts as a cardinal chapter in the story’s canon, Darksiders Genesis completes the tetralogy with Horseman Strife, style, and substance.