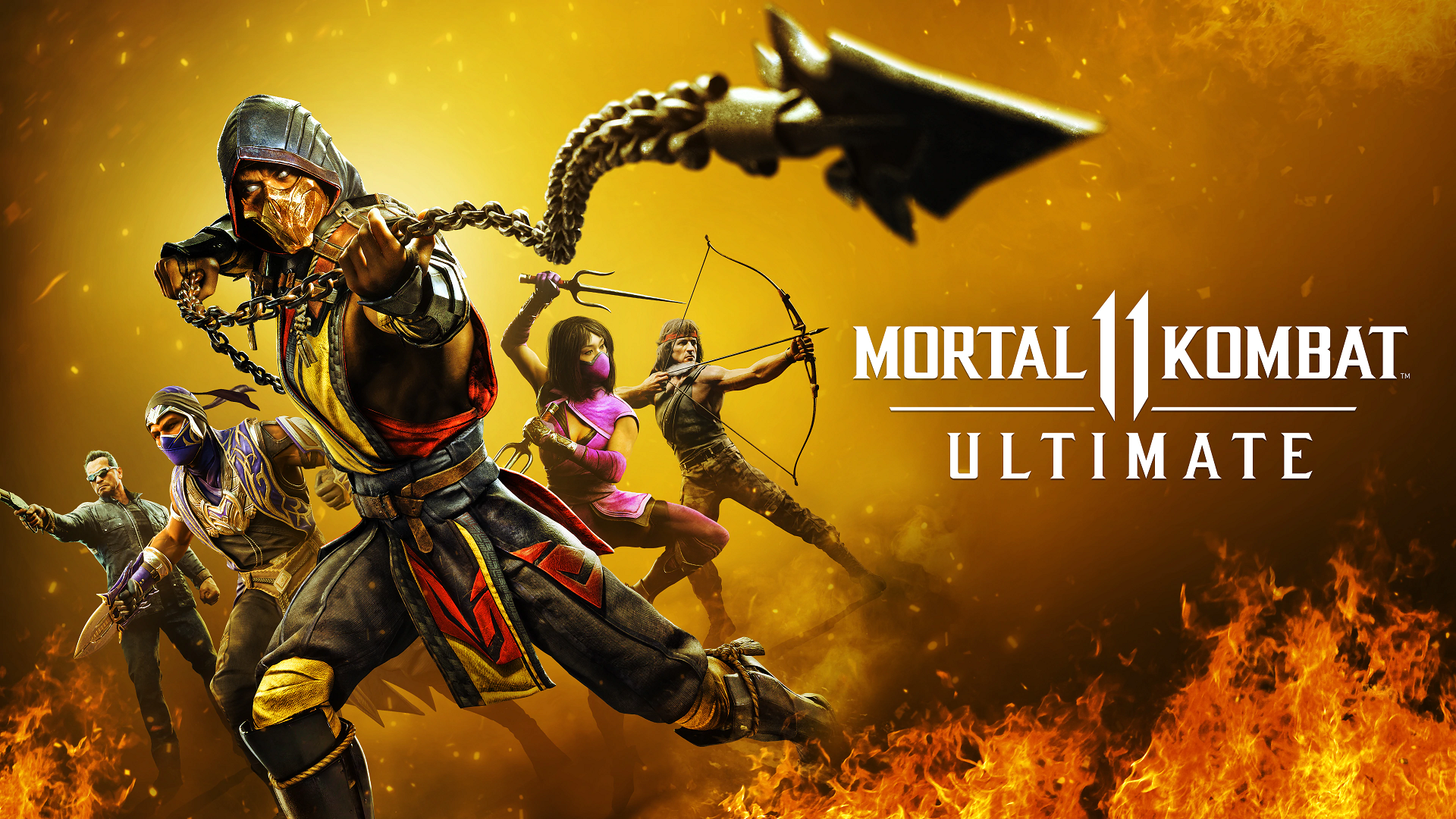 Mortal Kombat 11 is so stuck in the early 90’s it makes me want to boot up my Hummer H1, drive to the nearest Tower Records, and pick up a copy of Kurt Cobain’s newest song on cassette tape. Everything from the outdated fighting mechanics to the overabundance of in your face shlock, and dialog and humor that is so on the nose it would make even the jolliest of players cringe. MK 11 is a difficult game to recommend to anyone that is not a hardcore fan.

First and foremost, this is a fighting game, so you may think that the story and dialog shouldn’t matter that much. However, there are over 3 hours of cutscenes. If you’re going to have enough cutscenes to where it could be its own movie, I am allowed to critique the story. I liked the whole time travel plot at first, but as it progressed, it was obvious that the writers were just using it as a ploy to bring dead characters back to life.

Characters like Shao Kahn, the series’ main villain who added personality to the previous two entries, has been shoved onto the backburner in favor of a new Generic bad guy who’s characteristics were forgettable throughout about 85% of the game.

Characters are so in your face and eccentric in the way they behave; it’s almost as if they don’t care that the fate of the world is at stake. I understand that Mortal Kombat’s story has never been high art and that it has always been over the top, but there is a difference between over the top playful and over the top stupid.

The fighting is fairly similar to the last two entries, except now you have two energy bars for your character—one for attacks and one for guards. These energy bars recover quickly by themselves, so unlike in previous entries where you had to carefully land your blows to charge up your energy bar and be frugal with your special attacks, here the game encourages you to go all out with your special attacks as often as possible. This kind of feels like a cop-out, but I can understand the developers wanting to make the game easier for newcomers.

When your health reaches 30% or lower, you will be able to use your Fatal Blow, an attack that can deal significant damage if successfully landed. On top of this, there are X-ray attacks that look cool, but after three games in a row, they don’t feel interesting anymore. There are only so many times I can land a hit on someone, and it shows an X-ray of their bones and vital organs getting crushed before it gets boring. This may have been cool back in 2011 on seventh-gen hardware, but now as we near the tail end of Eighth gen console hardware and into the Ninth, I would like to see more.

Wouldn’t it be cool if the X-ray attacks had gameplay affecting qualities? Maybe if you broke an opponent’s leg, during an X-ray attack, they would walk 25% slower. And if you broke both their legs, they would move at %50 speed. Maybe you could have it where if you broke an opponent’s limb, and then they hit you with said limb, the attack would do less damage than if it wasn’t broken. Alternatively, maybe have a feature where if you puncture someone’s vital organs, they slowly lose health over a short time. The fighting may be fun in short bursts, but to me, it just doesn’t have the longevity of Netherealms’ previous entries.

Another thing that makes this game feel like it could have come out back in the early ’90s is the lackluster Wi-Fi connection. About 10% of the time I played this game online, the framerate dipped into the single digits. I felt as though I was playing with a 14K modem from 1991. This isn’t something that was unique to me, I’ve seen hundreds of videos online of people rage quitting because of piss-poor internet connection. Some people are even managing to use a lag exploit to cause the internet to slow down whenever they want, allowing them to control the pace of the game.

Just about the only thing about this game that doesn’t feel archaic are the Microtransactions, and let me tell you there are a lot of them. You have to constantly pay real money to acquire one-time use boosters to help you out in the challenge towers. However, many of the challenges are random, so you have no idea what you should equip before entering a challenge. This makes the challenge tower damn near unplayable.

After an infuriating 8 to 9 hours on the Challenge towers, I just gave up. This is coming from the same guy who spent over 180 hours on Mortal Kombat 9’s Challange tower trying to complete all 300 challenges. I can’t believe anyone thought that this was a good idea.

Flawless Victory! Or not…

With the Ultimate edition consisting of new content, I was skeptical. Thankfully, there is a significant amount of new content added to the package. The addition of the Aftermath DLC, which adds three hours of story and three extra characters, is admirable. Also, having the complete character roster of 37 fighters makes this feel like a complete package. The addition of Friendship moves, which grants each fighter a unique comical way to end the match, is a nice throwback to the Mortal Kombat of old. I also liked how the Aftermath DLC made Shao Kahn somewhat relevant again.

But it doesn’t matter how much extra content you add if the base game’s issues haven’t been addressed. When you strip all of the bells and whistles off of Mortal Kombat 11 Ultimate Edition, you are still left with a painfully mediocre fighting game with a horrendous monetization system. Sure the fighting may be fun in short bursts, and the gore factor may be fun eye candy, but this game felt as though it didn’t have any care put into it outside of the basic fighting controls.