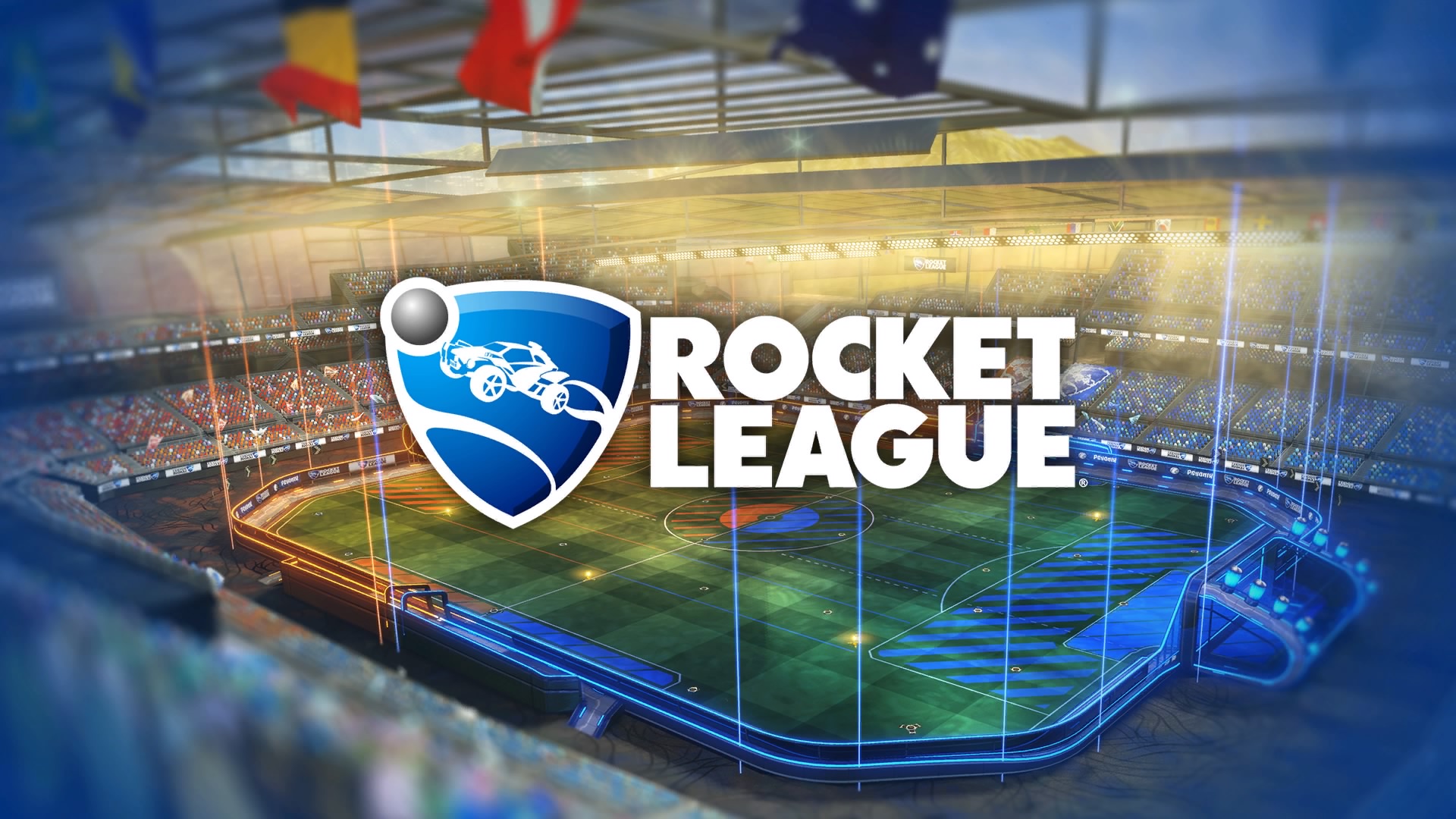 Welcome back to Second Look, our semi-regular feature where we check in with ongoing games a few years down the road to see how they’re faring today. Today’s feature on Rocket League is by guest columnist Baljot Bhatti, a visual effects editor living in Vancouver, British Columbia, Canada and an ardent fan of competitive Rocket League.

Underdog stories have a hold on us. In sports, politics, Hollywood, and most other arenas of life, we can’t help but root for the scrappy contender who, through sheer determination and a bit of luck, manages to beat the odds and find success. Indie developer Psyonix took their underdog status, and a basic conceit of car soccer, and leveraged it into one of 2015’s biggest surprise hits with the competitive sports game Rocket League.

Rocket League is an interesting crossover hit because it found fans in people who generally wouldn’t touch sports games with some sort of sports stick (that’s what non-sports people call them). The game is a blend of the tactics of soccer, the high-speed play and turnaround of hockey, and the crazy acrobatics and driving of an arcade racer. It’s as if Wayne Gretzky and Trackmania had a baby.

While the concept of car soccer has been tried before (including Psyonix’s hilariously named PS3 game, Supersonic Acrobatic Rocket-Powered Battle-Cars), Rocket League was able to take off because of a partnership with Sony where RL was released for free to PS+ owners in July of 2015. This gave the game an opportunity to spread through the community, and word of mouth ensured that anyone who didn’t get a chance to snag it for free would certainly be buying a copy later. This success led to ports of the game the Xbox One, PC, Mac and, most recently in late 2017, the Nintendo Switch.

Rocket League is, by all accounts, a success story. But we’re here to see how the game is performing nearly two and a half years after release. Unlike other sports games which get a yearly update, Psyonix has been slowly but surely adding to the original base game, providing a plethora of content for old and new players alike.

One area which they’ve significantly added to is the modes of play. Along with casual and ranked play of the regular game (which is called Soccar), you also have Hoops (a basketball variant), Snow Day (hockey), Rumble (Soccar with various game altering powerups) and Dropshot (a really interesting game type that involves destroying the floor on the other team’s side of the arena and then dropping the ball in it).

Psyonix seems determined to not rest on their laurels, continually adding to and tweaking the game. They’ve released several new competitive maps to play on, as well as weird, experimental maps that are meant to encourage new strategies and ways of thinking in the game. The dedicated Rocket League community has developed new moves and aerials that defy imagination.

Of course, watching high level play or even just observing the wild play of a normal game can feel intimidating to a new player, especially one deciding to join the fun two years into the game’s existence. I will say that yes, the game can be intimidating, and yes, you will often get beat by 12-year old kid whose Adderall-riddled brains are pulling off physics calculations that would make a peregrine falcon jealous. But more important than youth or raw talent or performance enhancing drugs is persistence and practice, and I feel like Rocket League is the perfect example of a game that rewards persistence. Eventually, jumping off the wall into an aerial and guiding the ball into the enemy net will feel like second nature. Or the enemy team will block your shot and get a lucky bounce into your net. C’est la Rocket League.

MR. MESEEKS THE FAST AND FURIOUS

The game is now also chock full of unlockables, some which you can unlock through regular play, and others which are hidden in what is now a very dirty word – loot crates. All unlockables are cosmetic only, however, and I will admit that Rocket League is literally the only game I’ve ever spent real world money on to open crates. The hope is to get a new car or an animated skin or some awesome rocket trail, but it’s a lottery in which a crappy decal is more likely. As with all things loot crates, your mileage may vary. If you don’t want to spend any money, there’s also a system that allows you to trade in five items of the same rarity to get one item of a better rarity. I’ve gotten some pretty great stuff just out of this trade in system alone.

Post-release, Psyonix has also added trading between players, which is a huge economy in and of itself. A lot of games you’ll play online will inevitably have some random player asking “trade?”. You can party up with them and trade items between yourselves, and you can even trade keys which open crates. There are several websites dedicated solely to finding players on your platform who are looking for what you have, or have what you’re looking for. Like playing the game itself, it just takes a bit of persistence to get the results you’re after.

Psyonix has also become involved with e-sports, and Rocket League is a rising star in that venue. Their annual championship is widely watched in the e-sports community, with a grand prize this year of $109,000. In addition to the championships and regional contests organized by the RL Championship Series, Psyonix recently patched in the ability for players to set up and organize their own tournaments.

On top of all that, Psyonix has been working on setting up a proper cross-play infrastructure between all systems featuring Rocket League. At present, the PS4 is able to do cross-play with PC. You can’t party up together for online matchmaking, unfortunately (this is in the works), but PS4 and PC players can play private matches together, and often when you’re playing online with random players, some of them will be PC players. Rocket League is a great example of a game that has flourished in a cross-play environment, as everyone playing is equalized through the use of controllers.

Visually, the game uses simple textures and geometry to look as sharp and fluid as possible. The game runs at 60fps no matter what resolution you play at, and Psyonix has worked hard to keep that frame rate locked since the game’s release. You’ll rarely see a dip in frame rate, usually if three or four cars blow up at the same time on screen. I have been playing on a 1080p screen since its release, but I’ve played on a 4K screen as well and it looks absolutely gorgeous. I will say that the new supersampling mode introduced for 4K games played on a 1080p screen makes Rocket League look even better. All the cars, the animated skins and wheels, the rocket trails and goal explosions all pop like crazy. It started its life as a decent looking game and now is one of the sharpest looking games on Playstation.

I also really love how they’ve worked on the audio since the game came out. Psyonix has doubled the size of their curated soundtrack since 2015. One of my favorite new things, just introduced in the last patch, was making the audience smarter in predicting plays and having appropriate reactions for the situation. You’ll hear the audience get louder as a play is driven into enemy territory, anticipating a goal or a save. It’s smart programming to make a game with rocket powered soccer cars more immersive.

Unfortunately, it’s not all rosy in RL land. Server stability has always been an issue with the game, and as the player base expands, Psyonix has been struggling a bit to keep up. Since the latest patch on PS4, you’re almost always guaranteed 10-30 seconds of inconsistent server performance when the game starts. The performance does even out after that time, but in a game of Rocket League, ten seconds of bad lag can feel like an eternity. If Psyonix is committed to making Rocket League a game that stays competitive, they have to make server stability and performance priority #1.

As it stands, Rocket League is and probably will remain one of my favorite games on the PlayStation 4. The quick action, short matches, emphasis on practice and persistence and small footprint on the PS4 hard drive (around 5GB) means that it will always be around on my PS4, ready to be fired up for a quick match. Even 2 years after release, I’m still putting in at least 5 hours of competitive ranked play every week, and I would consider myself on the low end of truly dedicated players. Psyonix seems committed to adding more content and refining Rocket League even further, so I plan on playing this game until my hands grow arthritic from pulling off sick aerials.