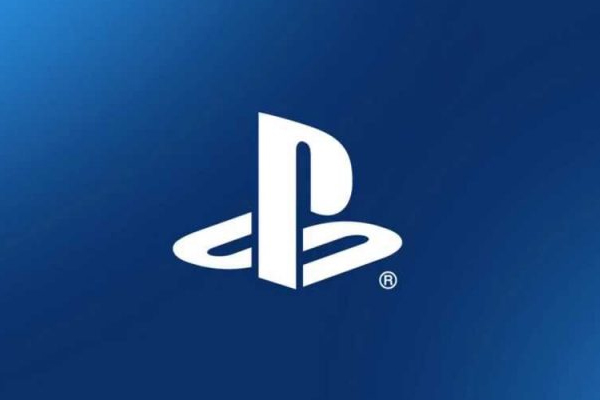 Black Mirror is a supernatural tale that takes place in Scotland in 1926. You play as David Gordon who, after the apparent suicide of his father, visits his family castle to discover what happened. The game reeks of intrigue and mystery and has a Edgar Allen Poe or H.P. Lovecraft vibe to it. The Gordon family has some large, scary skeletons in its closet.


Black Mirror has a lot of potential to be a good game with the story. There’s an interesting mystery to uncover that is compelling even if it isn’t real new. That potential is pulled short however by a lot of technical issues that can take away immersion and in some cases, ruin the game entirely.

Black Mirror is actually a reboot of a point and click adventure series by the same name that started in 2004. The series was known for its gothic and dreary atmosphere and artstyle. For the most part the series did fairly well with gamers. This new addition is a standalone reboot that tries to update this point and click adventure series which, for the most part it succeeds. Until it doesn’t.

I debated on which end of the spectrum to start on for this game and I decided to get the worst stuff out of the way first. I’m going to bash this game before I praise it.

Black Mirror has a long list of issues that make for an interesting experience to say the least. There are a lot of bugs and what seems like unfinished aspects to this game. Some bugs might make you giggle. For example, when a cutscene comes on, David was looking in an entirely different direction from the other character he was supposed to be talking to.

More extreme bugs may keep you from playing the game altogether. Some people reported the game crashing every time they tried to talk to a certain character which just happened to be the only way to advance the game. I was lucky enough to not encounter one of these game breaking bugs though.

Clipping, framerate freezing, other minor glitches, and everything else in between were some of what I had to deal with throughout my own playthrough. And it’s pretty much the same across all platforms from what I gathered. This game could have used a lot more time in the oven to finish cooking.

Top that all off with a lot of loading times (sometimes 30 seconds or more), and characters with very little expressiveness and Black Mirror quickly starts teetering into disappointment territory. Don’t expect full immersion with this game. The bugs become a part of the game and they don’t really go away. You get used to them after awhile and that’s not really a good thing. You shouldn’t have to get used to bugs in a game. Black Mirror is very rough around the edges. At least from my experience.

I could go on and on about this but I don’t want to fill this entire review listing all the bugs I encountered. If you give the game a try just beware that you will see bugs on a fairly consistent basis. For the most part it doesn’t ruin the game entirely though and once you look past this aspect, the game is actually pretty decent.

The gameplay is similar to the genre Black Mirror originated from; point and click. It feels a lot like a point and click adventure except that you have the freedom to walk around and is more akin to what you might call a walking simulator. If you have played point and click games this game will immediately feel familiar. You walk into a room and interact with different objects that can either help you advance through the story or solve a puzzle.

You don’t really have enemies to fight. Black Mirror is all about unraveling the mystery. In this, the game does very well for itself. It has a great atmosphere and the environments are well done and are look very gothic horror. And while I expected a castle to be a bit bigger than this one is, the house is quite memorable. Even if it is full of loading screens.

Get Used to Seeing This Screen

There is one hallway in particular that has no items or puzzles or anything in it at all. It only serves as a hall to get to the next room. That makes since, of course, but the hall serves no other purpose then to spend about three seconds traversing the hall just to wait for another twenty to thirty seconds of loading. All to get to the next room.

You Want Me To Go Where?

Controlling David can be a chore at times. For the most part he will go where you tell him. But you may find yourself running into invisible boundaries that don’t entirely make sense. Another issue I had, at least for a while, was the camera.

Like a lot of point and click adventure games the camera is fixed at certain angles for each screen. As you traverse through the house the camera changes and you will have to adjust the direction you’re pushing the stick. Think of the old Resident Evil games with the “tank” controls and how it had a slight delay in changing the direction of your character so that you could adjust your character's trajectory.

The camera angles are in a fixed position and as you cross from one angle to another you may be facing a different direction. The game tries to adjust for this by keeping you going in the same direction until you can adjust the angle of your controller stick. As is to be expected. The problem I had was I found myself adjusting before the game was ready to relinquish control and would have David running in random directions still based on the previous screens camera. It wasn’t a huge deal but something I ran into quite often.

An adventure game wouldn’t be an adventure game without puzzles. Most of the puzzles in Black Mirror are not too difficult. You should be able to figure them out without too much effort. Some puzzles I just fiddled my way through until I made something happen. But I thought some of them were very creative.

One of my favorites is right at the beginning of the game and has you trying to unlock a desk drawer. You have to find and unlock a series of different switches and puzzles in various parts of the desk to unlock the drawer. This includes the sides of the desk which you can move around to and interact with. I thought it was well done and a pleasant surprise for a puzzle.

Some puzzles take place in the actual inventory itself. One reoccurring puzzle is what is essentially a master key. It has several pieces that can be rotated on the key to change the shape to match certain locks. Some of which you find later. You manipulated this key right in the inventory and I thought that was a neat aspect. Overall I enjoyed the puzzles and only got stuck a couple times.

Everyone Has a Good Poker Face

The graphics in this game are a mixed bag. All bugs aside, the environment is well done. As I mentioned, the house itself looks good and the detail is nice. Each room differentiates themselves from the other rooms quite nicely and outside looks nice both at night and during the day.

The characters leave a little to be desired though. They show very little expressions and for a game that is full of cutscenes and interactions with various characters, having no expressions is a bit distracting. There are a few times they do show shock or horror but that’s about it. They have the same wooden expression throughout the game otherwise. Not a deal breaker but like a lot of things in this game, it’s a bit distracting and takes away any immersion.

I Love a Good Mystery

The strongest part of Black Mirror is its story. While it doesn’t do anything terribly new the mystery is the driving force of the game. As you solve puzzles and uncover family skeletons from David’s estranged family you’ll discover secrets that may have been better off staying buried. It’s a classic supernatural mystery a la Poe or Lovecraft and I found myself looking forward to the next turn of events despite all the bugs and distractions.

As the mystery unraveled I found myself playing through the game just to see what was going on. There are a few surprises and overall might be worth at least one playthrough. Bugs and all.

There isn’t much else to say about Black Mirror without bashing it even more then I already have. It has some potential and might even be worth a play through if you like this kind of story. The story and setting are good even if a bit predictable. But I found myself pretty tired of the game by the time I made my way through it with little desire to return. Black Mirror ruins any immersion it may have on a regular basis and frankly, that’s a little disappointing. When it worked, I enjoyed the game and its mysteries. But I probably won’t be heading back again anytime soon. This game needed a little more time getting cleaned up and fixed. If some of the bugs were fixed we could have had a gem on our hands. But alas, what we have is a potentially good game that’s not really broken persay but definitely needs some mending.

The original was recommended to me and I still haven't played it. But I really like the plot and setting, so I'll check out both eventually. Too bad about the technical issues, so I'm not sure when I'll get around to it.

The original was recommended to me and I still haven&#39t played it. But I really like the plot and setting, so I&#39ll check out both eventually. Too bad about the technical issues, so I&#39m not sure when I&#39ll get around to it.