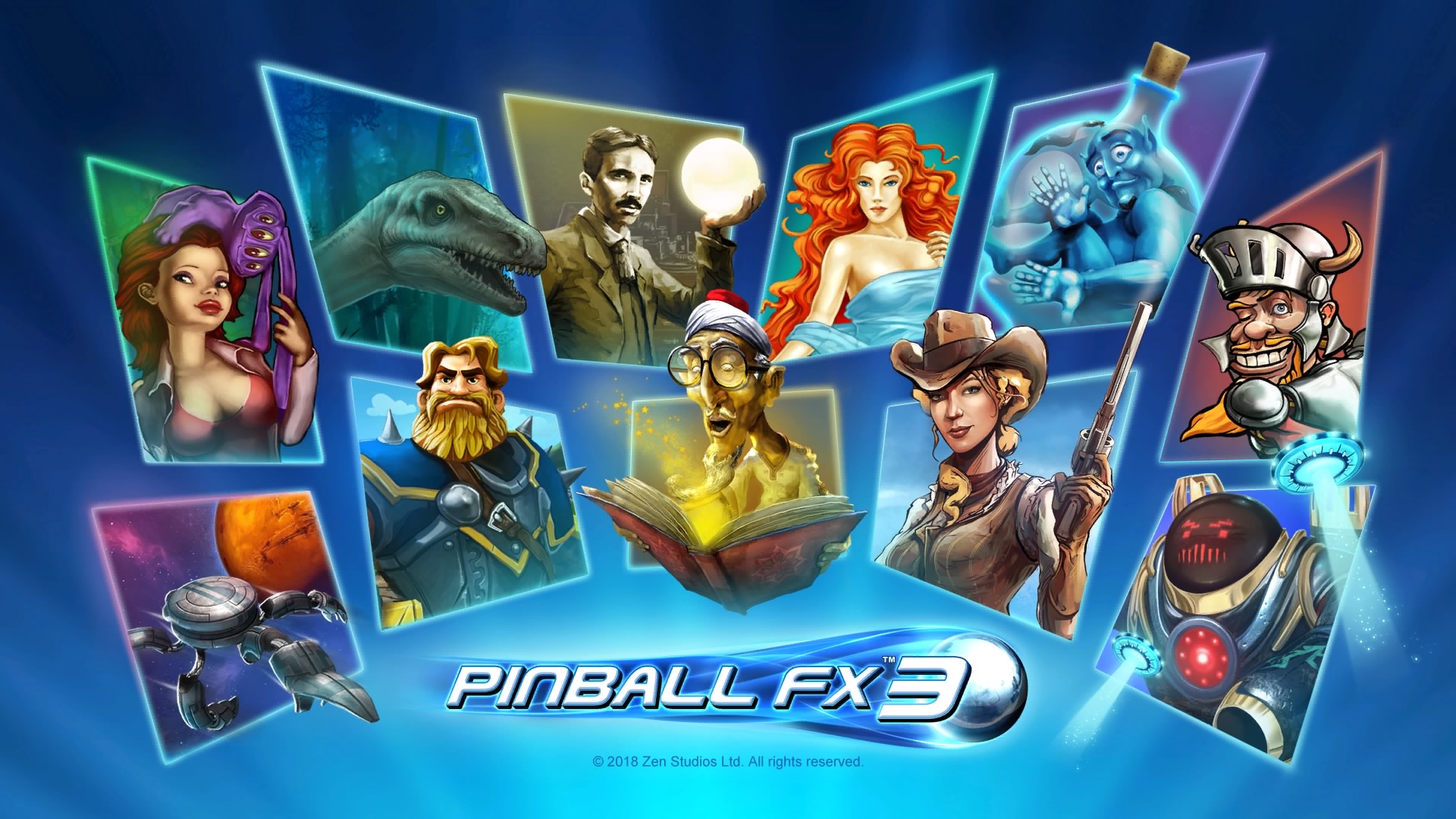 I may as well be honest at the outset, here – I’ve never played Pinball FX 3 before now. It wasn’t until Zen Studios sent me review copy of their latest release that I’d given it any thought, so for those of you who are fans of the franchise (and I know you are many) please forgive me as I fumble my way through this review. I usually try to put games into a certain context when reviewing them, but without any prior experience with the long-running series, I am at a bit of a disadvantage.

As a child of the 70s and 80s, however, I grew up playing pinball; it was the PlayStation of our time. Even better, my grandfather ran his own pool hall and kept several used pinball machines in his basement for us kids to play whenever we came over, making his home somewhat like a typical arcade, in that I was always fighting with my brothers over quarters. So while I’m not unfamiliar with the mechanics of the systems, I am lacking a certain knowledge of FX 3. What I do know, after spending several hours with these Last Jedi tables, is that I look forward to fixing that problem in the near future.

For those not in the know, Pinball FX 3 is a virtual pinball simulator, with a base game that is free to play, but includes several downloadable virtual machines which you can purchase a la carte. The tables cover a wide variety of franchises, from Back to the Future to E.T. to, of course, Star Wars. There’s a certain culture to arcade games that younger people will never understand. I grew up in bowling alleys and movie theater arcades where your skill was judged on how long you could last on a quarter; throw down a quarter, call “I’ve got next” and wait for your turn at glory.  Pinball FX 3 plays to that nostalgia quite well, with virtual tables that are lovingly crafted. Zen Studios has done a wonderful job with these Star Wars boards, creating a modern take on the classic pinball experience.

It’s just not an arcade experience without some friendly competition, however. While Pinball FX 3 won’t give you the real feel of scarfing down stale nachos while you stand in line, it does feature a complete leaderboard experience that allows you to fight your friends for top scores.

With the Last Jedi DLC you get two boards, both of which come with leaderboards and individual challenges. Single Ball tasks you with putting up the highest numbers with just one chance, for example. More importantly you can just tease your friends into trying to one up your scores.

The Last Jedi tables look fantastic, making great use of the poster art that typically accompanies Star Wars movies, while also translating it into a 3D space. As you progress through a run, you’ll unlock scenes from the movies that play out across the table, with X-Wings and Tie Fightes soaring across the board. It can be a bit distracting at times, but it’s a wonderful look.

One of the most important aspects of any pinball table is the look; pinball machines were doing graphics long before we even had computers, and Pinball FX 3 pulls no punches on this front. I’m quite fond of the visual aesthetic at work here. They make great use of modern graphical techniques while calling back to the glory days of 70s Star Wars style. It is at once retro and modern. I am a fan.

Should you pick up this newest release for FX 3? That honestly depends on how much you like pinball, and whether or not you are already into the FX 3 ecosystem. Children of the arcade scene, and those who bought into FX 3 already should definitely apply, but those of you asking “what’s pinball?” should stick to other franchises. Pinball FX 3 is all about the nostalgia of the golden age of arcades, and it nails that perfectly.