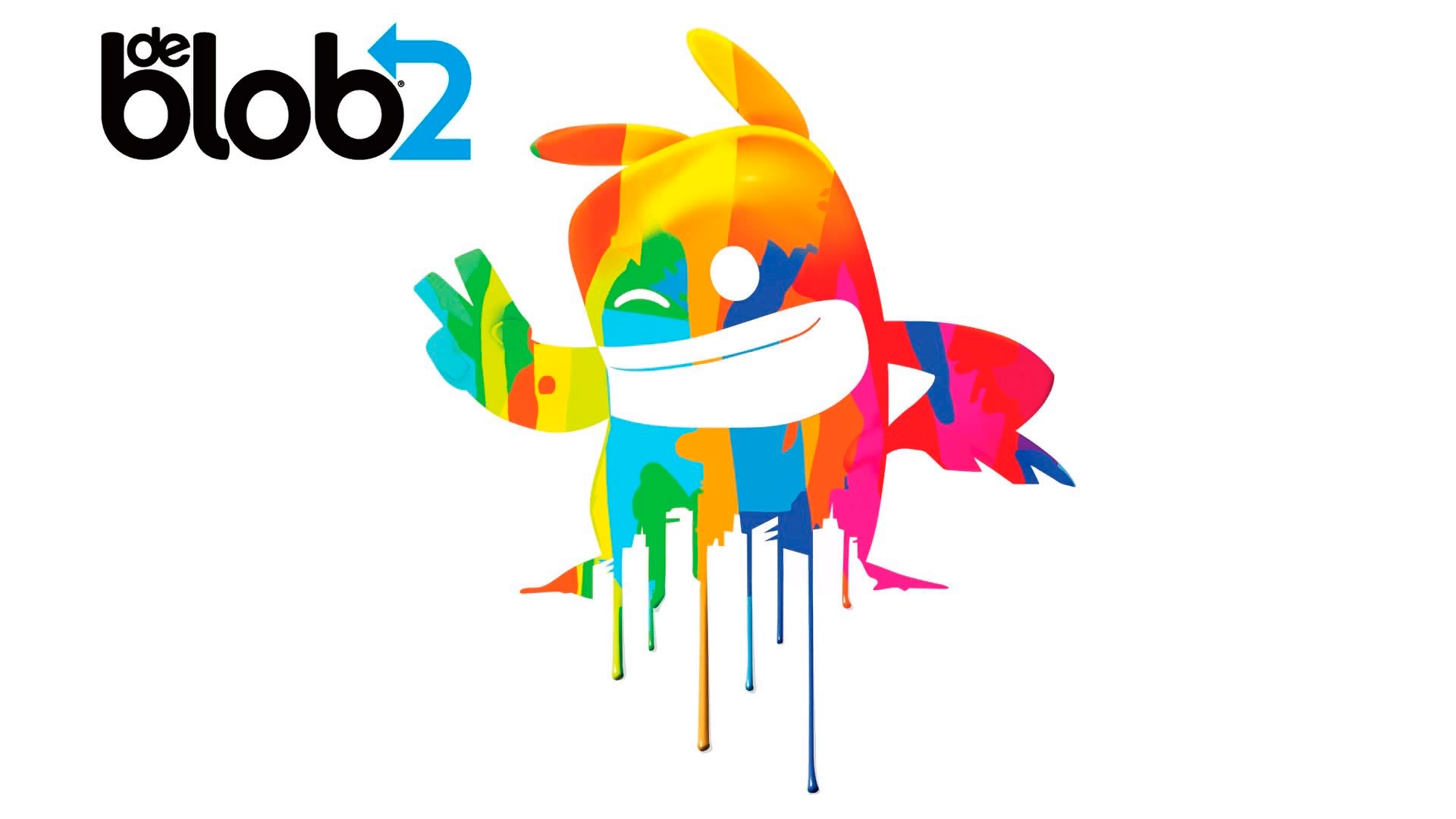 As a single father of a 10-year-old boy, video games would likely be a big part of my life even if I didn’t write about them. Over the past few years, games have become one of the primary ways in which we spend time together and bond, but over that same period I’ve also noticed just how few titles exist out there which are both appropriate for young children and well made. Sometimes, it seems like everything is shooters and zombies and GTA clones, and that’s what makes de Blob 2 such a breath of fresh air. Originally released on previous generation hardware in 2011, de Blob 2 is back this year on PS4 with a fresh coat of paint. So to speak.

de Blob 2, much like its predecessor, is primarily a game about color. You play as the titular Blob, a large, gelatinous ball of paint come to life as he attempts to save Prisma City from the nefarious Comrade Black, whose only goal is to drain all color from the world. To stop him, you must literally paint the town red (and orange, yellow, green, blue and purple), along with most of its citizens, and bring some joy back into their life. This is accomplished by activating various ‘color fountains’ throughout the city and activating them. While the game primarily takes place in a 3-dimensional space on the city streets, in order to activate these pumps you’ll have to travel down into the city sewers, which feature more traditional 2D platforming.

Once you’ve activated your color pumps, it’s just a matter of returning to the surface and getting to work. Your job is to spruce up a city that has been drained of all color by painting buildings, trees, cars, even citizens with whichever color they might need. Certain objects require certain colors, and you can change color at any time simply by diving into the corresponding color fountain. Painting is as easy as simply rolling over the object in question; so long as you have enough paint on you, whatever you touch will turn the same color.

Each section of the city has several goals that must be accomplished to ‘liberate’ it, and you’re given roughly an hour to finish off every task, after which you’re “graded” with various superlatives such as “FANTASTIC” or “WAY TO GO!”. If your only concern is progressing the story, though, you’ll never need that much time. It’s also remarkably difficult to die in de Blob 2. The only color Blob can’t handle is black, and if he’s coated in black paint, he begins to shrink until he finds a water source and washes it off; if you take too long (more than a minute) the game will come to an end. As there is always a water source within a few feet, you’re never in any real danger.

You can also hit Triangle at any time to see not only where every color on the map can be found, but also an arrow that will lead you directly to your next objective. There is little mystery or challenge here, but this lax difficulty is not a failing by any means. Rather, it is a smart acknowledgment of the game’s target audience – young children. Most kids will probably not care one bit about continuing the story but rather just want to roam around the world, using it like one giant and interactive coloring book. This relaxed pace makes the game a great way to simply goof around and enjoy some snazzy visuals and good-natured humor.

If you want to join in the fun with your child, there is a co-op element to the game that adds a good bit of zany fun, though you and your kid may have some difference of opinion about how to paint your city back to life. In the end, de Blob 2 is mostly a game about creative expression and pleasant visual experiences.

It’s not going to knock your socks off with its narrative, and it doesn’t have terribly deep gameplay, but it’s a great way to spend an afternoon with your kid, and the kind of game you can let them play without worrying about the content. If you didn’t get a chance (or have a reason) to pick this game up on the PS3, I’d definitely recommend diving into the PS4 version.