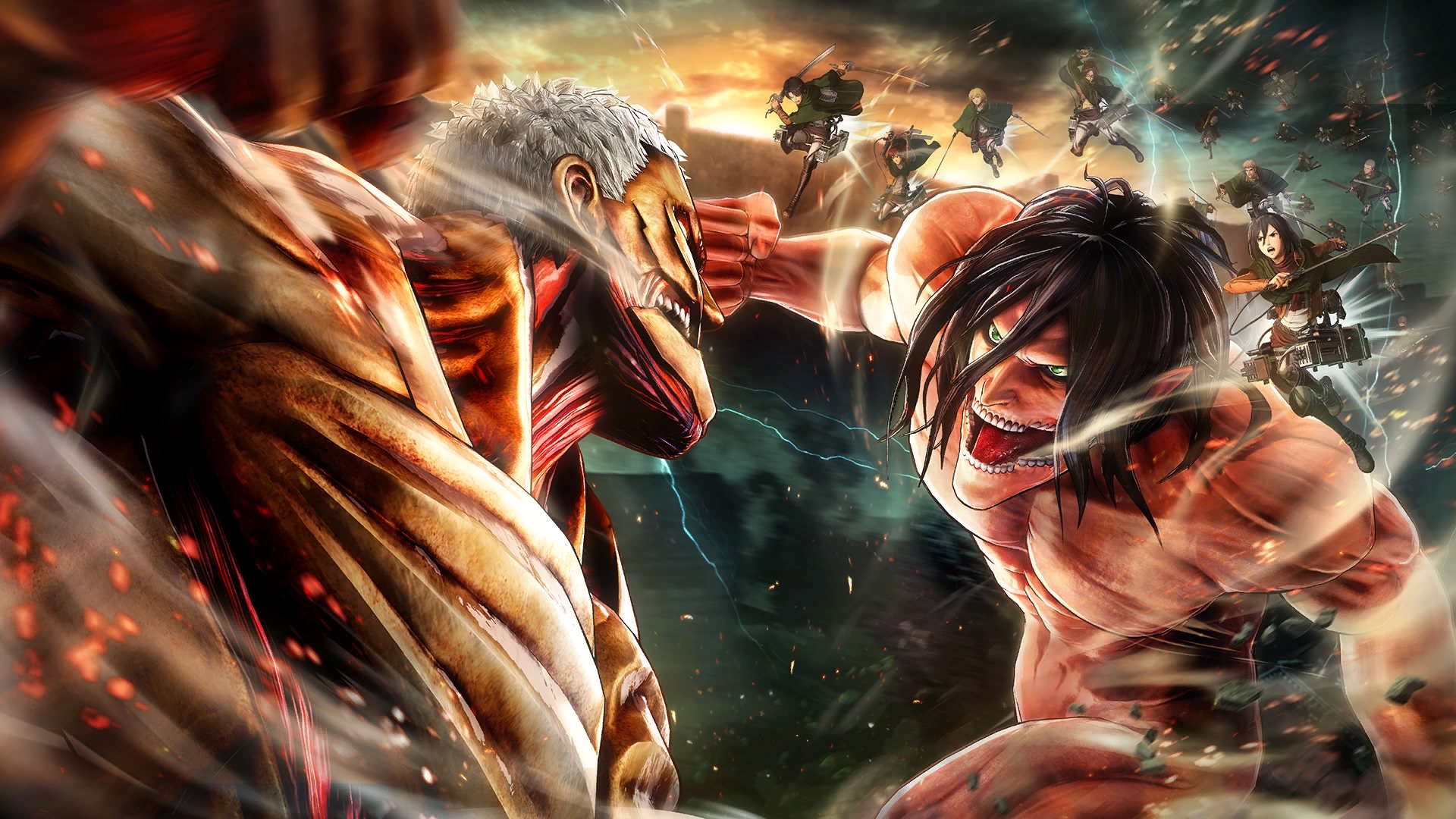 I may as well get this out of the way since I’m sure the review will make it abundantly clear to any fans of the series, anyway – until I played this game, I had zero experience with the Attack on Titan franchise. I’ve never read the manga, nor watched the anime. I’m working from a bit of a knowledge deficit when it comes to putting this game into its proper context that simple research can’t entirely compensate for, and I wanted to be up front about it. Having said that, perhaps the greatest thing I can say about Attack on Titan 2 for the PlayStation 4 is that it makes me want to remedy that problem.

Attack on Titan 2 picks up where 2016’s Attack on Titan ends, telling the tale of the 104th Cadet Corps as they train to face a threat poised to destroy the last vestiges of humanity, which hides behind three massive walls designed to keep mysterious, colossal enemies known as titans at bay. We soon learn that these walls are ill suited to the task as they’re repeatedly breached, necessitating the creation of a comprehensive response team involving scouts, MPs and supply teams.

Attack on Titan 2 conveys its story through the discovered journals of a mysterious hero known only as “our man”, which is basically a narrative excuse for a custom create-a-character model. The story picks up with our hero undergoing a brief training sequence in which we learn to use the Omni-Directional Mobility (ODM) gear to navigate large, open spaces with the speed and agility of a mechanized Spider-Man, and learn to work together with our fellow cadets.

Teamwork in Attack on Titan 2 is paramount, as you’ll need to work in concert with your fellow soldiers to bring down the towering enemies that threaten humanity. You’re encouraged, through story sequences in between battles, to get to know your team and build and strengthen friendships. More than just providing some narrative context, these friendships have impacts on how you and your team perform in the field, as stronger relationships unlock more options in battle. The game does a wonderful job motivating you to explore these relationships, with solid writing and characterization that lets you get to know the characters around you better than you might expect. There is lot of depth and variety among your supporting cast that make the non-combat intervals just as interesting, if not more so, than any of the battles you take part in.

After training, you’re thrust almost immediately into a crisis situation as an armored, “colossal titan” breaks through the outermost wall, allowing dozens of smaller titans (most of which still tower over even the tallest buildings) to pour through. Attack on Titan 2 doesn’t really believe in easing players into the situation, as even the earliest missions can span vast portions of the city and involve dozens of enemies requiring you to multitask and prioritize. To help you in this monumental undertaking, you can work with up to four of your AI teammates at once, issuing commands in real time so that you can coordinate your attacks.

Every titan has several weak spots that can be attacked to bring them down, the most vulnerable of them being the nape of their neck, which must be destroyed in order to permanently stop a titan. Typically, you cannot go after this spot immediately, and must first take out their limbs to keep them from moving and fighting back. Occasionally you can sneak up on a titan and initiate a surprise, one kill attack, provided they don’t spot you first, but most combat revolves around systematically reducing their defenses until nothing is left but the killing blow. To successfully damage a weak spot, your attacks must have enough speed and the proper directional force, and this is where your ODM comes into play. Using your ODM allows you to latch onto surrounding buildings and terrain with tethers and then propel yourself at great speeds, not unlike Spider-Man flinging around New York City using his webs. Where you attach yourself and how you launch determines your attack angle and speed, and so proper positioning is important; you can’t attack a titan’s right arm if you’re approaching from their left, for instance, and so you’re constantly adjusting your orientation based on where you need to hit.

This traversal method is easily one of the most fluid and fantastically fun ways of moving through a map that I’ve played in quite some time, with a great sense of speed and physical weight which translates into attacks that feel every bit as powerful as they look on screen.

Complementing the fast yet weighty combat is a surprisingly striking visual flair. Videogames have been trying to ape the style and feel of anime movies and shows for decades now, but it’s just recently with games like Dragon Ball Fighter Z and now Attack on Titan 2 that they’ve really met that goal. Attack on Titan 2 is as visually impressive as any anime I’ve seen yet, with a distinct aesthetic that is crisp and fluid even when blitzing through levels at breakneck speeds.

Character animations look equally great, and it’s all brought together by some wonderful voice acting that genuinely captures the physical, mental and emotional struggles our heroes are dealing with. The story in Attack on Titan 2 pulls no punches, as friends and teammates can and will be brutally cut down by your enemies, often in shocking or even grotesque ways. Rather than ignore or downplay that aspect, the story is given the freedom it needs to explore the trauma that the 104th Cadet Corps faces. Developer Omega Force smartly sticks with the default Japanese language track for the game, sparing us the kind of hackneyed English dubs that plague some of their other franchises such as Dynasty Warriors.

A FIGHT FOR THE FUTURE

If I’m being honest, I wasn’t expecting much from Attack on Titan 2, as it seemed like the kind of niche property that would only appeal to fans of the manga/anime, but Omega Force has done a wonderful job of making the world, and its characters, accessible and interesting to newcomers without ever feeling like anything has been dumbed down or left out.

The biggest problem most players will likely run into is the risk of the combat, fun and frenetic as it is, becoming too repetitive. The occasional appearance of Abnormals (titans which do not behave like other enemies and can greatly change the course of any battle) helps to change things up so that they don’t get too stale, but it doesn’t always feel like enough. The story is solid, though, as is the overall presentation. You don’t need to be a fan of the franchise to enjoy this game, but I have no doubt that true fans are going to find even more to love than I did. As for me, I’m off to buy some Attack on Titan Blu-rays and see what else from this universe I’ve missed out on.