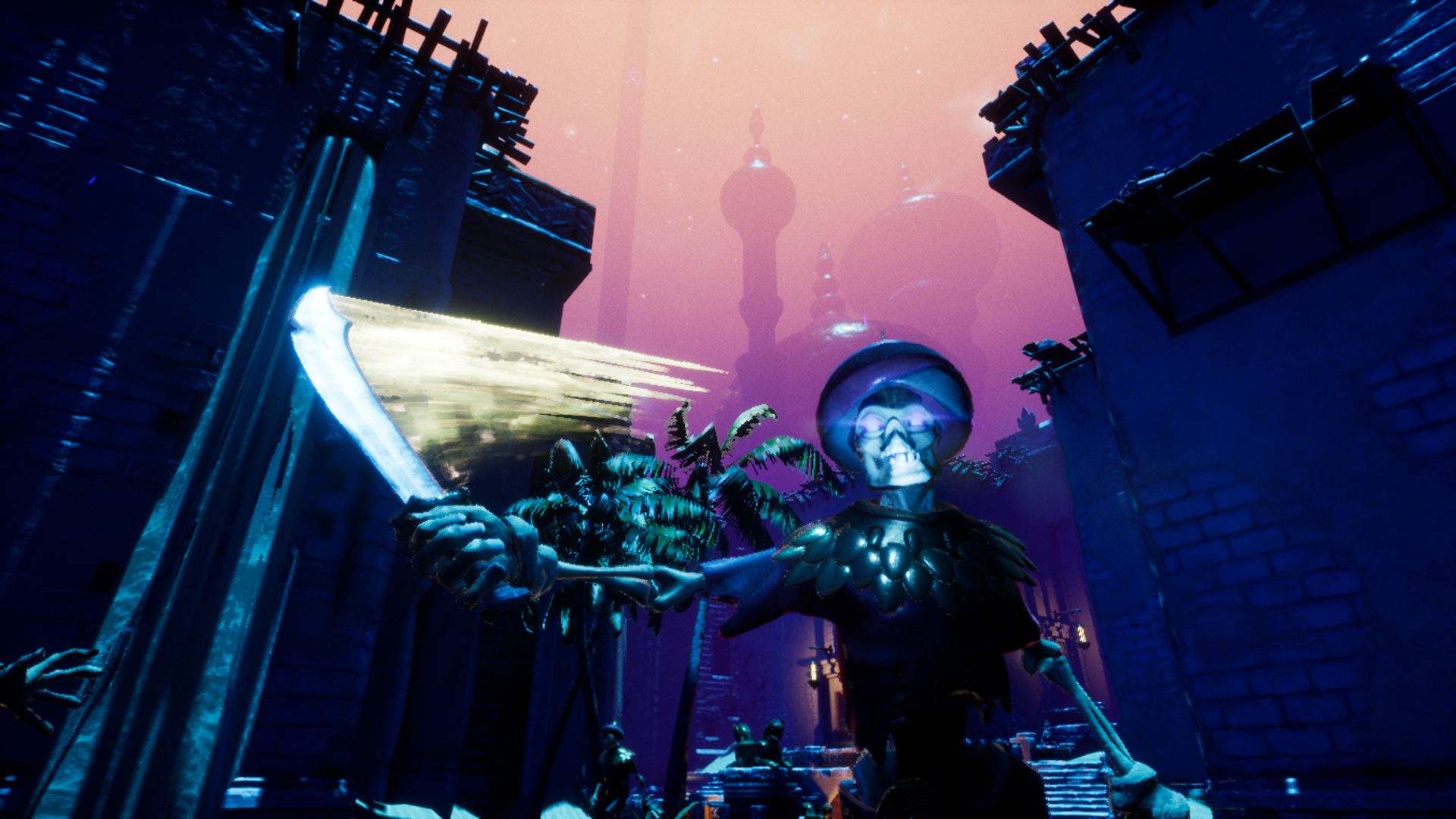 With the rich history and lore of the Arabian region and its people, where so many of our shared stories and fables originate, you’d think we’d be swimming in titles that take advantage of the setting. However, with the notable exception of the Prince of Persia franchise, developers really haven’t bothered. Uppercut Games, mostly comprised of former Irrational Games staff (known for their work on the Bioshock series) are looking to change that with their upcoming rogue-lite hack-and-slash, City of Brass.

Inspired by the famous Arabian folk tales of Arabian Nights, City of Brass puts players in the sandals of a thief looking to pull off the ultimate heist in the magnificent ruins of an ancient Persian city. Armed with both a sword and a whip, players will use both in tandem from a first person perspective to move through the city and defeat their foes, creating what Uppercut promises is a fluid give-and-take combat and traversal system. Players can not only use the whip to stun or disarm their enemies, but to grapple and swing through the city.

Difficulty promises to be flexible as well with what is known as the Blessings and Burdens system that allows players to customize their challenge to their skill set. The rogue-lite nature of the game, with a city that changes with each playthrough, looks to provide a good deal of replay as well. “City of Brass is a fast-paced hack-and-slash adventure leaping from the pages of Arabian Nights,” said Ed Orman, co-founder and designer at Uppercut Games. “We hope players will enjoy plundering the city for its treasures when the game launches this May.”

Check out the announcement trailer below and let us know what you think in the comments!