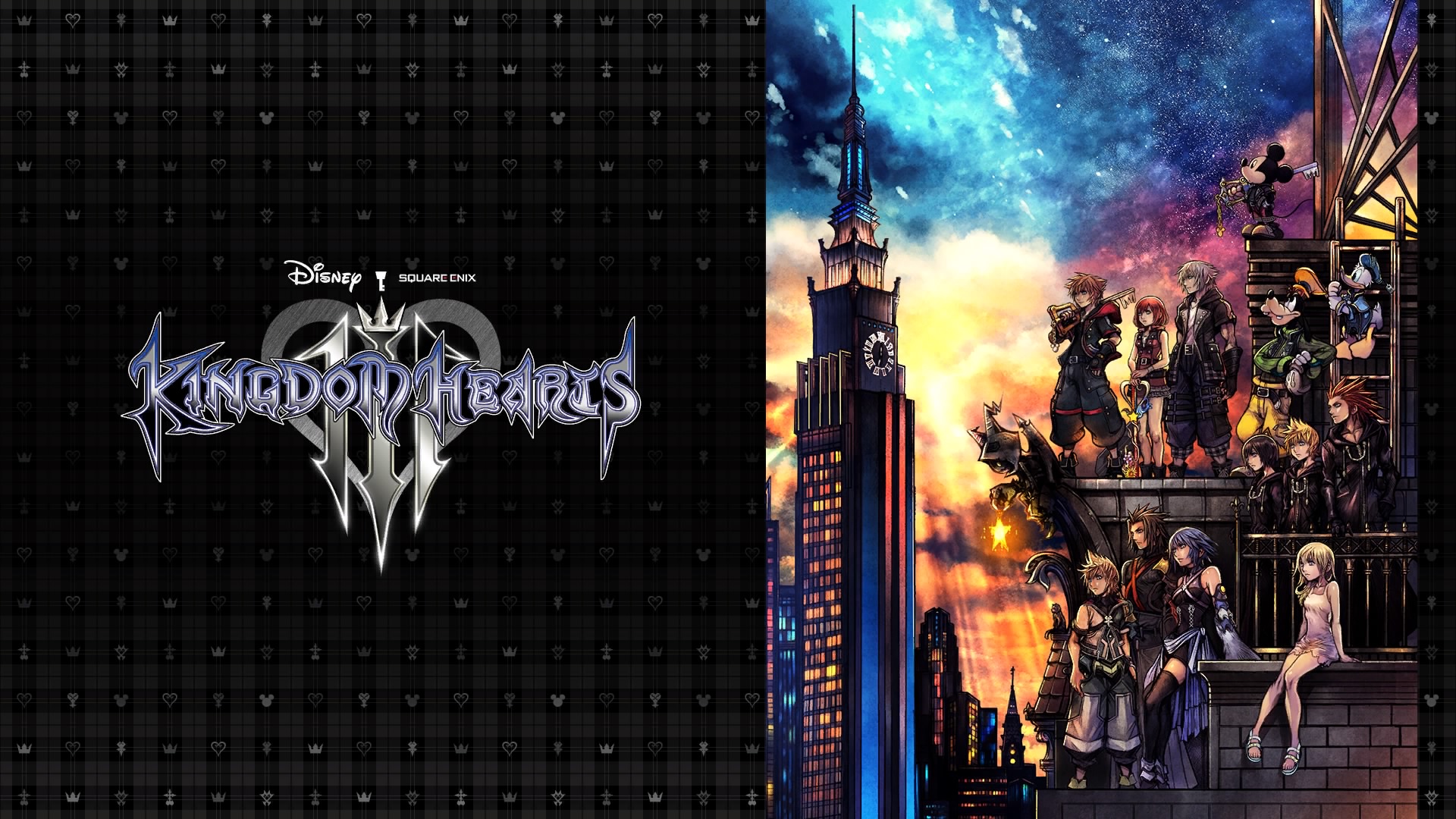 It’s been a long time coming for Kingdom Hearts III. The last game to come out for the series was in 2015 and the last mainline game was clear back in 2005 with Kingdom Hearts II. It’s been a long road of convoluted story lines and appearing on several different platforms, including mobile. You would be excused if you weren’t sure what was going on in this long running series. It’s a complicated story to keep up with when there are so many games on so many systems.

With that said, Kingdom Hearts III does a good job of wrapping things up for the large ensemble of characters. It brings everything together in a final act that is actually quite epic. Gameplay is similar to earlier titles and the game is just oozing with that Kingdom Hearts charm. It’s only slightly marred by a few things. Otherwise you’re in for a treat. Specifically if you are a fan of the series.

Okay, I’ll tackle the proverbial elephant in the room; the story. Welcome to Kingdom Hearts, where there are a ton of characters, several stories strung across almost 17 actual years, and taking place on several game systems. Let’s not forget how complex the story gets when you throw in different worlds, time manipulation, and even one game that takes place in a completely digital world in a computer. I think it’s safe to say you have to be a pretty big fan to have played all the games and know the story by heart.

With that said, I’m happy to say that you don’t have to be that “hardcore” to enjoy Kingdom Hearts III. I played both of the mainline games, Kingdom Hearts I and II, way back when and I also briefly touched on one of the other games (not sure which one it was). To get ready for this game, I quickly watched some videos to catch up with the story. I was a little concerned that I might get lost jumping into this one so I had to try and prepare. Turns out I didn’t need to. Square Enix had me covered.

In the main menu, you can go to the theater section and watch a set of videos that will briefly cover the stories from the previous games. It was enough to give me a general idea of each story and prepared me for the game I was heading into. At the end of the day, Kingdom Hearts is about light vs dark and friendship. In that sense, the story of Kingdom Hearts III is pretty straight forward.

With a quick rundown of previous games I was ready to go. I enjoyed the story when it was all said and done too. Everything is wrapped up nicely and was touching at times toward the end of the game. Though my knowledge of the story was fairly rudimentary, I still enjoyed it all the same. With a story this long and complex, it could have easily gone bad but Square Enix pulled through quite well.

So don’t fear, whether you have played all games or just a few, you can definitely enjoy and understand the story of Kingdom Hearts III. It’s worth noting that if having Final Fantasy characters mixed in with your Kingdom Hearts is important, you might be a little disappointed. This iteration is just Disney/Pixar and Kingdom Hearts characters.

As before, gameplay is a strong point for Kingdom Hearts III. At it’s core, it’s an action-rpg, with emphasis on the action. You control Sora and fight along with Donald and Goofy as well as any other party members from that particular world. Controlling Sora is pretty easy and, for the most part, he does what you want him to do.

The fighting does get quite chaotic though. Compared to the previous main games, Kingdom Hearts III has a lot more going on in the battlefield. Not only is there a lot more enemies to contend with, there are more events that pop up that just add to the chaos.

There are a few events that can happen during battle that add some interesting strategy. The simplest are specific to other characters and happen at seemingly random times and depend on who you happen to be close to. Each is unique for each character and it’s pretty fun to see everyone’s special attack combos. Plus, they work well at clearing an area of weaker enemies.

Sometimes a green reticle will appear around an enemy and you have a short moment to land a hit. Once you do, you can trigger an attraction event which can help even further. This can be one of several rides depending on your location. One puts you in a bumper car and switches to a first person point of view. You then have a limited time to shoot lasers at the enemies. Another event has you hop on a merry-go-round and you have to time button presses with a ring that shoots out energy. One of the flashiest is the Magic Mountain train ride which is reserved for certain bosses and is quite epic.

Bring Your Friends Along

As I mentioned before, Donald and Goofy are constant companions. When you enter other worlds there are characters that follow you from that world. One major improvement here is that unlike the first games, you can take everyone with you. I was always frustrated that I had to switch out Goofy or Donald in order to get that world specific party member. But that’s no longer the case. The characters join the party and you all go out to brawl together, each with their own unique fighting and abilities.

Leveling up in Kingdom Hearts III is similar to previous entries in that you collect experience from defeating enemies. Each character earns abilities as they level up. How you choose the abilities is what makes this system interesting. Abilities run the gamut from simple blocking mechanism, adding mobility to Sora, or giving character’s spell enhancements.

The characters have a set amount of AP (ability points) that can be increased by leveling up or using certain items. You then have to pick which abilities you want active. Each one uses a certain amount of AP so you can’t just have every ability activated all at once. In other words you have to pick the abilities that suit how you want to play the game. It’s a simple system but is still effective in giving you some customization and different ways to play. Which you can change at any time. And don’t forget the abilities and items you earn from leveling up and getting further into the game, including new keyblades.

Gummi Ship is Back!

If you’ve been following this series from the start, you’re most likely aware that the second game was missing a pretty fun section from the first game; the Gummi Ship. I’m happy to say that the customizable ship is back in Kingdom Hearts III.

This makes traveling between worlds a different game on its own. You’ll collect experience to level up your ship as well as find more parts to add to it. Which you can then use to build your own ship. You can also get smaller ships that help you shoot the baddies. Which is a good thing as you need all the help you can get sometimes. It can get quite challenging.

Flying through space is a little more open-ended this time around as well. You pretty much free to fly in any direction. It gives the gameplay a level of exploration that wasn’t there before. Similar to the normal parts of the game, this section of has it’s own unique feel and gives you something a bit different to do in between worlds.

Welcome to the Worlds

There are many worlds in Kingdom Hearts III and each has its own unique flavor. They all feel so different from each other and have their own twist that change up the gameplay. One of the first worlds that really show this is Toy Box (Toy Story). While you do engage in normal combat there are times when you can hop in one of several mechs. 100 Acre Wood gives you some mini games to play. The Caribbean is almost another game on its own and has you piloting a pirate ship and engaging in battles full of cannon fire.

Each world had their own flavor. This stood out to me compared to previous games and I found that very refreshing. It made it so I was never really bored and I was always excited to see the next world. It kept things excited and kept the story going at a good pace.

Loads of Side Activities

If you decide to take a break from leveling up and finding new worlds, there are plenty of side activities and secrets you can discover. There are tons of items to find if you look hard enough and you can collect a wide variety of other things as well. There are even mini games hidden throughout all the worlds. Or you can take a break and play some matching games at the 100 Acre Woods. Both the Gummi Ship and pirate ship sections offer a lot of exploration in their own right. This gives you plenty to do and is a good reason to go back through previous sections to collect everything.

Overall, Kingdom Hearts III looks pretty good. The earlier games have aged well because of the simple but effective art style they used. This one follows suit and looks great. For the most part. Levels look really good and their designs are very interesting and big. I never really noticed any graphical issues and the game stayed solid throughout. But while most of the characters look really good, there were a few that didn’t quite hit the mark.

The look of the characters were real hit or miss in a couple worlds. In the very first world, Olympus (Hercules world), I noticed that some of the characters looked a little odd. It was very subtle and I couldn’t quite figure it out at first. But after playing further into the game and seeing Arendelle (Frozen), I figured that it might be the transition from 2D animation to 3D. It just didn’t work as well. Then everything looked okay until I got to Monstropolis (Monsters Inc.). Sully in particular looked really strange. His hair wasn’t quite right and both Sully and Mike seemed to lack some facial animation.

These didn’t pull me out of the game though because, for the most part, the game looked great. The characters were a little inconsistent, which was a little disappointing.

All things said, Kingdom Hearts III was a treat. As a fan of the first two games, this one was a great conclusion to the long running saga. The story was interesting and didn’t really slow down. They added enough new features to make the game fun to play and I was never bored. I did have to relearn how to sit through long cutscenes (a testament to how times have changed in the gaming world) and I questioned some of the graphics on certain characters. But neither of those ruined my experience. I left the game satisfied and ready to jump back in and find all the hidden secrets in the game. Bottom line, if you are a fan of the series you’ll have to play this one as well (if you haven’t already). But you can also jump in without much knowledge of previous games. That in itself says a lot. Good job Square Enix.