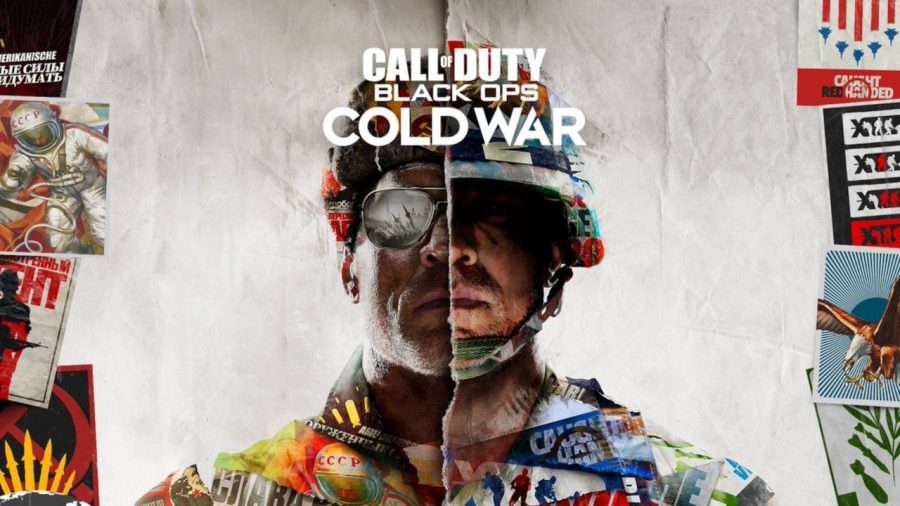 Call Of Duty: Black Ops Cold War is a mixed bag in every sense of the word.
It was developed in a rush after developers Sledgehammer Games and Raven Software couldn’t agree on a similar vision. Treyarch then had to salvage whatever they could to make what was as close to a complete package as possible.

With only a little over a year in development with their new vision, the question was simple; could the devs release a game that is up to par with the standards Infinity Ward set with Modern Warfare 2019, or is Cold War nothing more than a Ghost?

Another year, another Call Of Duty.

I played the PS5 version, and while it looked okay, it still somehow looked graphically inferior to Modern Warfare 2019 on PS4, specifically in regards to lighting and how it interacts with the world. However, while it might not look as impressive as Modern Warfare 2019, it does take you to more exciting environments. You will traverse a beautifully colorful section of Vietnam in the late 1960s, 1980’s Turkey and Germany, as well as various other locations that I won’t spoil in this review.

There is a lot of attention to detail in the campaign, and the writing and set pieces are certainly much better than what most fans have come to expect from a franchise that typically treats its storytelling like a Michael Bay action flick.

Overall the campaign was well written and worth at least a couple of playthroughs, even if it’s lacking graphically.

Use your enemy as a human shield

There’s been a few quality of life and gameplay changes that I really like, such as the ability to detonate explosives by double tapping the circle button. In prior games, you had to use a dedicated detonator, which was fine, but not super fast or convenient. So being able to simply double tap a single button in an intuitive way is a welcomed addition to the Call of Duty formula.

You are also now able to grab enemies and effectively use their body as a human shield, allowing for you to have a form of mobile cover. This is really important, since Call of Duty (campaigns specifically) have always been reliant on cover, so being able to move around while still having some form of cover is honestly rather game changing.

It’s a shame that there aren’t enough scenarios in the campaign to fully utilize the new features.

Zombies started off as a spinoff mode back in 2008 and has evolved into a staple of the franchise.

Maybe They Were Better Off Dead…

Sledgehammer’s Call Of Duty WW2‘s zombie mode was a joyless mundane cluster fudge of arbitrary fetch quests and overly complicated loadouts topped with bland characters and a story that felt as though the writers didn’t care about anything that was going on.

Unfortunately, while there is some enjoyment to be had out of Cold War Zombies, it feels too complicated.

It feels as if there’s more customizable options for your weapons in Zombie mode than in the actual multiplayer.

WHAT EVER HAPPENED TO JUST STARTING UP A MATCH AND HAVING FUN?

I remember back in 2008 how Zombies was a mode where you had only one goal: to survive. There were some things that were added to later maps to give them variety, but the core focus was just about having fun killing the undead.

As the series progressed, the maps became less about figuring out how to survive, and more about completing some ridiculous set of quests. They were still tolerable, as you could still have fun if you wanted to ignore the quests. But nowadays, even just playing for fun has become a chore, as Cold War’s Zombies mode practically forces you to grind for hours just so you can level up your zombie’s profile, which is practically required if you want to survive on your own for very long. Whatever happened to just starting up a match and killing zombies?

In co-op mode, teammates can revive each other

With friends, it’s a little better. You can cover more ground and revive each other, though it still requires extensive knowledge and memorization to progress. There is so much stuff to focus on in Cold War’s zombie mode that it can become quite cumbersome.

I spent half my time in Zombies, figuring out what I was supposed to do. If that’s not bad enough trying to join a game can be extremely difficult. Sometimes it can take up to 15 minutes for you to be paired up with someone.

I spent more time figuring out what I should equip to my character, finagling with the menus, and trying to join a match in Cold War Zombies than I did actually playing it.

Is All That Extra Stuff Really Necessary?

To think that Zombies started off as a mode where you have mindless fun, and it’s evolved into this.

While the minor improvements made to the formula, such as being able to leave a match with an evac instead of simply getting yourself killed to end the game, and the decision to give the zombies health bars, are welcome additions, it still doesn’t make the game fun.

Battle Royale is the new TDM

On the multiplayer side of things, the standard multiplayer has clearly taken a backseat to the Battle Royale mode.

There are only seven maps at launch, and the only one that I enjoyed was Miami. I liked it because it was big, and it feels like the devs put actual effort into recreating the 1980s aesthetic.

All the other maps are just generic environments that you could put into any other Call Of Duty game, and it wouldn’t feel out of place.

Hell, even Miami is somewhat of a reskin of Piccadilly from Modern Warfare 2019.

Call Of Duty: Black Ops Cold War is the video game equivalent to that one kid in class with a sugar rush and an addiction to pixie sticks. Sure, it might be entertaining for a little while, but the more time you spend with it, the more you realize it’s just rambling on aimlessly. Ultimately, with its lack of a clear vision and focus on what makes a game fun, Cold War isn’t going to entertain you for long.