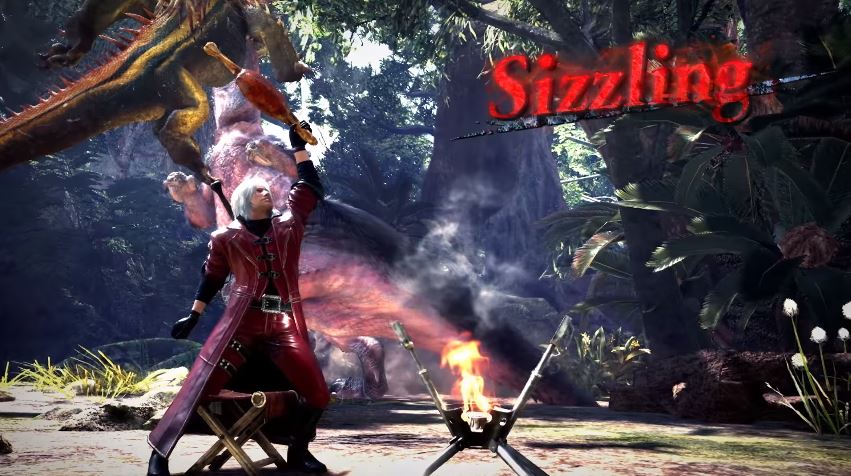 Since its release in January, Monster Hunter has wasted no time in adding crossovers from other games. Earlier this month players were able to gather items to create an outfit that turned your character into Aloy from Horizon. You could even turn your Palico into a little Watcher.

Capcom announced a new addition to the crossovers with a trailer for Dante from Devil May Cry. Not only can you look like Dante, you can also earn what is essentially the Monster Hunter version of the Force Edge, the sword from the original Devil May Cry. This sword can also be transformed into the Alastor sword.

Capcom said that Dante would be available later this year although they gave no actual date. At some point this year Mega Man will show up as well. Details are sparse for both announcements.

Monster Hunter is a pretty massive game and having crossover outfits from other games is a pretty cool treat. If you haven’t checked out the game yet, give it a try. It’s a deep game that is a blast to play. As an added bonus you can play as some cool characters.

What do you think of having these characters in Monster Hunter? Are you excited to hunt some monsters as Dante?