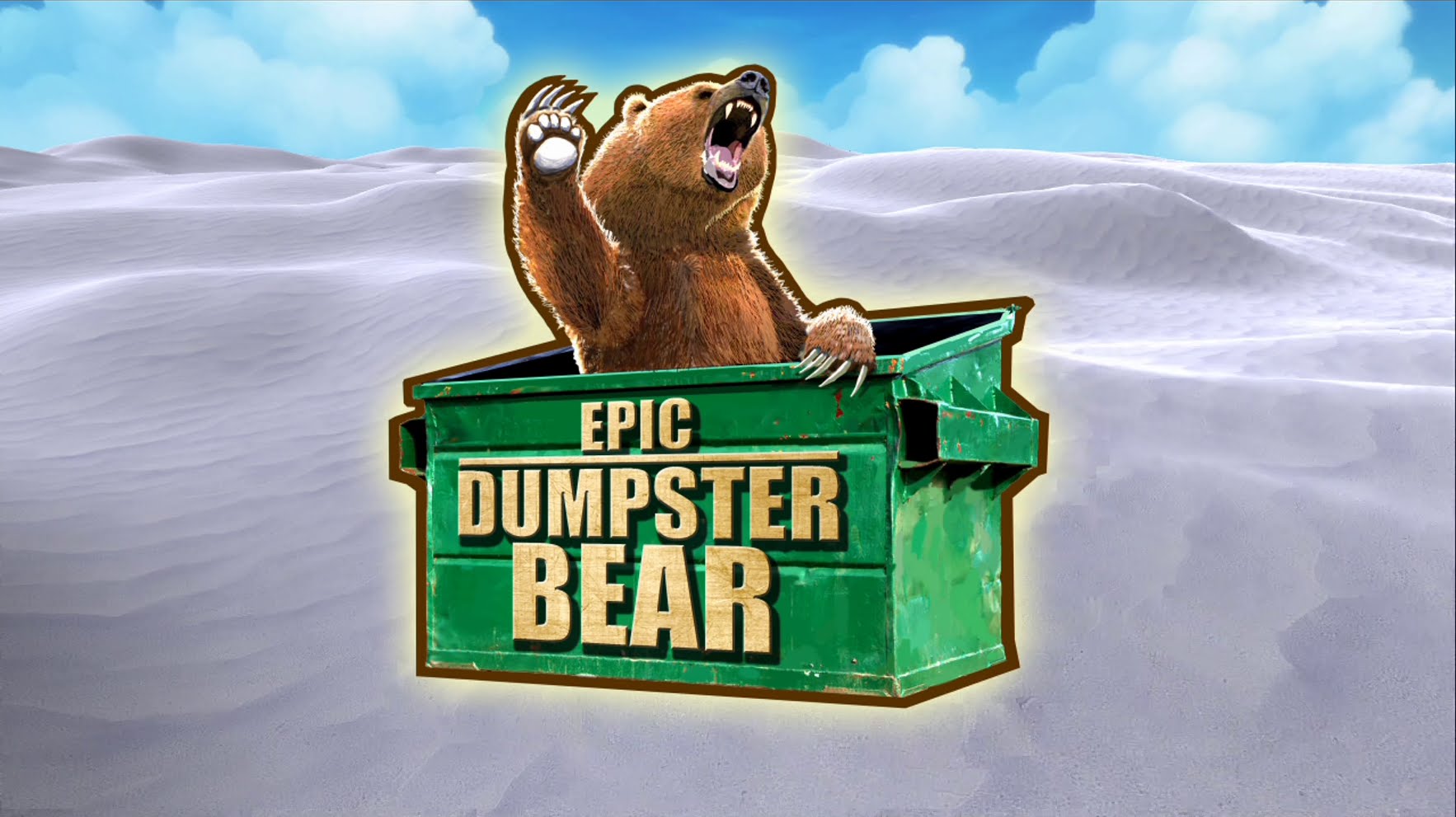 Until last week, I had never even heard of Epic Dumpster Bear, a “throwback to 16-bit classics” that first appeared on Nintendo’s ill-fated Wii U. Apparently it proved popular enough for a PS4 port, this time named Epic Dumpster Bear: Dumpster Fire Redux, though I’m not entirely sure why.

TIME TO TAKE OUT THE TRASH

Epic Dumpster Bear tells the tale of a bear who used to live it up on a wildlife preservation, only to be evicted by an evil corporation. Driven from his homeland and forced to eat trash out of the dumpster, our titular hero finally decides that enough is enough. Now it’s time to… run away from cows and dodge bees, apparently. There’s not much in this game that makes sense, but to expect logic would be to miss the point.

The game borrows heavily from the classics you know, primarily Super Mario Bros, as you’ll navigate 2D levels requiring you to jump on enemies, bounce off walls, find secret exits, and collect hidden coins. There are several worlds, each with an overview map, sort of like Super Mario Bros 3 without any of the attention to detail. Each world has several special levels that can only be unlocked by completing certain tasks, as well as a boss at the end that will more often than not having you throwing your controller in the finest traditions of old school platforming.

All of this sounds like a cheap rip-off of much better games, and it is, with one saving grace – this game is ridiculous in the best possible way. Part of that is its “so bad it’s good” nature, with the D-level graphics and the wildly inconsistent soundtrack that ranges from bluegrass to electronica to overly orchestrated classical tracks; more importantly, however, is that developer Log Games Ltd. knows that. There’s a self-awareness to this game that is quite endearing, as the game plays to the absurdity of its premise, its hero and its entire presentation in a way that makes it impossible not to laugh along, at least for awhile.

For instance, the first trophy I acquired in this game was for using the Salmon power-up, which allows you to double jump by farting. The game doesn’t just imply that this is the case; your double jumps come complete with clouds of fetid fish remains and some juicy sound effects. It’s a shame that you can’t double jump all the time (power-ups vary by level and you can only have one at once), but the game also throws some other completely absurd help your way, such as forcing you to don a soldier’s helmet so you can throw bombs at your enemies.

Did I mention that every level ends with you going for your best belly-flop powered target landing? Because that’s how every level ends, and it made me laugh every single time.

IT’S NOT EASY BEING URSINE

As fun as it can be to dive into a game like this and enjoy it for what it is, Epic Dumpster Bear runs into quite the brick wall with some unforgivable control issues. Jumping is too imprecise for how unforgiving the platforming is, leading to lots of missed landings that end in taking damage from enemies. Combine this with the sparse amount of health you’re given, and you simply die too frequently for the game to stay enjoyable for long. It is possible to buy extra health with the coins you collect through each level, but you’ll want to save those for boss battles, which are particularly infuriating as they highlight every one of the game’s weaknesses without doing much to showcase its strengths.

Platform games live and die by their controls, and Epic Dumpster Bear, for all its wacky presentation and goofy fun, just can’t make the leap from novelty item to legitimate recommendation. It’s unfortunate that Sony doesn’t allow friends to gift games directly to one another, as this is the kind of game that would work great as a digital stocking stuffer during the holidays, especially with the bargain price tag of $5. It’s a great gag that will keep you laughing for an hour or two, but it’s ultimately not a very good game on the merits. If you ever find yourself with a few extra bucks in your PSN wallet and you can’t think of anything else to spend it on, you may want to give this game a shot. Otherwise, it’s best to steer clear.