Well, of course there will be "inconsistencies." Wouldn't be MGS without 'em, right?

The storylines of the famed Metal Gear Solid franchise have always been a little on the intricate side, and that complexity isn't always perfectly managed. And creator Hideo Kojima said that the new upcoming title, Metal Gear Solid V: The Phantom Pain , will have similar difficulties.

In a recent Kotaku interview , Kojima said that because MGSV is a prequel, it's tough to keep the story straight. He said he's fairly certain the "Star Wars" makers had the same problems; i.e., when you try to write something "that was supposed to be in the middle." That leads to inconsistencies. However, it's a sacrifice Kojima is willing to make:

"The most important part is writing something that is fun, something that is impressive, something that is better than it was before. So sometimes in the interest of doing this, of having a better experience, we sacrifice some consistencies in the story. I hope the fans and players understand this, but I need to write the best we can, even if there are some small discrepancies."

Oh, we're all fairly certain that the story will be great. If there are a few kinks, so what? Compelling, complex narratives are always difficult to produce, but we always appreciate them.

I don't mind the odd mistake. But purposefully screwing up the consistency with retcons… nope. What makes Metal Gear so compelling is is story and unique and well developed characters. I don't think any other on going series has kept up the consistency and quality so well. It's not easy to keep continuing a series and keep it fresh, especially if you are continuing the story.

There are a few problems like Frank Jaegers' appearance in Portable Ops. But that game is so bad most of the MG community are arguing if it really can be avoided from the canon of the series. I for one cannot stand it and wish it wasn't.

I'm hoping they don't screw this up though, I have been waiting for something like MGS5 ever since MGS3. To see the after affects and turn in Big Boss. PO & PW have failed to really nail it and only brought baggage to the series.

I'm also annoyed about GZ & TPP being separate. I am hoping that the PS4 version will have a special edition packaging Ground Zeroes and The Phantom Pain as Metal gear Solid V, That's what next gen needs to do to entice me.

Ultimately Konami is going to wanto release both games together and as much as I would like to buy both them separetly on day one, I want them bundled together and for PS4 in disc format.

As far as story goes… I'm used to that. I think it's the best story ever written in video game history. Yes, I love the MGS franchise that much so that's a bias opinion.

Sorry man but I gotta do it.

* "biased" opinion. No such thing as a "bias opinion" exists.

lol thanks. I'm at a work so I type things up pretty fast so I'm inclined to make more grammatical and spelling mistakes. Thanks again though.

It's not just you, I see that one every time someone uses the word on the internet so it got to me. Curse of the English major. 🙂

Believe it or not, I'm very good at writing. At one point I was going to major in it but decided not to despite what my co-workers and professors suggested.

lol, why not just do something new in the universe instead of making the current mythology more confusing?

It's too late. He's already gone down that convoluted rabbit hole. No coming back. Haha

To be great one must be crazy.

Ben, after reading the title, you took the words right out of my mouth in your first two sentences. lol

The overarching MGS story is awesome, but even a huge fan like me gets turned around when you really get into the weeds. It's patently absurd at times (the hand graph plot from MGS2 is literally making me chuckle out loud right now)but it's all part of the fun and silliness that underscores the games. It's super serious, dark, violent, AND just a little ridiculous all at once. I wouldn't have it any other way.

It was recently announced that MGS4: Ground zeroues will have exclusive content on PS3 and Ps4.

Yes, here's an image which pretty much confirms it 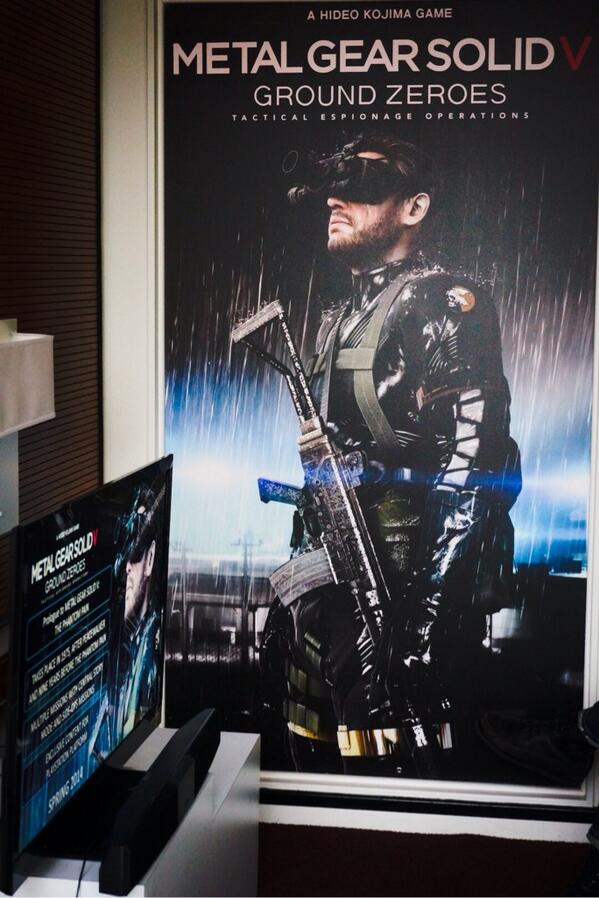 It's a petty move my Konami, but its shouldn't really be on the Xbox to begin with so… no sympathy from me there.

Kojima should hire a superfan to be the Metal Gear Solid Historian, then let people ask him anything or do TV commercials and interviews.

I've played Metal Gear Solid thru MGS4:Guns of the Patriots and I'm not aware of any inconsistencies in the story.
I've always considered it to be one of the best well thought out series in all of gaming next to the Legacy of Kain/Soul Reaver games (sans Blood Omen 2)

Is there something about the handheld releases that screwed around with the timeline or major events in some way?

Those aren't very inconsistent except maybe with some very minor details.

It was the 2 PSP games that brought in rather large inconsistencies. Portable Ops was supposed to be the sequel to MGS 3 that explained how Big Boss went from the good guy to the bad guy, but didn't come close that. It showed how he met young Roy Campbell, tried bringing in most of the cast of MGS 3 despite it not making sense, changed Frank Jaeger's (Grey Fox) story put him the game, and overall the story just didn't fit right.

Peace Walker did a few things too, but nothing quite as bad. It also made the same promise to show how Big Boss becomes the bad guy, and yet again doesn't hit that point by the end. It also brings in Otacon's dad and his backstory conflicts with things that were supposed to be Otacon's grandfather.

There were also a lot of small things in each game that aren't quite worth mentioning, but overall, they did mess up a few things.

Thanks for clearing that up!

This could give someone aids

I have a soft spot for overly convoluted and confusing storylines, though I will admit inconsistencies make my eyes twitch a bit. Still, so long as it's another interesting narrative adding yet another part to the ridiculous flow chart needed to explain the series I'm fine with it.

I'm trying to figure out if Kaz Miller & McDonnell Miller are supposed to be the same guy or father & son. If Liquid was supposed to be impersonating what should be roughly a guy in his late 50s or early 60's then I dunno. Oh yeah, and why does Ocelot already have all grey hair in 5 when he's supposed to be younger then Big Boss? Also, I thought the NSA codebreakers in MGS3 were supposed to be both men. Why did the real Eva never show up? What kind of name is Eva for a guy even if it IS a codename? Why does Eva call herself that even in MGS4 when she's not really Eva to begin with? She rolled the apple to Ocelot as if she was the actual codebreaker & they had a history together. AAAAAAAHHHHHHHH!!!!!!!!!!!

God damnit, I was just starting to get over him, and now he has me interested again.