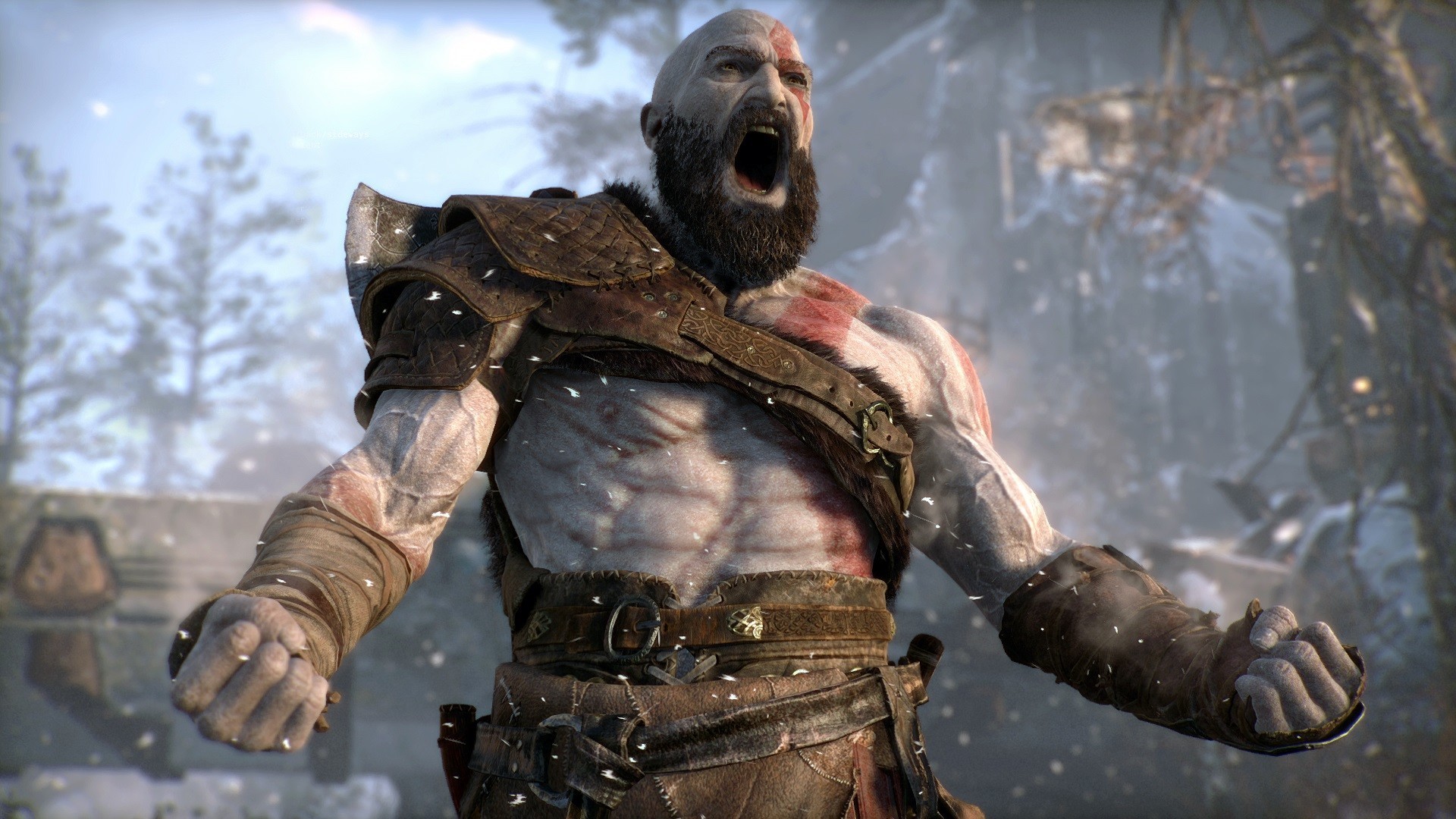 The Game Awards came and went and I have to say it was quite the show. The production quality is getting better every year. This year was really solid and a lot people turned up. There were plenty of surprises as well. The game of the year was actually God of War and I think most people were expecting Red Dead 2 to take that one. They took home quite a few other awards throughout the night. You can check out the full list of winners here.

It seems like the show is turning out more and more announcements and reveals every year. Not only do we get to see if our favorite games win but they also have a lot of exciting announcements. Here are the big reveals from the show. Some were expected. There were quite a few were pretty big surprises as well.

Developers Simigo are known for their mobile games such as Year Walk, Device 6, and most recently, SPL-T. But they started the reveals of the night with their newest project, Sayonara Wild Hearts. It’s been dubbed “a pop album video game”. Sayonara Wild Hearts is set to release in 2019 for Switch and other consoles.

Journey to the Savage Planet

Journey to the Savage Planet is a new game by Typhoon Studios. They are a new studio that includes several industry veterans from the likes of Ubisoft and WB Games. It looks like humor is going to be strong point for this game. A first person adventure game that has you exploring a planet to see if its habitable for humans. It’s set for a 2019 release on PC, Xbox One, and PS4.

Originally launched in 2013, The Stanley Parable is quite the surreal and unusual experience. The game is coming back in a pretty big way. Not only is it coming to consoles but they are adding plenty of new secrets, decisions, and endings to the game. All of which, PC players will get to check out as well. The Stanley Parable Ultra Deluxe releases sometime in 2019.

Not a lot of info is known about this game but it sure looks pretty. The trailer didn’t tell us much but their website gives some more info (link in game name above). It’s a first person survival game and will have you living in a cabin you can build on, cooking food, planting crops, exploring and generally surviving. If it looks this good I’m definitely interested.

It’s been almost ten years since we saw an Ultimate Alliance game, so this reveal was a really nice surprise. Also a surprise is that it’s Team Ninja working on it. Marvel Ultimate Alliance 3 boasts an original story that has superheroes fighting Thanos and his Black Order and includes 4 player co-op. It’s exclusive to the Nintendo Switch and comes out in 2019.

Ubisoft didn’t waste any time starting on their next game. Far Cry New Dawn is a direct sequel to Far Cry 5 and takes place after the (spoiler alert) nuclear ending. For the first time, Far Cry will take place in a post apocalyptic world of sorts. It sure is a colorful world. The trailer also introduces what looks like to be the newest villain, or rather, villains, for the game.

Hades is a new game from Supergiant Games. You know, the creators of Bastion, Transistor, and Pyre? This new game looks just as good as their previous games. Hades is a dungeon crawler that takes place in Greek mythology. More specifically in the Underworld. The cool thing about this one? You can go check it out now on early access.

Take a journey through the past. Way, way, way back in the past of human history. Ancestors takes you back millions of years in human history and goes through many generations from early apes and to our closest relatives. Interesting. This game is more of a project then a game and has actually been in the works for a few years now. It’s set to release in 2019. The trailer shows some gameplay for the game.

Scavengers is a futuristic co-op team based game. Actually the term that has been coined is “co-opetition” as you can eventually turn on your team if you so decide. Large scale multiplayer is the big focus here and will have you fighting alongside both AI and human players in a very aggressive world. There are no announcements for what systems it will be on but you can sign up for playtesting that will take place in 2019 at their website.

Probably the most sought after announcement of the evening was for the Crash Team Racing Nitro-Fueled. Studio Beenox did not disappoint. This is a remake of the original PS1 game and looks to remain faithful to its source. Playstation fans are fond of this game and soon you’ll be able to relive the glory days. Nitro-Fueled is set to release June 21, 2019 for PS4, Xbox One, and Switch

Obsidian is most recently known for the Pillars of Eternity series. Their next game, The Outer Wilds, takes the single player rpg genre to the sci-fi realm. The difference being that it’s in first person more along the lines of Fallout. And while Microsoft did buy Obsidian earlier this year, they are honoring the original contract with Private Division. The Outer Wilds is set to release in 2019.

While Hello Games was working on improving No Man’s Sky, a couple employees took some time to create a Hello Games Short. Similar to how Pixar makes shorts, The Last Campfire is “a way to foster creativity and new voices” according to Sean Murray. No details on platform or release date yet but it still looks interesting.

From the developers of Ark: Survival Evolved comes a pirate MMO. Apparently the map is 1,200 times bigger then the map in Ark. The idea is to have this massive world with a lot of people in it. The trailer shows pirate ship battles and giant creatures to team up against. Set to release next year on PC and later Xbox One.

A simple little teaser from Bioware showed what looks to be a continuation of the Dragon Age series. Whether it is called Dragon Age 4 or Dragon Age: The Dread Wolf Rises, remains to be seen. As do any other details about the game. But they are definitely working on it.

From the creators of Abzu comes their newest game, The Pathless. Just like their previous game, The Pathless looks very beautiful and has you interacting with different kinds of creatures. Namely a friendly hawk. Not much else is known about the game but if Abzu is anything to go by, this is one to keep an eye on. It’s set to release sometime in 2019 for PC and PS4.

Survived By is an online bullet-hell style game with an interesting permadeath feature. “Death is just the beginning” is what’s on the Steam description and that certainly seems to be the case. This is a work in progress and is available now for free on Steam in early access. When the finished version comes out is still up in the air.

The Creators of Stranger Things showed up at the awards show and gave us a trailer for the Stranger Things 3 game. It takes place sometime during the upcoming season of the show. The style is based on the 16 bit era this time around. No news about when it’s coming out but is coming to “all platforms”.

A nice little surprise from NetherRealm Studios was Mortal Kombat 11. It was cool trailer showing a fight between Scorpion and Raiden. Not much else was given at the reveal but they plan on giving everyone more info at an event in January. The release date is set for April 23rd for pretty much everything.

The sequel to the cult classic has been in the works for a couple years now. Double Fine showed us a trailer for the game and it looks just as you would expect a Psychonauts game to look. The style is definitely intact. Unfortunately there is still no news on the release but at least we finally got a good look at it.

The fact that Bethesda has been hard at work on the sequel is no secret but they still showed up at the show and gave us a release date. The single player, post apocalyptic shooter is coming out May 14th on PS4, Xbox One, and PC.

Did you watch the show? What are you most excited about?