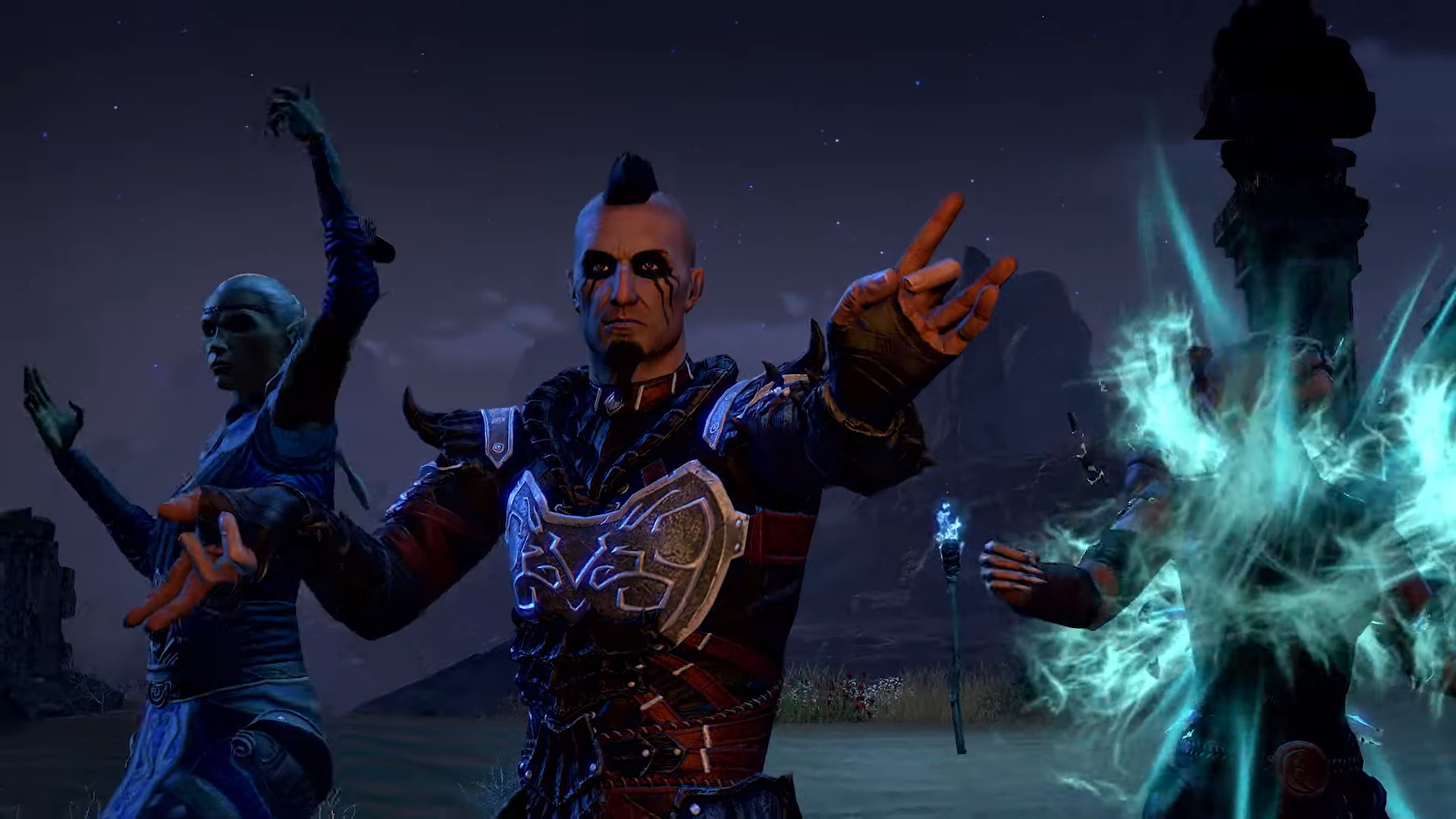 May 3, 2019 Gabriel Stanford-Reisinger — No Comments

Following the release of the upcoming The Elder Scrolls Online: Elsweyr DLC, players will get the chance to play as a brand-new character class: the Necromancer. This class was described in a recent video released by Bethesda.

Creative Director, Rich Lambert, explained that there were three development goals while creating the character class. These goals were to keep it faithful to lore and player fantasy, have unique Necromancer mechanics, and that the class kept its identity.

On the statement about mechanics, he explained as the character couldn’t be a Sorcerer with “undead pets”.

[The Necromancer] couldn’t just be a Sorcerer with undead pets or a Dragonknight with undead themed abilities. It had to stand on its own.

The style of Necromancer combines several magic styles like Congregation, Destruction, and Illusion spells. The skill tree spreads out wide with abilities that benefit the player in multiple play styles.

This may turn out overpowered, but according to Combat Designer, Kyle Nowak assures players they won’t make the Necromancer a “Swiss army knife class”. That means the class isn’t going to be good at everything, but they have yet to express what the class’ shortcomings are.

As a closing statement, Lambert said it will be interesting to see reactions to this class. After all, the Necromancer was highly requested ever since its beta.

The Elder Scrolls Online: Elsweyr is coming to PS4, PC, and Xbox One June 4.

What do you think of this announcement? Will you play as a Necromancer?